The anatomy of tolerance

Human evolution is one of those areas of science in which ideas can change rapidly as new findings are revealed, often turning what we think we know on its head. We can, quite suddenly, see ourselves differently.

The paper in Nature Ecology & Evolution is here: https://go.nature.com/2qhKILb

This was certainly our experience with the findings in this paper. It started with Ricardo’s PhD research at the University of York. One of our specialisations at York is functional anatomy - the practical reasons for the form of our bones and bodies. Ricardo’s research developed one area of this specialisation by considering how the form of the browridge of archaic human crania fitted its function. He used the cranium of a typical archaic human, the Kabwe specimen, to test two main hypotheses explaining its presence. The first, that it fills the gap between the forehead and orbits (eye sockets) was falsified as a single factor explaining its size by simply showing that it is much bigger than it needs to be to do this. The second, that it stabilises the face during biting, was falsified by virtual surgery to remove the brow, followed by virtual simulation of biting and assessment of the strains developed in the face. Because the original cranium and other versions with removed browridges develop comparable strains during biting, he found that there was no particular mechanical function to the prominent browridge seen in the fossil, believed to be an immediate ancestor of our own species, and so biting mechanics has limited impact on the form of the ridge. Like similar browridges in other primates, the form of the browridge may well have related to display. Chimpanzees for example pull the skin tight over their browridge to be threatening to others.

Kabwe 1 cranium (right) shown next to a modern human (left).

This interesting finding might have been the end of our conclusions had Paul not wondered about what the loss of browridges in our own species, and their replacement with our flat foreheads, might imply for communication. He had been perplexed for some time by seeing his teenage daughters spending so much time and effort on the shape and form of their eyebrows. Eyebrows are clearly important. The way in which muscle over our flat foreheads can move the region above our eyes in subtle ways gives our mobile eyebrows an important role in communicating how we feel. We need only to look at some of the images in Darwin’s The Expression of Emotions in Man and Animals (1872) to see this in practice. In losing their browridge and developing a flatter forehead modern humans traded an impressive lump of bone particularly useful in aggression displays for greater mobility of eyebrows and improved abilities to communicate how we feel in complex ways.

Penny recognised the potential wider social and emotional significance to the timing and nature of these changes. Anatomical changes to the brow and forehead pre-date major social changes in our species - particularly new connections made between groups, which seemed to have helped humans to survive in difficult environments. Mobile eyebrows allow complex affiliative displays, such as the subtle eyebrow flash we make to signal to people at a distance that we recognize them and are not a threat, which are likely to have been important in these social changes. In addition to other factors, the loss of the browridge may also be an anatomical reflection of wider selection pressures emphasising affiliative feelings, rather than competition, particularly to those outside a kin group. Much like domesticated dogs developed wagging tails to signal their friendliness to both humans and unrelated dogs at a distance, humans needed to develop ways to signal vulnerabilities and affiliative feelings to people we might not know well - and mobile eyebrows fitted the bill.

We will never look in the mirror in quite the same way again. 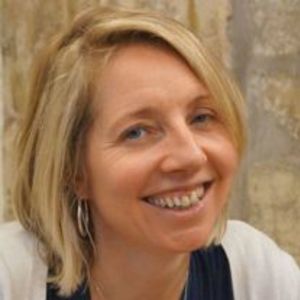