A biodiversity-ecosystem functioning experiment reveals that diversity-mediated interactions among local neighbours are a strong regulator of productivity in mixed-species forests.

One of the most fascinating topics in ecology is the exploration of interactions between plants, specifically in long-living organisms, such as trees. In this context, it is generally assumed that tree-tree interactions are dominated by competition for resources such as light, water or nutrients. We found that this view is generally not wrong, but our understanding of how trees interact is still limited.

Tree communities are considered a network of locally interacting individuals of the same or different species, and thus the response of tree communities to species mixing should be largely the result of aggregated small-scale variations in neighbourhood interactions. Although this hypothesis received increasing awareness in forest biodiversity-ecosystem functioning research, the relative importance of such neighbourhood interactions for the productivity of the entire tree community (i.e. the forest stand) has not been quantified so far. Therefore, our initial interest was to understand how tree-tree interactions in local neighbourhoods translate into the reported positive relationship between tree diversity and forest productivity.

Biodiversity-ecosystem functioning (BEF) experiments offer an unique opportunity to explore why tree species mixtures can yield higher productivity compared to monocultures by identifying mechanisms underlying positive biodiversity-productivity relationships. In this study, we take advantage of doing research in the largest biodiversity experiment with trees worldwide, the so-called ‘BEF-China’ experiment. The joint Chinese-German-Swiss research project was launched in May 2008 and two experimental sites, each c. 25 ha in size, in subtropical China were planted with more than 400,000 trees and shrubs. We were amazed by the growth rates of the species. For example, individuals of Choerospondias axillaris have achieved an impressive height of up to 15 m eight growing seasons after planting (planting height c. 20 cm).

We found that the identity of local neighbours strongly determines a trees’ productivity, meaning that tree individuals growing in a species-rich neighbourhood produce more wood than those surrounded by neighbours of the same species. This can largely be attributed to the fact that competition among neighbouring trees is less prevalent in species-rich neighbourhoods. Moreover, neighbours can also support each other to improve their growth rates if they grow in a species-rich environment. We were very excited about the finding that such local neighbourhood interactions indeed explain more than 50% of the total forest stand productivity. Moreover, the importance of local neighbourhood interactions in regulating forest stand productivity increases as forest stands were richer in tree species. This might be particularly relevant for nature conservation and forestry. For example, afforestation programs may benefit from planting multiple native tree species at the smallest spatial scale (i.e. the local neighbourhood level) instead of planting monocultures or mixing monospecific patches at larger spatial scales.

In short, the identity of local tree neighbours matters for tree growth and forest productivity. Our study provides a clear example that the coexistence of neighbouring trees and their small-scale interactions are substantial in explaining the productivity of species-rich forests. This shows that biodiversity conservation is not exclusively an ecological or ethical issue, but rather a necessity ensuring socio-economic welfare. 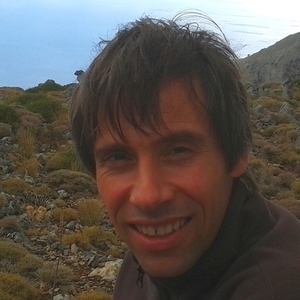