Our paper published in Ecology Letters can be found here.

I applied to graduate schools almost a decade ago with the goal of studying emerging infectious diseases in converted landscapes. The ‘One Health’ concept – wherein animal, human and ecosystem health can and should be managed together – was not a new concept, but actual examples of these dynamic interactions were elusive. I focused my studies on the emergence of Plasmodium knowlesi, a macaque malaria parasite, in human populations in southeast Asia. We now know that the risk of infection is linked to recent deforestation and living in areas where adjacent forested habitat supports reservoir hosts, such as long-tailed macaques.

I was not alone in studying these ideas– Raina Plowright has shown that land use practices change movement and immunity of fruit bats carrying zoonotic viruses, Tom Gillespie had been looking at the impacts of deforestation on pathogen sharing between humans and primates in Africa, and Nicole Gottdenker has set up a long-term study system of Chagas disease across a gradient of land use in Panama. These empirical experts (who also are very fluent in theoretical work), along with interdisciplinary assortment of economists, anthropologists and ecologists came together in 2012 as a part of a working group.

The working group was set up by the fearless leadership of Andy Dobson, Nita Bharti, and Matt Bonds. They recognised a diversity of systems where land use change was impacting disease and identified a gap in our general framework for understanding these complexities. They successfully applied for Venture Working Group funds from the National Center for Ecological Analysis and Synthesis to support a meeting on ‘Understanding how land-use change impacts the dynamics of vector-borne and water borne infectious disease of humans and domestic livestock’ (below, we all look so young!). Subsequent working groups were supported by the National Socio-environmental Synthesis Center. I was lucky enough to be invited along as a graduate student. These meetings gave us an opportunity to share physical space and carve out times to discuss patterns observed across systems that we were familiar with.

I had a toy model that I had developed for my general exams to explore scenarios of Plasmodium knowlesi dynamics in humans, vectors, and macaques across a changing landscape. We adapted this set of ordinary differential equations to represent the range of scenarios in which spillover of pathogens can be observed between two or more hosts (Figure 2).

On top of modelling disease transmission, we also modelled how land conversion changes host populations and contact rates. After a survey of the literature and our own experiences, we assumed that habitat conversion directly impacted carrying capacity for each host and the amount of contact between hosts (Figure 3). This contact rate between different hosts is facilitated by changing habitat edges and is based off of structural properties of the landscape (see SI for justification of these assumptions). Using these two assumptions, we ran deterministic and stochastic simulations to understand how initial disease dynamics and equilibrium prevalence change with landscape change.

We found that across a range of model structures and parameters, intermediate levels of habitat conversion are riskiest for emergence of infectious diseases. This is supported by a variety of systems: from Ebola outbreaks in Africa to bacterial infections; see Table 1 in the main text for more examples.

The framework developed in this effort is exciting in that the proposed mechanisms are fairly straightforward and possible to measure. The model itself can be adjusted to include more complexities, but in its current state explains much of what we know about the human-wildlife disease interface. Moving forward, we hope that this will inspire more empirical studies to improve our ability to predict spillover of pathogens.

Discussions, and occasionally heated debate, during these meetings resulted in several papers beyond the one highlighted here. Many of these integrated empirical data with novel frameworks for understanding patterns of disease across the globe. This included an integrated understanding of malaria in frontier regions, models linking ecological economics and health, and null models for biodiversity loss and disease dynamics during habitat loss. We are grateful to funding from NCEAS and SESYNC for making these connections and all the late-night discussions (some involving ice cubes as a model of habitat loss) that made this work possible. 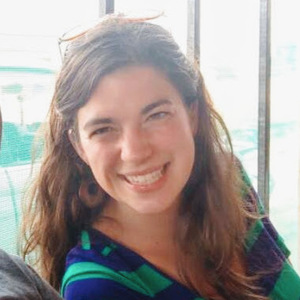