What do pill-bugs and Escherichia coli have in common?

When we started working on the project published today in Nature Ecology and Evolution we couldn’t foresee that our experiments with the bacterium Escherichia coli and the evolution of multicopy plasmids would answer such an unusual question.

But, first, let me add some context to our story. A major difficulty for the evolution of novel traits is the fact that mutations providing a new function are usually deleterious to the ancestral one, leading to a trade-off between new and ancient activities. Without such trade-offs, organisms would resemble “Darwinian Demons”, hypothetical creatures that can maximize every aspect of their fitness simultaneously, being able to reproduce infinitely, thrive in any possible environment and live forever. In real life, however, the interplay between selective pressures and trade-offs shape the evolution of all living beings. Eukaryotes can sometimes overcome the constraints imposed by trade-offs thanks to the genetic redundancy provided by polyploidy; one genetic copy maintains the ancestral function while others are free to acquire innovative mutations. However, how haploid organisms such bacteria are able to escape the restraints imposed by trade-offs is far less clear.

From left to right, Jeronimo, Charles and Alvaro during the 2016 International Society for Plasmid Biology meeting, where the preliminary results of this work were first presented. Photo taken in the Cambridge University Library.

We hypothesized that multicopy plasmids may alleviate the restraints imposed by trade-offs during evolutionary innovation in bacteria. To test this tantalizing possibility, we reconstructed the evolution of an antibiotic resistance gene that is well known to be severely constrained by trade-offs. By combining experiments with mathematical models (developed by Rafael Peña-Miller's group), we found that genes encoded in multicopy plasmids can coexist with their evolved alleles under a dynamic equilibrium. This co-existence is crucial to withstand selection for both alleles during combined antibiotic therapy, and allow bacterial populations to thrive in a wide range of environments. Hence, when evolving genes are encoded in multicopy plasmids, bacteria can become Darwinian Demons and escape the restraints imposed by trade-offs during evolution. Together, our results add to a growing body of literature pointing out that plasmids –in particular multicopy plasmids– are excellent scaffolds to promote the evolution of resident genes, suggesting the possibility that bacteria may use them as evolutionary “testing platforms” that facilitate the development of new functions, such as antibiotic resistance.

From a broader perspective, our results contribute to explain why multicopy plasmids are so common in free-living bacteria, but also in bacteria that have suffered extensive genome reductions. It is surprising that after loosing most of their genomes, some of these bacteria still conserve their mutlicopy plasmids. Among the most extreme examples of these genome reductions are mitochondria; once free-living bacteria, mitochondria have been kept in tight symbiosis with its eukaryotic host for billions of years, loosing most of their original DNA. Strikingly, the  remaining mitochondrial DNA is extremely similar to multicopy plasmids; it’s a small, self-replicating, circular DNA molecule that is maintained at dozens of copies per mitochondrion. And the parallelism doesn’t stop there: mitochondrial DNA also support long-lasting coexistence of  different alleles of the same gene. This phenomenon was recently reported in pill-bugs. These adorable creatures carry a polymorphism in their  mitochondrial DNA that has been maintained for thousands of years. This polymorphism has become key to their survival, as it allows pill-bugs to synthesize mitochondrial proteins correctly. Pill-bugs would die without that polymorphism, just as E. coli cells facing  combined antibiotic therapy without their multicopy plasmids. 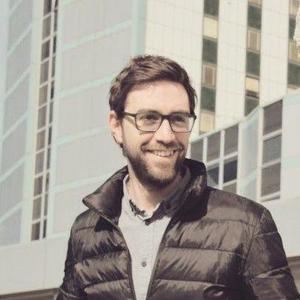