This post is about the paper published in Nature Ecology and Evolution and available here: https://www.nature.com/articles/s41559-018-0496-4

Since the early 20th century, it has been appreciated that mutations can be a cause of human disease. Deleterious mutations decrease the fitness of their carriers and are eliminated every generation by natural selection. This selective elimination generates a load, a sort of burden, which can be understood as a cost in terms of number of deaths per generation that a population will sustain. This is the price to pay for the ability of populations to evolve and adapt to environmental challenges. For very large, stable populations, the deleterious burden will solely depend on the rate of introduction of deleterious mutations, i.e., the mutation rate, and not on how harmful mutations are. However, small populations or populations that have undergone large and sustained population size reductions can experience an accumulation of deleterious mutations that can further exacerbate their population decline and even lead them to extinction. There is increasing evidence that such was the fate of some extinct hominins such as Neanderthals. In light of this, we wondered whether some extant human populations could have accumulated more deleterious mutations than others, and, if so, which are the demographic factors that explain such a reduction in selection efficacy.

Our mind came to think about subsistence strategy, which has been one of the biggest factors influencing demographic events such as the rise and fall in population size. For example, the transition from food collection to food production has been probably the most important innovation in human history, that led most, previously small, nomadic groups to settle in rural, densely populated communities. However, around 5% of human groups have continued to subsist primarily by hunting and gathering. We wondered whether these two types of subsistence strategies, agriculture and hunter-gathering, have had a sustained impact on demographic history to differently affect their burden of deleterious mutations. Thanks to long-standing collaborations with scientists from the Musée de l’Homme in Paris, the Universities Omar Bongo (Gabon), Montreal (Canada), and Pennsylvania State University (USA), we gathered a large collection of 300 samples from rainforest hunter-gatherers (“pygmies”) and sedentary agriculturalists from the central African belt.

Figure 1. The sampling locations in western and eastern central Africa of rainforest hunter-gatherers (wRHG and eRHG) and neighbouring agriculturalists (wAGR and eAGR). We also used a sample of Europeans from Belgium (EUR).

After exome sequencing and data processing, we first observed that rainforest hunter-gatherers actually harboured the highest diversity in our examined samples, and possibly among the highest of the world! Our reconstruction of the demographic history of these populations, over the last 150,000 years, confirmed that the effective population size of rainforest hunter-gatherers was at least as large as that of the ancestors of agriculturalists for most of their evolutionary past. However, during the last 20,000 years, rainforest hunter-gatherers have experienced a massive population size reduction of almost 80%, while agriculturalists’ population sizes doubled. Another surprise came next when we examined the mutational load in their genes, and found that farmers and hunter-gatherers did not display differences in the average number of deleterious mutations per individual. After much discussion, we realized that these observations came in line with some recent work with similar findings in other populations such as the Europeans, which have also experienced a large bottleneck and founder effects during the out-of-Africa event, but display no differences in deleterious load with populations with more stable population size. To obtain an evolutionary explanation of these findings, we conducted large scale, realistic simulations according to the parameters of the demographic history that we inferred. Our simulations revealed that our empirical observations are indeed expected, and can be theoretically reproduced if we assume that most mutations are on average semidominant, i.e., they have some detrimental effect on heterozygous individuals and a larger effect on homozygotes. We reasoned that the duration of the bottleneck of hunter-gatherers was not long enough for them to experience a detectable increase in their additive mutation load. Our results for fully recessive mutations that exert their deleterious effects only on homozygotes were slightly more complex, but our evidence supported that these mutations are likely small in number. Furthermore, we found that genetic exchanges between the two groups (admixture), which have been recently very frequent between hunter-gatherers and farmers, probably acted as a beneficial factor for hunter-gatherers by reducing their recessive load compared to a scenario in which they would have been genetically isolated since their bottleneck.

Figure 2. On the left (a) we have a model for the joint demographic history of hunter-gatherers (green), farmers (red) and europeans (blue). In the middle (b) we have the simulated trajectory of mutation load trough time assuming an additive model of dominance and on the right (c) the trajectory for a fully recessive model of dominance. The additive mutation load is rather insensitive to short term fluctuations in population size, but recessive mutation load appears to be affected more drastically.

Our results do not exclude definitively the possibility that deleterious mutation load differences exist between human populations. Our simulations indicated that population bottlenecks can lead to a temporary excess of strongly deleterious to lethal recessive homozygotes. Therefore, there could still be differences in the occurrence of deaths early in life between populations due to these mutations, which we could not possibly detect in our samples of adult healthy individuals. Ultimately, we feel that a full reconstruction of the mutation load trajectory of extinct and extant hominins, by using ancient and modern samples, is needed to understand whether deleterious mutations and their dynamics during major changes in population history contributed to past extinctions and whether they pose a substantial burden to small, isolated populations. 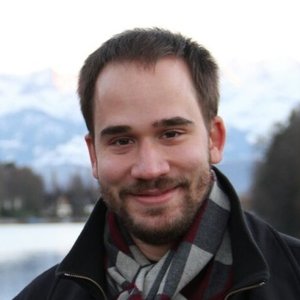 Population geneticist interested in demographic history and the effects of mutations on fitness and phenotype., University of Lausanne