Our paper “  in Proceedings of the National Academy of Sciences USA can be found here: http://www.pnas.org/content//115/7/1552

The genes of the Major Histocompatibility Complex were discovered while investigating tissue graft rejection in laboratory mice. These genes were found to play a crucial role in the vertebrate immunity – specifically, to tell self-peptides from those of pathogens, cancers, or other ‘foreign’ tissue. Researchers were immediately fascinated by their extreme polymorphism, with hundreds of alleles routinely present in a population. One of the earliest and most influential hypotheses was proposed by Walter Bodmer in 19721. He suggested that pathogens will evolve to make their peptides hard for the host’s MHC to bind to, which should, in turn, give an advantage to novel or rare MHC variants to which parasites have not had a chance to adapt. While the prediction of his hypothesis is simple – novel or rare alleles should be associated with low parasites load – it turned out to be difficult to test2. Novel alleles occur in too low frequencies to allow meaningful statistical analyses, and relying on snap-shot data on allele frequencies in the field is not good enough – a currently rare allele could be one that was common in the recent past and is still selected against, and vice versa for common alleles.

When I started to study guppies in the field, I thought that one way around these analytical problems was to introduce novel alleles to a population from another, well-separated population. Guppies are widespread in freshwater streams of tropical America, including many islands, meaning that there are many populations that do not exchange genes. We collected guppy DNA samples from Venezuela with this idea in mind, but the country’s subsequent political turmoil forced us to abandon our plans. Separately, Cock van Oosterhout had been thinking along similar lines on testing rare allele advantage. After talking at a seminar, we decided to team up and, with his long-term collaborator, parasitologist Jo Cable, make the experiment happen in Trinidad and Tobago, where they have both worked on guppies and their parasites. After securing funding from the Polish National Science Centre, we assembled a team that included a post-doc, Karl Phillips, and a PhD-student from Trinidad, Ryan Mohammed, and set out to work!

As a guppy parasite we used a monogenean fluke, Gyrodactylus turnbulli, nicknamed ‘gyros’. Jo’s experience with gyros was instrumental for the project, as her research group’s methodology allowed us to perform controlled infection trials by encouraging gyros to jump from infected fish to other fish.  But at the beginning, everything went wrong: the fish weren’t breeding (our experiment’s design required two generations of artificial population crosses); logistics and equipment sourcing on Tobago were routinely problematic; Karl contracted a debilitating disease of unknown origin; and crucially, we could not keep gyros alive in tanks at our field station. But we kept trying. After a lot of dead ends and false starts, Karl and Ryan discovered that it was the rain water that we stored in a big tank in the field station that was killing gyros! We never did work out exactly why, but it was pretty clear-cut, and from then, our luck turned! We managed to perform the big experiment and, after the follow-up work in the genetics lab, we found the novel alleles do indeed help guppies to control infection levels! This shows that Red Queen process, here referring to adaptation arms-race between hosts and their parasites, is important in driving evolution of MHC genes.

If I were asked to name the most important factor that tipped the balance towards the final success of the project I’d say:  perseverance. And Karl had it, though he’d be the first to admit his sanity suffered the occasional wobble! He spent a year and a half of a heroic time on Tobago, supported by the similarly perseverant and heroic Ryan, and other team members who took turns in helping Karl at the field station.

Where next? We showed that MHC novel alleles give host an advantage, and the next important prediction to test is that when these alleles increase in frequency, their advantage should be lost as the parasites become adapted. The tempting solution would be to introgress MHC alleles between isolated populations, but we feel that disrupting the genetic structure of natural populations is ethically dubious. So we will look out for natural introgressions and try to collect long-term data which would allow to uncover frequency-dependent selection on the MHC and find the next piece in the puzzle. 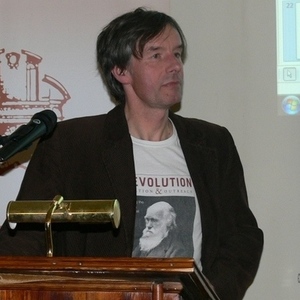