Oxygen sensing at the dawn of animal life

The canonical oxygen-response mechanism for animal life evolved more recently than previously thought, shedding new light on the co-evolutionary history of early animals and the oxygenation of Earth’s surface environment.

Our paper in eLife can be found here.

Animals are evolutionary newcomers here on Earth. By the time animal life emerged, over 80% of Earth history had already elapsed. Before this time, life was exclusively microbial. Filaments, clusters, and colonies of single-celled organisms certainly existed, but the kind of multicellularity exhibited by animals did not. Why was this the case? Why did animals take so long to evolve?

One of the most popular solutions to this problem concerns the atmosphere. Like animals, current atmospheric oxygen levels established themselves only recently in Earth history. Since modern animals are predominantly aerobic (obligate anaerobiosis is either non-existent or extremely rare in animals), then perhaps atmospheric and marine oxygen levels were too low, or too variable, to support the continued existence of animal life until around 800 million years ago. This all depends, however, on how the earliest animals responded to changes in environmental oxygen availability. Many living animals, especially those constantly bathed in our modern oxygen-rich atmosphere, are unsurprisingly ill equipped to deal with low-oxygen, and have to go to extra measures to endure it. But was this also the case for the very first animals?

Unfortunately, we can’t perform experiments on our earliest animal ancestors. We can only work with the various animal lineages alive today. But by comparing the mechanisms that modern animals, including ourselves, use to respond to low-oxygen, we can begin to reconstruct whether these mechanisms extend back to our most recent common ancestor. Of particular interest is the HIF pathway (named after oxygen-sensitive proteins called hypoxia-inducible factors), which initiates a variety of changes that allow animals to maintain cellular oxygen homeostasis while under low-oxygen (or ‘hypoxia’). The HIF pathway is found in various animal lineages, from placozoans to cnidarians to chordates. However, is it present in all animal lineages? Is this pathway an ancestral feature of animal life, or did it evolve more recently?

These questions ultimately led me to Gert Wörheide’s laboratory at the Ludwig-Maximilians-Universität (LMU) in Munich as a visiting PhD student. Gert’s group specializes in the biodiversity and evolution of non-bilaterian animals, particularly marine sponges. Gert, primarily the Chair of Paleontology & Geobiology at LMU, is also the Director of the Bavarian State Collections of Palaeontology and Geology, and has a solid background in paleobiology and geobiology, which makes his lab an ideal place for investigating these sorts of geological-biological questions (not to mention the close proximity of his lab to some of Munich’s finest Biergärten). Together with Gert’s postdocs, Warren Francis and Sergio Vargas, we found that the genomes of sponges and ctenophores – likely the first two animal lineages to diverge from the last common ancestor of animals – lack key components of the HIF pathway. We experimentally confirmed the absence of the HIF pathway in sponges by observing the marine sponge Tethya wilhelma, an emerging model organism, under low oxygen levels in Gert’s research aquaria. Consistent with the predicted absence of the HIF pathway from our comparative genomic work, we found that T. wilhelma maintains normal gene expression down to oxygen levels as low a 0.25% of modern atmospheric saturation – the lowest levels we observed. Together, our data suggest that the HIF pathway evolved after ctenophores and sponges diverged from the remaining animal lineages, and that the earliest multicellular animals did not respond on the transcriptional level to low oxygen availability.

Our experimental setup at LMU. Details of the apparatus can be found here.

What do our results mean for the origin of animals? For one, the earliest animals did not need to alter their gene expression to live under low-oxygen, at least not in the same way as modern HIF-bearing animals (i.e. all animals except for sponges and ctenophores). HIF-driven transcriptional control only came later, after sponges and ctenophores diverged from the remaining crown-group animals. Interestingly, my colleague Emma Hammarlund and her collaborators independently published a paper in Nature Ecology & Evolution earlier this year arguing that the evolution of HIFs allowed animals to promote stem cell features and tissue renewal in oxygenated environments. Their reasoning predicts that the earliest animals exhibited a greater degree of totipotency and limited terminal cellular differentiation, which they controlled via oxygen gradients maintained by molecular diffusion and metabolic activity (as opposed to HIF-driven regulation). Together, our results suggest that life under low-oxygen was the ancestral state for animals, and that HIFs were instrumental to the subsequent diversification of certain animals into more oxygenated environments. Perhaps, then, low-oxygen was less problematic for animal origins than previously thought – the real challenge was adapting to life under high-oxygen. 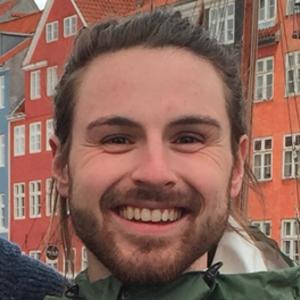