Local and global adaptations in humans

We leveraged a scan for signatures of recent positive selection to study how often these recent adaptations are uniquely local or shared across a large number of populations.

Our paper “Patterns of shared signatures of recent positive selection across human populations” is available in Nature Ecology & Evolution.

This project began during my first lab rotation of graduate school, when I was learning to code by performing a scan for positive selection in humans. These scans identify regions of the genome that harbor evidence of a genetic variant that confers an adaptive advantage, and has increased in frequency in a population over time. A classic example is the lactase region, the gene that when expressed into adulthood results in lactose tolerance. This region has undergone positive selection on genetic variants conferring lactose tolerance multiple times independently in different human populations, including in African and European populations. This example is also notable as it is one of the few regions with evidence of recent positive selection where the selected trait (in this case, lactose tolerance) is known.

Scans for recent positive selection do not identify a gene or trait under selection, but rather a (sometimes quite large) region of the genome with a pattern of genetic variation consistent with recent positive selection. Previous studies have noted that signatures of positive selection often occur in the same genomic regions in more closely related populations. An unanswered question we were interested in was, how often do these overlaps represent the same selective event? Put another way, how often is the selected variant and phenotype the same in different populations, versus an independent selective event in the same region (like lactase in Europeans and Africans), or even different events targeting different genes in the same region? We reasoned that if the selected event was shared, the haplotype (genetic variants linked to the selected advantageous variant) under selection would be the same in each population. While we couldn’t necessarily determine that the selected trait was shared, we might bring data to bear on the question of whether the selected variant looked the same.

Photo by Tim Mossholder on Unsplash

By comparing the selected haplotypes across populations at each putatively selected region, we were able to quantify how often these events appear to be shared or unique. As suggested by previous research, more closely related populations had more shared signals. We also unexpectedly found examples of sharing across African and non-African populations, surprising given the relatively recent expected age of these signatures compared to the estimated time of divergence of those populations. One of our favorite sites highlighted in the paper is an example where the selected haplotypes were not shared, but appear to share the trait under selection. The alcohol dehydrogenase cluster encodes enzymes that play an important role in alcohol metabolism, and has previously been shown to be under selection in East Asians. We found an additional signal of positive selection in an African population (Yorubans in Nigeria), and it seems to have the same molecular mechanism under selection in East Asians. In both East Asians and in Africans, the genetic variants on the selected haplotype are associated with increased alcohol dehydrogenase activity and decreased risk of alcohol dependence. We were excited to observe this potential new signal of convergent evolution. 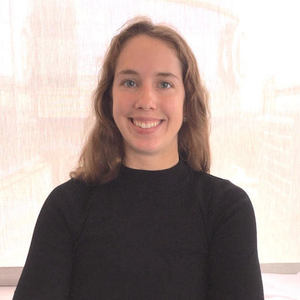