Forecasting changes in threatened communities undergoing recovery actions is hindered by very little information on individual species’ responses to threats and their mitigation, as well as uncertainty in which species might benefit or suffer under alternative management strategies. In our new paper published in Nature Ecology and Evolution, we show how to use coexistence theory to learn how entire communities will respond to independent and combined threat management actions.

The study "Species co-occurrence analysis predicts management outcomes for multiple threats" (Tulloch AIT, Chades I, Lindenmayer DB) is published in Nature Ecology and Evolution and can be found at: http://go.nature.com/2Cvq2Ck

We are bad at predicting management outcomes for entire communities…

Despite decades of studying species’ responses to environmental change and, more recently, the threatening processes that destroy their populations and habitats, we know almost nothing about how most communities will respond to management of the multitude of threats acting on them. Our lack of knowledge is driven partly by a failure to adequately monitor our manipulations of and impacts on ecosystems and species, but more generally by an inability to collect enough information across space and time to build good predictions. I recently went through my own research to prove this point…in 3 papers published in 2016 evaluating the effects of management on species in Australia, one was only able to predict the likely outcomes of protection mechanisms for <60% of nomadic Australian birds, another predicted fire management outcomes for a mere 12% of Banksia species in south-western Australia, and the third managed to predict likely responses to threat management for 42% of woodland birds in the endangered Box-gum Grassy Woodlands of eastern Australia.

Researchers, managers and governments want to recover communities of declining species, but how can we do this if we don’t know which species will benefit from which management action? The answer is superficially simple: collect more data to inform management. But in most cases this is impossible. We are constrained in everything we do by limited conservation funding and time. We simply cannot afford to wait until all the information we need is collected, as every day we wait pushes species closer to extinction – a fact brought home clearly by the recent extinction of the Christmas Island Pipistrelle while government officials delayed action.

Our solution to the knowledge gap: Predict responses to management of “unknown” species using partial data and coexistence theory

We suspected that animals undergoing multiple threatening processes who share resources when they are limited would be more likely to respond in the same way to recovery actions than animals who avoid one another in the resource-limited landscape. We used this knowledge to predict which species would benefit, and which would lose, from different management actions. Our hypothesis was that species that co-occur with a “lost” species in a threatened landscape are more likely to be lost (due to shared resources or environmental requirements being lost). Species that co-occur with “recovering” species are more likely to recover (due to shared resources being restored).

A hypothetical species co-occurrence network representing shared environmental requirements of species K1 and U1 in pine forest patches and species K2 and U2 in woodland patches. K species have a known response to management, whereas U species have no information on likely outcomes of threat management.

We modelled the likely responses to threat management of all 88 bird species persisting in remnant patches of endangered Grassy Box woodland of south-eastern Australia. Our approach required two sets of information: models predicting the expected change in a species’ colonisation of patches if one or more threats were reduced, and information on how that species shared existing space and resource with other species. “Shared space” was estimated using a method called co-occurrence analysis, which calculates the likelihood that two species will be found in the same patches. Co-occurrence analysis relies on basic information on the presence or absence of each species in every patch, and therefore can be estimated for most species in a landscape. Models of species responses to management, however, generally require surveys repeated over temporal or spatial gradients of change in a level of a threat, and require a certain level of species detection to ensure a good model can be produced that relates the species’ occupancy of the landscape to variation in the threat. This is really hard to achieve for most species, and we were lucky to be able to produce models for 37 of the 88 species detected in >1% of surveys. Thus, we used only partial information on the responses of 42% of the bird community to predict change in 100% of the species under alternative management actions of either reduced livestock grazing, improved tree cover or reduction in an overabundant native competitor, the noisy miner.

Despite overwhelming evidence that most ecosystems are exposed to multiple co-occurring threats that need to be managed simultaneously to recover species, no studies have attempted to predict the likely outcomes of mitigating multiple threats on the entire community of species, information that is vital to effective management decisions. We have shown that managers can use co-occurrence relationships to understand the entire community of responses to different land management actions, and ensure that the sets of actions chosen to recover communities not only maximise positive responses, but also minimise the chance of perverse outcomes such as population declines in response to actions that hinder rather than harm recovery.

Our paper shows that analyses of co-occurrence networks are crucial for informing decisions about threat management when there are uncertainties about which species might benefit versus suffer from a given action and not enough time or money to learn about every individual species’ response. By thinking not only about individual species but about how they share space and resources with others, we can ensure that management actions are chosen that benefit the most vulnerable species, and avoid actions that might lead to unintended declines. 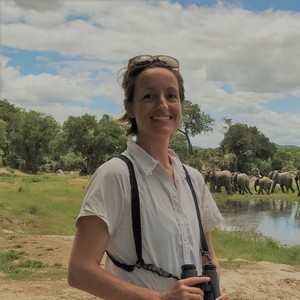