The results of our recent modeling study challenge the assumption that rats spread plague in Europe during the Second Pandemic.

Plague ravaged Europe during the Black Death (1346-1353), killing at least one-third of the European population in less than a decade. It marked the beginning of the Second Pandemic (14th-19th centuries), a long period of plague epidemics that occurred in Europe, the Middle East, and North Africa, over hundreds of years. Biologists, archaeologists, historians, and others, are only now beginning to uncover the mechanisms that gave rise to this pandemic.

The plague outbreaks in Europe were, by all accounts, significantly more severe than those during the Third Pandemic, which began in the 19th century in Asia. The differences between the two pandemics led many historians question the cause of the Second Pandemic.

Where did the disease come from? Was there a reservoir in Europe or was the disease continually reintroduced? How did it spread? Was it caused by rats? Why did it disappear?

In 2013, the MedPlag project began, led by Barbara Bramanti, with the aim of answering some of these questions. The project was motivated by her previous work, which confirmed that Yersinia pestis was the causative agent of the Second Pandemic through ancient DNA analysis of plague victims. In 2014, I joined the modeling side of the project as a graduate student of Boris V. Schmid and Nils Chr. Stenseth. Modeling was a way to use historical records to answer some of the questions that ancient DNA could not.

We were interested in the transmission routes of plague during the Second Pandemic. The classical theory of rat transmission was based on observations of the disease in India and Hong Kong in the late 1800s. During these outbreaks, plague spread by fleas through the rat population and when the rats began to die the fleas would search for other hosts.  Public health officials would find tens of thousands of dead rats during these outbreaks, but the number of human cases was relatively few. In recent years, an increasing number of studies have argued that plague in Europe must have spread without rats, either by air-borne pneumonic transmission or by human ectoparasites, like human fleas and body lice.

To address this question, we developed mathematical models for each of the proposed transmission routes: pneumonic plague, human ectoparasites, and rats and their fleas. The biggest challenge was building realistic models and finding parameters from experimental and observational studies. In particular, there is a poor understanding of human ectoparasites as vectors for plague and other diseases, which have declined in the last century with improved hygiene. We also struggled with the complex dynamics of the rat-flea model. It was not until we found mortality data for both rats and humans in a report of an outbreak in Hong Kong in 1903, that it was possible to relate the epizootic in the rats to the human deaths.

Fit of three models of plague transmission for the first three of nine cities (see PNAS for complete figure).

We fit the final models in a Bayesian framework to the historical human mortality records from nine outbreaks during the Second Pandemic. The results were surprisingly clear: in seven out of nine cities, the human ectoparasite model best explained the pattern of observed mortality. In the remaining two, the outbreaks were too small to distinguish between the models. Our results provide quantitative evidence that challenges the assumption that rats spread plague in Europe during the Second Pandemic. We hope that additional studies will investigate the potential of human ectoparasites as plague vectors and their role in past pandemics, and help us re-write history. 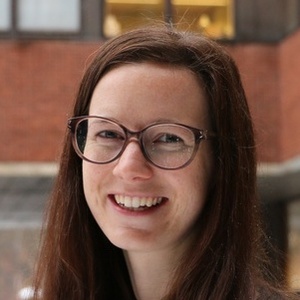