Understanding spatial patterns of species richness is a recurrent topic in ecology. In the last decades, there has been increased research in macroecological patterns of plants and animals, in most cases focusing on major drivers of species numbers across large scale grids. However, we know very little about the patterns and processes that shape the large-scale variation of local ecological communities.

During my postdoc at the group of Milan Chytrý in Masaryk University, we created an amazing dataset on European vegetation data (EVA database) in collaboration with other plant ecologists from Europe. This is the largest continental vegetation database worldwide, providing an excellent tool for analyzing large-scale patterns of plant communities. We selected European beech forests as the study system, which is probably the most comprehensive vegetation dataset about one habitat type ever compiled, with more than 40,000 vegetation plots sampled across Europe.

Comparing species richness across communities needs to consider the "species pool hypothesis". This theory states that local community diversity depends on the pool of species available for a specific region in a particular habitat, or species pool, which is in turn influenced by the historical abundance of the habitat. Indeed, the biogeographical history of European beech is a nice story of postglacial refugia and large-scale dispersal. When this project started, I visited the lab of Jens Svenning in Aarhus University to discuss the best way of introducing historical factors, and we were also lucky in recruiting Marco Girardello for implementing advanced statistics.

Although there is a lot of theory about the influence of history on plant communities, no studies had investigated historical and environmental factors together with species pool sizes and local habitat conditions. Thanks to the experience of Wolfgang Willner and other co-authors in the natural history of European forests, we standardized species names and defined the specialists of our study system to test whether they were more influenced by particular factors. Last but not least, we had to figure out how to integrate all the data into a continental framework of community assembly, i.e., how to analyze data from different regions and to account for species pool sizes at different scales.

We were shocked by the clarity of the results since the preliminary results. The influence of environmental factors on beech forest diversity were very much in line with the patterns suggested by regional studies, while the influence of historical factors empirically supported the expectations of the species pool hypothesis. Our results nicely demonstrate the role of glacial refugia in explaining current diversity of local communities and species pools. This finding was highly appreciated by the reviewers, as well as the complementary evaluation of community completeness (a relatively new metric that removes the confounding effect of regional effects).

This is hopefully a first step for developing a biogeographical framework of community assembly and for integrating different spatiotemporal scales in biodiversity research, using big data provided by the collaborative effort of international consortia like the EVA database. 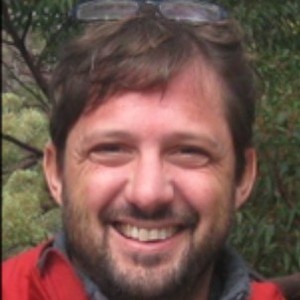