Adventures in archaeological science: A colouring book for young scientists

A multi-language colouring book produced by researchers at the Max Planck Institute for the Science of Human History features current methods and new discoveries in archaeological science.

Archaeological science is an exciting, fast-paced field of research. New methods are constantly developed, and major discoveries that change our view of the past are published every month. However, original research articles can be inaccessible to the general public – either because of journal paywalls or because of the technical jargon used in these articles. Archaeological discoveries have the power to capture the public imagination, and sharing research with the public and local communities is more important than ever. In recent years, we have witnessed a growing “anti-science” sentiment in many countries, and funding for public research institutes is increasingly under threat. It is vital that we as research scientists find new ways to communicate our findings and convey the importance of this research for understanding our shared human history and our global future.

At the Max Planck Institute for the Science of Human History, we developed a new resource for communicating archaeological science research to a new generation – the “Adventures in Archaeological Science” colouring book.

The colouring book was created as the final project in a scientific illustration-workshop given by Dr. Christina Warinner and Dr. Jessica Hendy during the summer of 2017. Digital illustration is an important research skill, enabling scientists and scholars to generate high quality figures for publications, presentations and teaching material. We produced the pages of the coloring book using a range of illustration tools, and many are based on original photographs taken by the authors in the field or the lab.

The timing of the workshop coincided with the Institute’s preparations for the Die Lange Nacht der Wissenschaften (“The Long Night of Sciences”), a public outreach event held every two years throughout Germany, where research institutes open their doors to the public and host events and activities. We decided to assemble the pages we created into a book, translate it into German, and use it as a teaching tool at the event. The overwhelming response we received when we shared the news of the colouring book with our friends and colleagues was bigger than we could ever have expected!

Archaeological science research takes place all over the world, and it is vital that scientific discoveries and knowledge about the past is available for everyone, regardless of language. This is particularly essential for the communities where the research takes place, and thus the colouring book is a simple, accessible way to share with local communities what we do. We decided to crowdsource the translation of the coloring book, and we are now working with dozens of archaeologists, local translators, and other volunteers to translate the colouring book into as many languages as possible. Coloring books are currently available in English, German, Spanish, Chinese, Dutch, Nahuatl, and Greek, and translations are in progress for many other languages, including Mongolian, Bosnian, Nepali, Italian, and Tibetan.

We hope that the colouring book will inspire the next generation of archaeological scientists, and provide useful teaching material for educators around the world. The colouring book is freely available to download at: http://christinawarinner.com/outreach/children/adventures-in-archaeological-science/.

You can keep up to date about the translation progress on our website, or by following us on either Facebook or Twitter (@AdvArchSci). We love seeing pictures of the colouring book in action, so do upload lots of pictures to Facebook/Instagram/Twitter. By using the hashtag #AdventuresinArchaeologicalScience, you can ensure that we will see your works of art. Happy coloring! 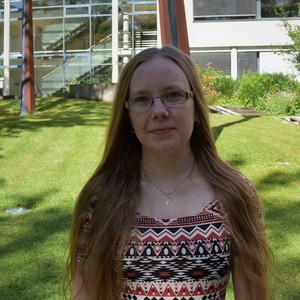 Ben Johnson
over 3 years ago

Thanks so much for sharing - I think my niece will love this!