A marsupial in wolf's clothing: analysing the genome of the extinct Tasmanian tiger.

We present the first complete sequence for the extinct Tasmanian Tiger (thylacine) genome.

The paper in Nature Ecology & Evolution is here: http://go.nature.com/2nWKiv1

I have always been fascinated by the Tasmanian tiger (also known as the thylacine, Thylacinus cynocephalus). It was an absolutely unique marsupial in terms of its body shape (looking just like a dog) and the largest marsupial apex predator in recent times. It is also a recent extinction event, with the last animal dying in captivity in 1936, so there are many specimens in museum collections and old film footage that captured my imagination ever since I was a child.

The similarity in body shape between the thylacine and dogs, coupled with their deep divergence (having last shared a common ancestor 160 million years ago!), provides an unprecedented opportunity to examine the molecular basis of convergence and evolution of body shape. However, due to the age and storage conditions of the specimens, the majority of the DNA is highly fragmented into very short pieces (<100 bp) and not very suitable for genome sequencing and assembly.

This genome sequencing project began over 10 years ago, shortly after we published the first mouse transgenic for an extinct genetic element: the thylacine Col10A1 promoter. The DNA for this experiment came from a pelt sample and was highly degraded. Following our demonstration that functional analyses could be performed on extinct DNA, we embarked on a huge survey of museum specimens to try to find samples with more intact genetic material. In the end we identified a fixed pouch young specimen (C5757) from the Museums Victoria collection, which had much more intact DNA than other specimens examined, enabling us to perform paired end Illumina sequencing and eventually de novo genome assembly.

We next examined if convergence of body form is reflected by convergence in the genome. To do this we compared the protein-coding genes from the thylacine with those of the canids. While we did identify convergent genes, they were not enriched in the thylacine-canid comparison compared with the number observed between marsupial and eutherian mammals that do not share convergent body designs (i.e. the Tasmanian devil and cow). We also examined genes under positive selection in both lineages and looked for overlap. Again, we did not identify any enrichment in genes directing skeletal development. Therefore, we concluded that protein-coding evolution is not the main driver of convergence between these species.

The thylacine genome also enabled us to assess its phylogenetic placement in marsupials, which has been a topic of much controversy for many years, and to assess its effective population size over its recent demographic history. Our analyses showed that the thylacine was the basal lineage in Dasyuromorphia, a group including the numbat and Tasmanian devil. The demographic analysis revealed a long-term decline in genetic diversity in the thylacine. Interestingly, this genetic decline started well before the isolation of a subpopulation in Tasmania some 15 thousand years ago or even the arrival of humans in Australia. A similar lack of genetic diversity is also seen in the Tasmanian devil population which was recently threatened with extinction from a contagious facial tumour disease.

Together, our thylacine genome provides a novel resource to explore the molecular basis of phenotypic convergence in distantly related taxa and to shed new light on the biology of this unique marsupial apex predator. 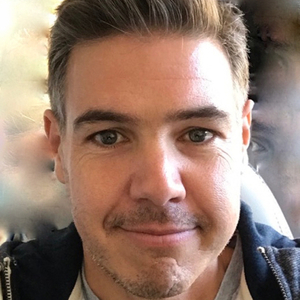 Associate Professor and Reader, The University of Melbourne