The paper in Nature Ecology & Evolution is here: http://go.nature.com/2kn8hSG

“It will be important to have at least one complete genome from each animal phylum to reconstruct the archetypal genome of Urbilateria.”

Unexpected findings may be one of the most exciting aspects of a scientific career. I was trained as a marine biologist and then as an embryologist. At one point in my career when I was working on sea urchin development, I decided to learn some bioinformatics by decoding an animal genome. As a graduate student in Nori Satoh’s lab at the Okinawa Institute of Science and Technology Graduate University (OIST), my first rotation project was trying to purify genomic DNA from chaetognaths (arrow worms). Failing to isolate enough DNA for library preparation, Nori called me to his office and showed me a list of candidate lophotrochozoans (Fig. 1), a group of animals that mostly feed using lophophores or that develop via trochophore larvae. These include annelids, molluscs, brachiopods, and other invertebrates, many of which inhabit marine environments exclusively. At that time, I had two choices: the brachiopod Lingula anatina and the echiurian Ikedosoma gogoshimense.

As an embryologist, the opportunity to use Lingula genomic and transcriptomic resources to study its embryology was irresistible. I started sequencing the Lingula genome using the Roche 454 platform.

Figure 1 | A snapshot of a corner of Nori’s animal genome list in about 2015, with three genomes on which I had been working. Red circles with kanji indicated completed genome projects. Species highlighted in green denoted genome projects in progress.

When I started my PhD at OIST in mid-2012, our understanding of lophotrochozoan evolution from a genomic perspective was somewhat limited. There were only two genomes available: the blood fluke Schistosoma mansoni and the pearl oyster Pinctada fucata. It turns out that parasitic flatworms can be quite derived and the oyster genome at the time was fragmented due to its high repeat content. Therefore, based on knowledge of some classical model ecdysozoan systems, such as fruit flies and nematodes, researchers often assume that lophotrochozoans share similar genomic features with ecdysozoans, because they both belong to the same superclade, Protostomia. Thus, it is widely believed that all protostomes should have entirely different genomic characteristics than deuterostomes, such as sea urchins, amphioxus, and ourselves.

Soon after we finished the brachiopod genome project in early 2015, I was starting to analyze the genomes of the phoronid Phoronis australis (a horseshoe worm; “houkimushi”) and the nemertean Notospermus geniculatus (a ribbon worm; “himomushi”). Unexpectedly, although these two “mushi” (meaning “worms” in Japanese) look very different, they are phylogenetically closely related and share many similar genomic features (Fig. 2). More strikingly, I found that lophotrochozoans (except platyzoans) share many gene families and gene linkages with deuterostomes. This finding suggested that there is a bilaterian gene repertoire, which was lost in the ecdysozoan and platyzoan lineages.

Figure 2 | “Mushi” sampling and their relationships. Left: the sampling localities. Right: relationships of three lophotrochozoans examined in our study.

On top of the genomic conservation, another unexpected finding came from comparative transcriptomics. I was naive enough to think that we might compare body parts just by profiling their molecular signatures. As a result, I cut animals into different pieces from head to tail (Fig. 3) and made an all-to-all pairwise comparison based on gene expression similarity. Remarkably, I found that the feeding organ in phoronids and brachiopods (i.e., the lophophore) is molecularly very similar to the nemertean head. Henry Gee, an evolutionary biologist and senior editor of Nature, once called this finding “brainy tentacles” when I was giving a talk at the Euro Evo Devo meeting in Uppsala, Sweden. Our results imply a conserved head patterning system in various animals, although the structures can be widely different within each group.

Figure 3 | The nemertean body is usually highly contractile. Left: a contracted worm; Right: an extended worm (species: N. geniculatus). Some nemertean species, such as Lineus longissimus, can reach 30 m. They are probably the longest animal on Earth.

If one considers the deep divergence of major bilaterian phyla (>550 million years), it is fascinating that some conserved features are still retained in most of the extant animal genomes. These include the same sets of genes and a similar patterning system for body structures. Of course, we also observed many lineage-specific features in each “mushi” genome, such as expansions of toxin and immune-related genes. These are typical examples of independent evolution. Nevertheless, animal genome evolution is a dynamic process, in which both conservation and innovation play essential roles. Overall, toward the goal of reconstructing an ancestral bilaterian (i.e., urbilaterian), this work provides insights and resources for such future studies. 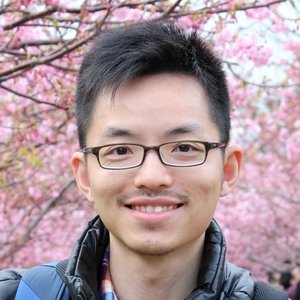