The Anopheles gambiae 1000 Genomes project is sequencing mosquitoes from natural populations across Africa to learn more about the evolution and spread of insecticide resistance and provide a new resource for malaria vector research.

The paper in Nature is here: http://go.nature.com/2BxME5X

Recently, Erica McAlister from the Natural History Museum in London posted a beautiful image of a specimen of Anopheles gambiae – the mosquito species that contributes most to malaria transmission in Africa – from the museum’s collection. It turns out this is probably the original type specimen, collected in 1900 by a zoologist called John Samuel Budgett during an expedition to The Gambia. In one of history’s tragic ironies, Budgett died a few years later from malaria, contracted while on another expedition.

Despite more than a century of study, there is still so much we don’t know about this deadly mosquito species. Basic questions about life history and ecology, such as how do they survive the dry season, do they migrate, and if so, how far can they travel. Questions about evolutionary history, such as why have they diversified into a cryptic species complex. Practical questions, like how is insecticide resistance spreading, and what can we do about it.

If Anopheles gambiae did not transmit malaria, we could spend a very fulfilling academic career carefully unravelling the answers. Unfortunately we don’t have that luxury. The global campaign to eliminate malaria has made great strides over the last decade, but malaria remains a major disease burden in many parts of Africa and there is still a long way to go. And we are almost completely dependent on insecticide-based methods of mosquito control. We don’t yet know how badly insecticide resistance will impact on current control programmes, and there is a lot of debate and uncertainty about what should happen next. But most people agree that we cannot continue trusting blindly that the same insecticides we’ve been using for decades will continue to be effective.

One way to overcome uncertainty is to collect data. Lots of data. And that’s fundamentally what the Anopheles gambiae 1000 Genomes Project is about. In the first phase of the project, reported recently, we sequenced the genomes of 765 mosquitoes collected from field sites in 8 African countries. We then compared the sequences and discovered more than 52 million genetic variants. These data on genetic variation in natural mosquito populations can serve a range of purposes. For example, they can be used to study the evolution and spread of insecticide resistance, and inform the design of new mosquito control technologies based on gene drive. They also give us insights into the structure, size and history of mosquito populations, and provide evidence for substantial migration between populations. When we looked at some of the most rapidly evolving insecticide resistance genes, we found dramatic demonstrations of how mosquito populations across the continent are inter-connected, enabling resistance mutations to spread over thousands of kilometres.

Responding to insecticide resistance is a complex challenge, and there are no easy answers. Resources are finite, and need to be allocated wisely. If we want to bridge the gap between research and practice, we will need to collect more data to fill in the geographical gaps, and study how mosquito populations are changing over time. We also need to collect data from mosquito populations before, during and after specific control interventions, so we can measure the impact and learn which interventions are most (or least) effective. But the data we have collected so far demonstrate a clear path forward. By continuing to build a public resource of mosquito genome sequence data, and integrating with other data on ecology, malaria epidemiology and insecticide resistance phenotype, we hope to provide a source of much-needed intelligence to support the malaria elimination campaign in Africa. 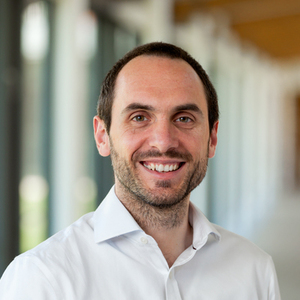