Why do we find primarily large pelagic predators such as tunas and billfish in the tropics, while in boreal and temperate regions large demersal species of gadoids and flatfish dominate? In a new paper we present the underlying factors determining the global distribution and productivity of these two groups of predatory fish.

The paper in Nature Ecology & Evolution is here: http://go.nature.com/2zHlOen

Alone in a small boat fishing for marlin, Santiago in Hemmingway´s The Old Man and The Sea thinks to himself in despair “My big fish must be somewhere”. The seemingly naïve but scientifically difficult question is naturally – where? We followed up on this question by investigating global patterns in big fish, focusing on why in the tropics we find primarily large pelagic predators such as tunas and billfish, while in boreal and temperate regions demersal species of gadoids and flatfish dominate.

To understand the variation in predatory fish across systems, we had to start looking at processes occurring at the base of marine food webs. Most energy in the oceans is generated by phytoplankton through photosynthesis. Phytoplankton is either consumed directly by zooplankton in the water column (pelagic pathway) or sinks to the bottom, where bottom-dwelling invertebrate organisms consume the dead and dying phytoplankton (benthic pathway). The downward flux of energy to the seafloor is influenced by environmental conditions, such as seabed depth, temperature and seasonality, and varies largely across systems.

We hypothesized that the relative strength of the pelagic and benthic energy pathway directly affects fish community structure and the production of large pelagic and demersal fish. This is well-known for some systems; for example, the shallow North Sea and Georges Bank have a strong benthic pathway and high diversity and production of demersal fish, whereas upwelling regions are characterized by a strong pelagic pathway and high pelagic fish production. Yet up to now, the importance of the pelagic and benthic energy pathways for the occurrence of large predatory fishes was unknown across systems on a global scale. 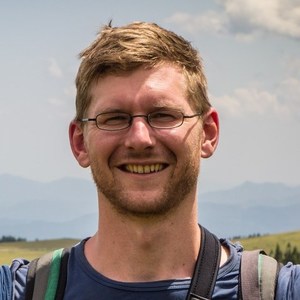