Episode 3 of Blue Planet II was as wonderful as ever, delivering the beauty of coral reefs and the magic of their inhabitants to our sofas. We were mesmerised by the hypnotic powers of cuttlefish, delighted by coconut-shoving clownfish, and terrified by the hunting prowess of the bobbit worm (as my Dad put it, “WTF ate the lionfish?!”). Particularly impressive was the footage of predation. Seeing things eat each other in the natural world is rare, and if you are reliant on a tank of air to keep you down there, the task becomes enormously more difficult. After spending hundreds of hours on the reef, with at least 400 of those hours documenting fish behaviour, I have never seen a fish predation event. Yet, here we are treated to crab-catching cuttlefish, octopus-grouper attack teams, and a lionfish that seemingly disappears into the sea floor in a moment that would be at home on an episode of “Stranger Things”. I need not go on with the clear brilliance of the show – we all know it’s great. Instead, I will delve into the final flourish of the episode, which I fear could be misconstrued.

The programme ends with a segment on spawning, both by corals and other reef species, offering up this spectacular reproductive event as a potential panacea to the problem of our dying reefs. Sir David Attenborough reassures us that “We may not know what the future holds for our seas, but coral reefs can regenerate. As long as some reefs survive, some hope can remain.” Before I go on, please understand that I agree completely with this statement. Hope is essential and he is correct that the long distances coral larvae can travel is an important upside for potential future recovery. My concern is that spawning in itself is not enough, yet the programme may have left some viewers with that impression. Instead, coral spawning must occur at the right time and place for regeneration to be successful and, ensuring this continues to be possible, requires action. Here’s five reasons why.

Perhaps an obvious point but bear with me. The recent mass coral bleaching event had catastrophic effects, causing the death of many coral colonies across large swathes of our oceans. Despite this huge impact, few, if any, reefs experienced 100% coral death, leaving some survivors to reproduce and regenerate the reefs. So no problem, right? Wrong.

The thing is, not all coral species respond to bleaching equally, which means that the relative proportions of coral species on the reef after bleaching events can shift substantially. Of particular concern are the Acropora corals, which comprise >100 species and play a key role in creating the intricate reef structure that fish and other reef creatures depend upon. Unfortunately, Acropora corals are some of the most likely to die following bleaching events, leaving the more robust and less intricate “massive” corals to dominate. Even without 100% mortality, fewer Acropora colonies reduces the chance that eggs and sperm meet and fuse as they drift through the water after spawning. As a result, although we might see reefs regenerate towards their original coral cover, the combination of coral species, and the food and structure they can provide, can be radically different.

Coral spawning takes place at the time of year when ocean temperatures rise fastest, suggesting that this change in environment provides a behavioural cue. The ability of corals to respond to this cue has evolved over millennia, presumably to ensure corals reproduce at the optimum time for fertilisation and larval survival. To continue providing a useful cue, the relationship between the cue and other conditions must persist, so how successful does this cue continue to be in a world of rapid climate change?

Absolute ocean temperatures are increasing in many places around the world, potentially creating a mismatch between the time of year when temperature rises fastest (the cue) and the time of year when absolute temperature is optimum for larval survival (the selection pressure). In other words, in the future the cue could be out of sync with the very conditions it evolved to signal, lowering the success of coral spawning events.

Because dead corals don’t spawn, reefs that have experienced high loss of coral need larvae from elsewhere if they are to regenerate. Coral larvae are poor swimmers, relying on ocean currents to transport them to a suitable spot where they can settle on the reef and begin their sedentary adult stage. Whilst originally, it was thought that everything could get everywhere in the oceans because they are not subject to the barriers we see on land, we now know that the oceans also have barriers: larvae are carried by ocean currents in specific directions, ensnared by eddies in a perpetual whirlpool, and blocked by freshwater emanating from river outflows. The movement of larvae is, in fact, rather restricted. Reefs that are poorly connected by currents get few larvae from elsewhere and so are dependent on successful reproduction of their own coral colonies to keep going. These reefs face a hard struggle to regenerate without rescue from neighbouring reefs - an effect that is predicted to get worse as oceans warm.

Larvae must find a suitable spot on which to settle and metamorphose into a sedentary adult. Although the exact mechanisms are unclear, evidence suggests that chemical cues provided by coral reef organisms, draw larvae towards suitable areas. If few colonies remain, one would imagine fewer cues for navigation, potentially causing larvae to settle in unsuitable places, or not settle at all. Seaweed, a well-known obstacle to coral larval settlement, can colonise a degraded reef quickly following disturbance, blocking settlement directly by covering available space, or indirectly by preventing essential sunlight from reaching the corals after settlement. On an undisturbed reef this problem can self-correct as fishes graze on the seaweed, acting as natural lawn-mowers. Unfortunately, climate change is not working alone. Over-fishing removes these grazers, causing detrimental effects as natural feedbacks, developed though millennia of co-evolution, are disrupted.

Perhaps most importantly, even if coral larvae succeed in over-coming all the challenges above, reefs will not regenerate if we do not address why the reef died in the first place. Instead, the cycle will repeat indefinitely, causing coral reefs to slide inexorably towards extinction. It is clear what needs to happen to reduce mass global bleaching – we must release less carbon dioxide into the atmosphere to reduce global warming. But this takes time. For now, what we must do is reduce or remove the stressors we do have control over such as fishing pressure, plastic pollution and nutrient loading, to facilitate reef recovery.

Sir David Attenborough was absolutely right. There is hope, and holding on to that hope is critical. But don’t let those final words lull you into a sense of false security. Hope alone will not save the reefs. We must continue to reduce CO2, mitigate the impacts of climate change, and remove the more local stressors we can control. It is only then that hope can truly remain. 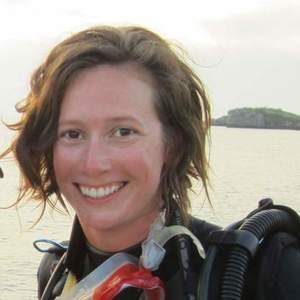