Although floods are often associated with negative effects on human infrastructure, they bring many important benefits to ecosystems. Preserving or restoring natural flow dynamics is vital for the maintenance of healthy river ecosystems under future climates.

The paper in Nature Ecology & Evolution is here: http://go.nature.com/2jqmyd8

Rivers have been, and continue to be, dramatically transformed worldwide, and the human need for water means this is a reality that is here to persist. Dams alone have resulted in drastically altered river flows globally, by dampening or removing floods, and homogenizing flows (removing floods and droughts). The many benefits provided by riparian ecosystems (e.g. regulating thermal regimes and water quality, flood attenuation, habitat provision etc.) are under threat from altered flow regimes through both river management and the pervasive threat of climate change. So, there’s a real need to be able to forecast the effects of changing flows on river and riparian ecosystems over long timescales.

Back in late 2015, we got together as a group of diverse scientists to work on a US Department of Defense funded project developing predictive models linking river flows with population dynamics in arid river ecosystems of the US southwest. In the process of polishing off a previous effort, now published in Ecological Applications, something really exciting emerged. The whole network approach that we employed in this paper was born from a sensitivity analysis on the core model as part of the preceding paper, and we didn’t initially realize the full potential of the approach.

Our story highlights the real benefit of exploratory, curiosity-driven research. Science often takes you in unexpected directions and this is a great example of that.

By visualizing sensitivities of the plant community members to minute tweaks in their vital rates, we realized there was more to the story. At this point, we were simply running sensitivities that we expected to present cursorily in an appendix ­– parameter sensitivities being nothing more than due diligence. It was later in the process that we realized that the information contained in the sensitivities could be used to understand emergent ecological interactions, specifically in the form of networks. Not only were within-guild sensitivities holding important information, but so too were those among guilds.

We got to work exploring what was in the end a rather large computational effort – we joked that we had so many cores running in parallel that the campus warmed by approximately 3 deg. C during the running of the models (~500 days of computing time on a high performance computing cluster). (We’re considering running these again in March to induce an early Spring on campus). What resulted is a really neat but concerning result.

We demonstrated just how damaging flow regime alteration can be on riparian plant ecosystems. Moving even slightly away from the natural flow regime (the recorded historical pattern of floods and droughts) can lead to a collapse in the structure of ecological networks. The tools we used (mechanistic models and network theory) allowed us to examine not just overall network properties, but also the importance of individual members of the network, and I must say, it’s pretty exciting to see just how in tune these ecosystems are to the natural flow regime. By exploring the full gamut of possible flow regime futures on riparian plant ecosystems, we were able to underscore the importance of maintaining floods under future climates for healthy riparian ecosystems – both flow homogenization and drought scenarios had similar negative effects on the structure of the networks, but the addition of floods had a more minor influence.

This was a very cool project to work on. It’s really exciting to be able to work in such a collaborative and interdisciplinary way. We had our riparian plant experts who did all of the detailed natural history work compiling plant trait information, and the other half of the team spearheading the modeling effort. I’m lucky enough to be able to keep working with this great team, building on these and other efforts to better understand river ecosystems in a non-stationary world.

Strength in numbers: the evolution of gene regulation in mammals

An invasive prey and the beak of the kite 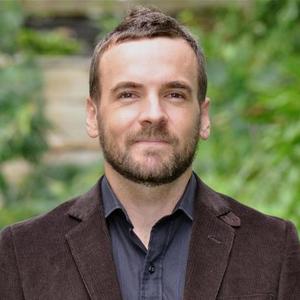