The spread of agriculture in Europe between 6500-5500 BC and the population history that accompanied this process is a fundamental question that has motivated not just archaeologists and anthropologists but also geneticists like myself for almost a decade.

The paper in Nature is here: http://go.nature.com/2zuuQZ8

My Ph.D. supervisor, Prof. Kurt W. Alt at the Johannes Gutenberg University in Mainz Germany, along with his international collaborators, in 2006-2010 chose three different regions of Europe (Hungary, central Germany and Spain) to study the European Neolithization with bioarchaeological methods. From Hungary in particular—under the supervision of Prof. Eszter Bánffy (Institute of Archaeology, RCH, Hungarian Academy of Sc.)—we collected hundreds of bone samples in museums and collections, helped and advised by over 50 local archaeologists and anthropologists. In the ancient DNA laboratory in Mainz me and my colleagues analyzed these samples for mitochondrial DNA (mtDNA). We found evidence of genetic discontinuity between local hunter-gatherers and first migrant farmers in all three study regions, albeit with the occasional occurrence of hunter-gatherer mitochondrial DNA. It seemed likely, based on the archaeological evidence of where farming originated, that the mitochondrial DNA types that appeared among the first farmers originated from the Near-East. But mitochondrial DNA could not reveal the proportions of hunter-gatherer ancestry, or the temporal dynamic of possible interactions.

To address these questions, my colleagues and I, now working in our new ancient DNA laboratory in Budapest, Hungary, partnered with Prof. David Reich and Dr. Mark Lipson and their colleagues at the Harvard Medical School in Boston, Massachusetts (USA), who had implemented methods that allowed genome wide analyses of ancient populations.

With these collaborators we were able to return to the same extraordinary set of samples, but now taking a whole genome perspective, and we generated the largest whole-genome ancient DNA dataset ever published. We screened 5-10 individuals from almost every archaeological culture in Hungary dating to between 6000-2850 BC. On a total of 130 newly reported ancient DNA samples from Hungary, Germany and Spain, we reported the first analyses that dated admixture in ancient human genomes. We found that hunter-gatherer genetic ancestry increased continuously in farmers after the initial arrival of agriculture in all studied regions, and furthermore, found that there was continuous gene flow from local groups with more hunter-gatherer ancestry into ones with more Anatolian farmer-related ancestry. We also found that hunter-gatherer lineages in farmers were derived to a substantial extent from populations that lived nearby, a phenomenon that genetically distinguished the populations of the three study regions.

For Hungary, we built the first fitted quantitative model for interactions between hunter-gatherer and farmer groups. We found that the most probable scenario is an initial (small-scale) admixture pulse between the two populations that was followed by continuous gene flow over many centuries. The results from Hungary reflect the importance of building dense genomic series both in time and space, and suggest that a similar approach should be equally revealing elsewhere in the world.

Institute of Archaeology, Research Centre for the Humanities, Hungarian Academy of Sciences. 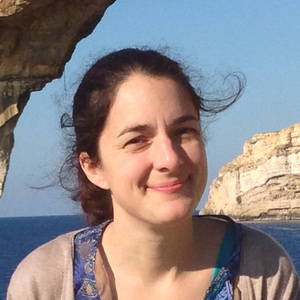