Our project on the history of domestic horses started one decade ago.

The paper in Nature Ecology & Evolution is here: http://go.nature.com/2gPoVoG

However, there is a huge difference in coat colour variation between wild animals and their domestic counterparts. Therefore, we decided it would be worth to have a look on genes inheriting in this trait. Our expectation was that all wild horses shared one uniform phenotype (bay-dun ), which is characteristic for the last remaining wild horse, the Przewalski horse, today.

During the last Ice Age, wild horses (Equus ferus) were a dominant element of the megafauna assemblages that dominated the Northern hemisphere and contained iconic species such as woolly mammoths and sabre-toothed cats. Most of them disappeared around the end of the Ice Age, around 12000 years ago. But not horses. Wild horses abided the extreme climate changes of the Pleistocene-Holocene transition and most of the Holocene until finally disappearing from Europe in 1909 while in Asia a famous relict population of Przewalski’s horses was restocked from only 12-16 individuals during last decades.

Our analysis of ancient DNA of eight colour-associated loci originally focused on post-domestication changes but the anomalous pattern of the black alleles deserved a dedicated analysis. Natural selection seemed to be involved. But what kind of environmental alteration was able to change so quickly a trait that had been stable during tens of thousands of years?

At the end of the Ice Age forests started to advance in Europe. The mammoth steppes to which wild horses where highly adapted gave way to modern tundra, taiga and deciduous forests biomes. This produced important reductions and fragmentation in the European populations of wild horses whose preferred open habitats were in retreat. We think horses responded to this by adapting to forests.

Complex networks of the association between horses and plant taxa (for details see SI).

Two lines of evidence took us to this conclusion. The original anomaly of our dataset, the pre-domestic rise of black colour, was statistically significant for selection, which seems linked to camouflage in forests but not in open land. The second evidence was an increasing association of horses and forest plant taxa during the first half of the Holocene. The adaptation of wild horses to forests could be of interest in the study of other species of megafauna since their extinctions are still being hotly debated and adaptation has been neglected. Our study has also implications in the study and conservation of horses as we re-evaluated their evolutionary history in the Holocene before finally disappearing probably due to anthropogenic habitat loss and over-hunting; an ungrateful fate for an animal whose domestication was crucial for the development of modern human societies. 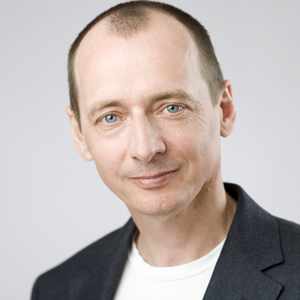