We carried out a meta-analysis to take stock of our knowledge of how soil biota help build soil aggregates. Soil biota have a range of effects, but the overall effect is positive. Different groups of soil organisms have synergistic effects.

The paper in Nature Ecology & Evolution is here: https://www.nature.com/article...

Soil aggregates, the crumbs of soil you can hold in your hand, are the essence of soil: they determine its structure, they provide habitat for the organisms living in soil, they determine the pore space where the soil foodweb takes place, and they lock up carbon in their interiors. The importance of soil aggregates is difficult to overstate: when they fail, soil fails, and is lost to erosion.

Researchers typically view soil aggregation as a topic in the context of management, and frequently examine it with a perspective towards the abiotic factors that influence this process, like texture and organic matter properties. However, within a given situation governed by these basic parameters, it is soil organisms that make soil aggregate formation and stabilization happen.

The biodiversity of organisms in soil is large, both in terms of species number and in representation of different groups of organisms (from archaea to earthworms and moles), and also in terms of the complexity of  interactions taking place in the labyrinthine soil matrix. This very diversity of organisms contributes to a fragmentation of data on effects on soil aggregation. That is the challenge we faced when thinking about the contributions of soil biota to soil aggregation in general. We chose the path of meta-analysis to tackle this problem, a highly formalized process to derive quantitative effect size estimates from different studies capturing also other important factors (moderators) that may have contributed to these effects.

We selected all published studies that met our criteria, most notably they had to be from experiments manipulating the presence of soil biota; this means we excluded observational data. This resulted in 183 studies from six continents, covering 279 species. The first surprise was that effect sizes were really widely distributed from the positive to the negative, with many being about neutral. Earthworms, organisms with the most widely appreciated, obvious, tangible effects on soil aggregation, had some of the most negative and also some of the most positive effects on soil aggregation.

One of the most interesting findings to us was about interactions of species from different soil biota groups. In soil, organisms of the most diverse phylogenetic affiliation are interacting in various ways, and therefore it makes sense to ask about the significance of these biota interactions. We found that only when these biota came from very divergent groups did they have synergistic effects, for example bacteria and fungi, or arbuscular mycorrhizal fungi and collembola. This is a hint at these organisms contributing to the process in complementary ways, i.e. they likely foster soil aggregation via different mechanisms.

Our study also clearly reveals gaps in our knowledge: certain organism groups are very much underrepresented in studies of soil aggregation, for example protists. Hopefully such gaps will be closed by future research, and we can build on the current database to learn more about the roles of soil biota.

Not many studies address explicitly biodiversity, for example using different diversity levels of biota, when studying soil aggregation; we hope that with this quantitative synthesis we have given an impetus to start asking such questions more, and to tackle them in dedicated experiments. 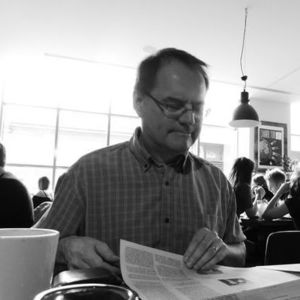