Comb Jellies and Their Relatives

The paper in Nature Ecology &Evolution is here: http://go.nature.com/2yfHmwj

As a postdoc and early career scientist I found myself in the middle of a major scientific controversy over whether sponges or ctenophores, commonly known as comb jellies, are the sister group to all other extant animals. This controversy has played out on the pages of Nature, PNAS, and Nature Ecology & Evolution. To be honest, after publishing on the topic early during my postdoc in Ken Halanych's lab at Auburn University, I was ready to move on and study relationships within Ctenophora, rather than dwell on what at times seems like a never ending controversy. However, I quickly realized that by focusing on relationships among ctenophores, I would be well positioned to contribute another chapter to the debate about whether or not comb jellies are our most distant animal relatives.

For a number of years, Leonid Moroz's lab at the University of Florida Whitney Marine Laboratory for Marine Bioscience and Ken Halanych's lab at Auburn University have been collecting comb jellies from around the world. This gave us the opportunity to sequence 27 new ctenophore transcriptomes that could be used to reveal relationships among many of the major ctenophore lineages. By combining these transcriptomes with publicly available data, we were able to infer relationships among ctenophore lineages with greater resolution than past studies. We also used our phylogeny to determine ancestral characteristics of extant ctenophore diversity. In my opinion, two of the most interesting findings from our work are the determination that the ancestor to extant ctenophores was free swimming, possessed tentacles, and most likely was a bioluminescent organism and that at least two separate lineages have evolved from a pelagic ancestor to live on the ocean floor.

To determine the placement of ctenophores on the animal tree of life, we supplemented our ctenophore dataset with other metazoan and non-metazoan taxa. We tried to specifically address sources of controversy that had arisen in the past few years in regards to how ctenophores are related to other animals. We filtered our dataset to remove potential causes of systematic error. We also used both site-heterogeneous and partitioned site-homogeneous models to infer relationships.

Animal relationships recovered in our study.

In every analysis, we recovered ctenophores as the sister lineage to all other extant animals. In other words, we had found strong support that ctenophores are our most distant animal relatives, not sponges as traditionally thought. I think our results are particularly convincing as even analyses with the CAT-GTR model, which is often advocated as the best model available for inferring deep phylogeny, resulted in ctenophores as the sister group to all other animals. Will our results convince everyone? I suspect they will not, but I do foresee a growing consensus in coming years.

I expect that future research will result in additional discoveries about ctenophore evolution. Ctenophores live in almost every ocean habitat, and many more oceanic expeditions are needed to better survey ctenophore diversity. As more ctenophores are collected from around the world, I am excited to see how they fit among the species included in our study. I also hope that the phylogeny in our study will serve as a basis for taxonomic revisions that can be used to facilitate better communication about ctenophores. 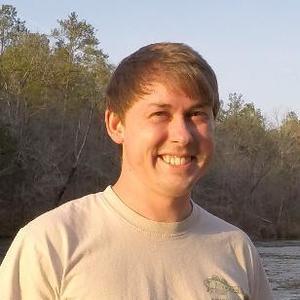