The morphological basis of limb muscle development seems to have been established in the body plan of cartilaginous fish.

The paper in Nature Ecology & Evolution is here: http://go.nature.com/2hIn2hz

After ancestral vertebrates acquired paired fins along the side of the body trunk, muscle precursors derived from the body trunk needed to reach the paired fin to form fin muscles. In tetrapods, muscle precursors, which are under control of Lbx1, separate from the ventral edge of the dermomyotome of the body trunk and travel to the limb bud and differentiate to form limb muscles. In cartilaginous fish, however, it is believed that muscles of paired fins form by direct epithelial extension of the dermomyotome as established in 1930 by the morphology work of Goodrich1 using shark embryos, and this might represent the primitive morphogenesis of fin muscles1,2. Using catshark embryos as our research model, we found that shark fin muscles are also formed by Lbx1-positive muscle precursors that separate from the dermomyotome. Our findings suggest that the morphological basis of limb muscle formation in tetrapods also has been established in the body plan of cartilaginous fish.

We have conjectured that fin muscle development should be re-examined in cartilaginous fishes because our previous study intimated that Hoxa11-positive muscle precursor–like cells seem to be distinct from the dermomyotome in pectoral fin of catshark embryos3. Hence, Eri Okamoto, a PhD student in my lab, assessed Lbx1 expression in fin muscle precursors of catshark (Scyliorhinus canicula) embryos and indeed confirmed that Lbx1 is expressed in those precursors.

To understand the evolution of fin muscle morphogenesis, it is critical to know whether Lbx1 expression, as observed in fins of the elasmobranch catshark, is conserved in another chondrichthyan taxon, namely the holocephalans, which diverged from a common ancestor of the elasmobranchs nearly 420 million years ago. Luckily, our collaborator Susumu Hyodo, a chondrichthyan physiologist, heard that the fish biologist Justin Bell in Tasmania had acquired a batch of elephant shark eggs. Susumu flew to Australia to take possession of the eggs and obtained two appropriate-stage embryos. We then confirmed that Lbx1 is also expressed in fins of elephant shark embryos.

To further analyze the behavior of muscle precursors at the fin level, Eri reconstructed serial sections of a Pax3-stained embryo, after colored Pax3-positive regions of each section. This allowed her to determine that aggregates of muscle precursors seemed to pinch off from the ventral edge of the dermomyotome and reassemble to form fin muscles; this differs substantially from migratory muscle precursors of tetrapods, which individually migrate to the limb buds.

To confirm our findings, we wanted to observe the behavior of Lbx1-positive muscle precursors in more detail—preferably in 3D images. However, as Eri manually colored Pax3-positive regions of each section, we could not reconstruct Lbx1-positive regions as the signal was below the detection limit in the sections. Luckily again, I have a friend, James Sharpe, who I met in Scotland when I was a postdoc in Cheryll Tickle’s group nearly 20 years ago; James invented optical projection tomography (OPT). With the help of James and Alex Robert-Moreno in his group, we obtained beautiful OPT images and confirmed our findings.

Nearly 2 years after we started this project, we faced another problem. We were no longer able to transport S. canicula eggs from Europe, as the courier company raised the transport cost by more than 10 fold. Luckily, once again, our collaborator Shigeru Kuratani allowed us to use embryos of the Japanese Scyliorhinus catshark (S. torazame), which he maintains in his tanks. The use of S. torazame embryos allowed us to complete this project.

Our study confirms that, in cartilaginous fish, Lbx1-positive muscle precursor aggregates separate from the edge of the dermomyotome and subsequently reassemble without being individual cells to form fin muscles. Further studies are needed to address the differences in the levels of de-epithelialization between fin and limb muscle precursors.

1. Goodrich, E. Studies on the Structure and Development of Vertebrates. (Macmillan, London, 1930). 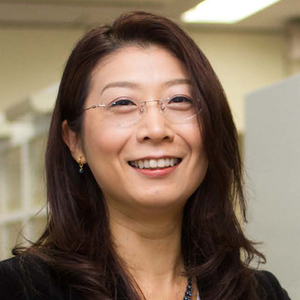