Understanding the mechanism behind brain and skull relationship in archosaurs

Birds are predatory dinosaurs. The morphological transition from dinosaurian ancestors to extant birds is among the most dramatic and spectacular ever happened on our planet.

The paper in Nature Ecology and Evolution is here: http://go.nature.com/2wGpjyx

This transition was accompanied by dramatic changes in the skull, such as the appearance of a beak, loss of teeth, enlargement of eyes and brain. However, while the evolution and development of the snout and the beak was a topic of intense study, the enlargement of the brain in modern birds from their reptilian ancestors and the influence of the brain on the skull was poorly studied, leading to conflicting hypotheses regarding the link between brain and skull and their important role through the evolution of birds.

Our evo-devo study posits a strict link between regions of the brain, such as the forebrain and midbrain, and skull elements, such as frontal and parietal bones, respectively. We show that an enlarged brain and a bird-like morphotype of the skull already appeared in the stem, in dinosaurs closely related to birds. In the end, we think that is no longer possible to investigate major evolutionary transitions simply by looking at single systems, but instead that single changes in key tissues at key times in development often have cascade effects on the rest of the organism.

Since I was a kid, I have been obsessed with theropod dinosaurs and I have had no doubts that Paleontology was my path. I started to work on evolution of birds with a focus on their stem since my Bachelor. My work brought me from the Sahara desert to Alberta, from the Cretaceous of Spain to the Triassic of Arizona. Paleontology tells us the story of Life on our planet through time, giving us unpredictable clues of what happened before our appearance and how the major clades of organisms evolved. However, it cannot exhaustively explain the mechanisms behind major evolutionary transitions and evolution of key innovations, especially because of the incompleteness of the fossil record. In order to address mechanistic questions, we need organisms that can be studied as embryos, with their plastic nature and potential for experimental alteration. That is, if paleontology can tell us what happened in terms of transitions and events, embryos can tell us how.

I decided to join Bhart-Anjan Bhullar’s Laboratory at Yale for my Ph.D. to learn the evo-devo approach to major evolutionary questions. Given the impressive changes that happened in the skull of predatory dinosaurs towards the rise of birds, I wanted to focus on the enlargement of the brain in birds and its direct link to the skull. Indeed, even though a general link between brain and skull was previously observed, no study ever showed a direct link between regions of the brain, such as the forebrain and the midbrain, and the bones composing the skull, in particular braincase and skull roof, such as frontal and parietal respectively.

In order to test for an evolutionary and developmental link, we, in collaboration with Arhat Abhzanov’s lab at Imperial College London, compiled a broad dataset of pivotal taxa that included early reptiles, crocodiles, dinosaurs and birds. In order to extract the endocast of the brain for these taxa, we used microCT scan techniques. We were able to see for the first time the brain of one of the basalmost dinosaurs, Herrerasaurus, and early archosaurs, such as Proterosuchus. Moreover, we investigated the patterning of brain and skull development in a normal series of lizards, alligator and chicken. Even though it might sound easy, the collection of embryos for taxa like Alligator is not simple, given the limited areal range of egg nesting, the long time, temperature and humidity needed for the correct development of the embryos, and the timing of reproduction limited to a single season per year. Our results were hard-won and exciting. Collection of embryos was followed by the use of new contrast-staining techniques that allow us to see soft tissues in microCT scans, thus permitting us to visualize the brain and the developing skull simultaneously.

The brain remained reptile-like and conservative in its proportions for most of the reptile branches, including basal dinosaurs and early coelurosaurs such as tyrannosaurs. Only in near-bird paravians, such as dromaeosaurs and Archaeopteryx, did the brain shift towards a birdlike condition. The skull simply followed the divergent trend of the brain regions, with the frontal enlarging to cover the forebrain and the parietal shifting following the relative posterior shift of the midbrain. In other words, we found a strict relation between regions of the brain and skull bone elements.

Incubation of an Alligator nest. The eggs were collected by the author and one of the coauthors at the Rockefeller Wildelife Refuge in Luisiana, in the Summer of 2016.

The same result is confirmed from the developmental series of reptiles that we investigated for this study. The brain has a primacy in development, being the first system appearing in the embryo. Only later on, the mesenchyme starts to condensate and to form the first structures that will lead to the formation of the skull. This suggest that it is the brain that sends molecular signals to the mesenchyme for patterning the structures surrounding it. Our results imply that the mechanistic relationship between brain regions and skull elements is actually common to vertebrate with a bony skull. In the end, one of the most interesting implications from our study is the fact that we probably should not study single systems such as the skeleton, despite its accessibility to paleontologists, but rather that we should focus on the interactions among them, in order to further develop our understanding of evolutionary changes and transitions. 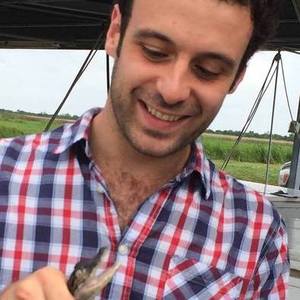