When (animal) life got small - meiofauna in the Ediacaran

The paper in Nature Ecology & Evolution is here: http://go.nature.com/2fecCSF

The origin and early evolution of animals is one of the most fundamental questions in evolutionary biology. Although living animals and how they are related to each other tells us much about the sequence of events that led to the establishment of animal body plans, the fossil record offers unique and important insights into evolutionary history. The first, and most obvious, of these is the dimension of time. The second is that the fossil record reveals organisms unlike those alive today, and so tells us that the sort of creatures around millions of years ago were in some cases radically different to extant organisms.

Two periods in Earth’s history are central to our understanding of the origin of animals. During the Cambrian Period (541-485 million years ago) familiar animal fossils occur in abundance and appear suddenly, an event that is colloquially referred to as the ‘Cambrian explosion’. Fossil sites show that the oceans of half a billion years ago teemed with organisms like arthropods, sponges, all sorts of worms and even some of our earliest relatives, like the fish-like Haikouicthys from early Cambrian deposits in China.

If we wind the clock back to before the Cambrian though, a Period known as the Ediacaran (635-541 million years ago), the fossil record paints a picture of a world that is much stranger. During this time interval, abundant large organisms first appear, sometimes preserved on fossilized ancient seafloors in their hundreds.

The fossils that we find from this period are difficult to put in the convenient boxes of the modern animal groups, and some of them may not be animals at all. Historically these organisms had been pigeonholed into groups ranging from sea pens (fern shaped soft corals) to echinoderms (starfish, sea urchins and their relatives) to various worms, but on closer inspection these interpretations do not stand up to scrutiny. My old mentor when I was an undergraduate, Martin Brasier, used to liken these fossils to palaeontological Rorschach tests, stressing that we should be careful to discern what these creatures really are, and not what their shapes are reminiscent of.

The author (left) and Professor Martin Brasier (right) after clearing a path to some densely vegetated Precambrian rocks in the summer of 2012.

It was with Martin that I first embarked on the fieldwork that led to the discovery of the tiny burrows that we describe in our new paper. In the summer of 2012, between the third and final year of my undergraduate degree, Martin offered to take me on a field trip that had been organized with colleagues of his in Brazil, to study rocks from the Ediacaran Period in Corumbá, near to the Bolivian border. For me, this was not only the start of my research career as a palaeontologist, but also my first adventure outside of Europe and the beginning of a fruitful international collaboration with scientists on the other side of the world.

The rocks from the Corumbá region were already known to preserve important fossils of late Ediacaran age. The tube of an organism called Corumbella is thought to be a cnidarian (the group containing sea anemones and jellyfish) and so is among the oldest body fossils that can be easily linked to modern animal groups. In the rocks that occur immediately above Corumbella, we found new fossils when sampling in a quarry in the Corumbá region. One of the things we wanted to figure out was when in the succession of rocks in the Brazil the Cambrian Period began, as no diagnostically Cambrian fossils had been found there before.

Our new fossils looked like tiny interlinked strings that stand out as a reddish brown colour against the beige and grey rocks. It wasn’t until we put these fossils into a CT scanner back in the UK that we realized that we had found something quite unique. CT scanning allowed us to reconstruct the fossils in three-dimensional detail without destroying them, revealing hundreds of tiny burrows. The smallest burrows visible are around 50 microns, about the width of a human hair. Preservation of such burrows in the fossil record is a rare event, as usually they will either collapse or be destroyed by the activity of larger organisms before they can fossilize. Unlike the fossilized bodies and shells of organisms, fossil burrows, tracks and trails (collectively referred to as trace fossils) tell us about how ancient organisms behaved and interacted with their environments.

I remember first showing our early reconstructions to Martin when I went to visit him in Oxford shortly after collecting the data, and he was clearly excited by what we had found. Sadly, this would be the last time that I saw Martin, as he was tragically killed in a road accident in December 2014. He had just begun to enjoy the new freedom offered by retirement and I had always expected for us to continue working together on various projects for years to come, despite my main focus having shifted upon starting my PhD. Martin was extremely excited to be collaborating with our colleagues in Brazil and I am sure he would be very proud of our new paper.

After initially studying these trace fossils, similar fossils were discovered in rocks which were even older on a new field excursion. Fortunately, we were able to determine precisely how old the fossils are using radiometric dating, as ash layers are interleaved between the rocks containing fossils. These thin ash beds contained a mineral called zircon, which can be used to tell geological time based on the amount of lead and uranium isotopes they contain. These analyses firmly placed some of our fossils in the Ediacaran period, while others are from the very beginning of the Cambrian. At the same time as we have our tiny worms burrowing through the sediment, the majority of other trace fossils are simple trails left on ancient seafloors, which were made by animals using cilia to glide along. Our fossils in contrast show undulating movements through the sediment, suggesting that the trace maker whipped its body from side to side to burrow. This sort of movement is only exhibited by bilaterian animals, which are all animals more closely related to us than they are to jellyfish and sponges. More specifically, this mode of burrowing is similar to how living nematode worms move.

A cross section through sediment burrowed by microscopic animals more than half a billion years ago. The scalebar is 10 millimetres.

Trace fossils show us that although body fossils from the Ediacaran are difficult to interpret, in the very latest Ediacaran at least, diverse bilaterian animals were moving around even if we only have their trails and burrows left to study. The tiny size of our new trace fossils suggests that similar small burrows from rocks of a similar age may have been overlooked, and it may turn out that the tiny worms that created our fossils were present even further back in time and elsewhere in the world.

The Ediacaran is often thought of as the time when life got big, as the first abundant, large fossils first appear about 580 million years ago. Our trace fossils also tell us that later in the Ediacaran, animals also began to experiment with being microscopic. In the modern oceans, tiny animals are abundant and important from sandy beaches to the deep sea, a lifestyle that we now know is over half a billion years old. 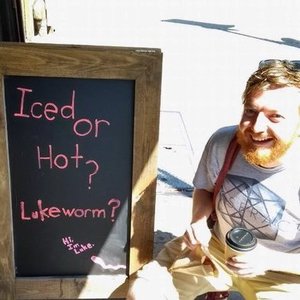 Worm palaeobiologist and fossil enthusiast. If I had any views they would be my own.