You’ve got to be careful if you don’t know where you are going!

The paper in Nature Ecology and Evolution is here: http://go.nature.com/2xboUoS

The period between leaf unfolding and senescing determines plant productivity, plant/herbivore interactions, and biogeochemical cycles. Yet, when I started my Ph.D. in 2014, research on leaf-out and leaf-senescence times in woody plants was largely restricted to monitoring. Some common-garden work had been done in the early 1990s, notably by Heide1, but most work had focused on latitudinal and altitudinal clines within species, rather than regional (longitudinal) variation among species. For my doctoral research, I used a common garden approach in which plants from different phylogenetic and ecological backgrounds were grown under identical conditions (without the opportunity to adapt by multi-generational evolution), exposing their innate behaviour. And rather than monitoring phenology, I decided to carry out experiments to test the effects of key environmental signals. I therefore varied length of winter and day-length in some hundred species in the search for geographic patterns.

My experiments yielded surprising insights, for example, that few species use day-length increase in spring as a leaf-out signal2 and that woody plants of eastern North America leaf out much later than those of Europe and East Asia3. A question then became whether this “safe” growth strategy of North American plants would also be reflected in their autumn behaviour by initiating dormancy earlier than Europeans and Asians. In fact, the Eastern North Americans broke down their chlorophyll 9 days earlier than the Europeans and 11 days earlier than the Asians, which together with the later leaf-out of North American trees yields 3-week shorter vegetation periods. These drastic regional differences in species’ innate behaviour were astonishing, especially given that, at first glance, East Asia and Eastern North America are characterised by similar winter and summer temperature regimes.

However, when it comes to temperature, absolute degrees aren’t everything. What also matters is predictability. Thus, a warm spring can have positive effects on plant growth, but only if not followed by a sudden drop in temperature that would kill newly formed leaf tissue. I therefore hypothesized that “frost risk” (the risk of being exposed to adverse temperatures when leaves are out) should be a major selective force, determining species’ growth strategies. Indeed, analysis of inter-annual spring temperature variation over the past 100 years shows that the Eastern part of North America is more prone to late spring frosts than are Europe and Asia3. The less predictable seasonal course of temperature in eastern North America presumably is due to the absence of horizontal mountain ranges in Eastern North America, allowing South American as well as Northern (arctic) airstreams to modulate the North American climate unimpeded. Under such unpredictable temperatures, sedentary, long-lived and relatively tall plants, such as the trees and shrubs I study, should employ a careful, conservative phenological strategy, in other words a short vegetation period.

Using my data for 396 species from throughout the Northern Hemisphere, I could also show that woody species invasive in Eastern North America have earlier leaf-out times and retain their leaves longer than the native American species, implying that an extended growing season of non-native species contributes to their invasion success. To test this, I had to check whether the vegetation period of invasive species differs from that of introduced species that have not become invasive. This was not the case: the phenological strategies of species that have become invasive in Eastern North America or in Europe did not differ from those of introduced non-invasive species. It has been notoriously difficult to find traits linked to invasiveness, and my unexpected results raise many further questions. For example, an opportunistic phenology might still convey a short-term advantage that cannot be detected in my data set in which the time of introduction was not scored.

A point I particularly like about my work: All the experiments were carried out in a public Botanical Garden, leading to many discussions with, and insights from, gardeners and visitors, and in the end a better understanding of phenological strategies of woody plants across the Northern Hemisphere. 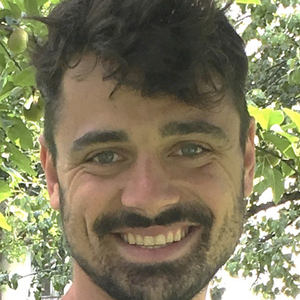