The paper in Nature Ecology & Evolution is here: http://go.nature.com/2xJ9jKK

“What was that?” –  I had never before heard a female cuckoo call. Its strange, haunting chuckle carried across Wicken Fen nature reserve. Had I not been with Nick Davies, one of the world’s top experts on cuckoos, I might have said “are you sure?”. Instead I asked why they sound so different from the famous male cuck-oo call, and the answer was that we didn’t really know.

In 1940, Edgar Chance published a ground-breaking book: The Truth About the Cuckoo. Through hundreds of hours of careful observation, he recorded the behaviour of female cuckoos in immense detail. He observed that female cuckoos have an incredibly rapid and secretive laying sequence, lasting as little as 10 seconds. Their speed enables them to avoid the attention of host birds as they sneak their egg into the nest of a new foster family, who then do all the hard work of rearing a cuckoo chick instead of their own young. Chance also stumbled upon a puzzling discovery: despite the secretive nature of her laying visit to the nest, the female cuckoo produces a conspicuous chuckling call after laying.

Why do female cuckoos risk alerting hosts to their crime? While pondering the function of this call, we noticed that female cuckoo calls share several acoustic features with those of sparrowhawks (who prey on small birds), namely that they are rapidly-repeated, high pitched calls. And while the call may not sound like a perfect match to the human ear, imperfect mimicry is common in the natural world, especially when misidentification could mean life or death. So we set out to test the hypothesis that the female cuckoo’s hawk-mimicking calls serve to trick hosts into fearing for their own safety, thus diverting hosts’ attention away from inspecting their clutch and towards self-protection, thereby reducing the likelihood that the cuckoo’s egg is rejected.

Our first playback experiment showed that female cuckoo calls made reed warbler hosts vigilant to the same extent as hawk calls (there was little vigilance in response to calls from male cuckoos or doves). However, vigilance in response to female cuckoos may not necessarily be because they confuse them with hawks, it may simply be because female cuckoos are a threat to hosts. Our second experiment repeated the call playbacks to blue and great tits, which are not hosts for cuckoos, and so have no reason to consider them a threat. Nonetheless, blue and great tits responded vigilantly to female cuckoo calls, suggesting the acoustic similarities are effective.

Our final experiment tested whether the female cuckoo’s hawk-like chuckle call influenced host defenses. We painted one reed warbler egg at random to simulate parasitism, placed a cuckoo model above the nest, and then played one of the four calls. The results showed that female cuckoo and hawk calls do indeed reduce egg rejection, compared to male cuckoo or dove calls!

But there was no effect of call type on mobbing defences. At first, we were puzzled by this result, but it stands to reason. Mobbing defences are generalised (they are used against any nest intruder) and they show high individual consistency – some birds are strong 'mobbers' while others are less so, and experiments repeatedly confirm that there is no correlation between egg rejection and mobbing defences. So, from an anthropomorphic perspective: if you are at home when a burglar breaks in, one person might hide under the bed while another might pick up a baseball bat! And afterwards, both are just as likely to report the incident to the police (but there might be an unrelated reason why they do not wish to contact the police).

We were also quite surprised to find that the hosts made no more response to male cuckoo calls than to harmless doves. It seems so strange that they can hear a cuckoo calling, but not know it is a threat! But actually, male cuckoos are a poor indicator of parasitism risk. They call all the time, move around a lot and even call when there are no females. So hosts gain nothing from paying attention to male cuckoos.

Females on the other hand, have mastered a double hit: their calls are a ‘red herring’ that trigger the anti-predator defences of hosts, but they call reasonably infrequently, so hosts might never be able to learn the trick! Perhaps female cuckoos really do have the last laugh. 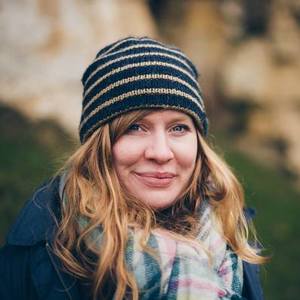 Evolutionary biologist & behavioural ecologist. Currently pondering coevolution between cuckoos & hosts. A fan of fairness. In love with the natural world, University of Cambridge