Species often compete for many different resources, but what does this mean for patterns of biodiversity?

And NUH is the letter I use to spell Nutches
Who live in small caves, known as Niches, for hutches.
These Nutches have troubles, the biggest of which is
The fact there are many more Nutches than Niches.
Each Nutch in a Nich knows that some other Nutch
Would like to move into his Nich very much.
So each Nutch in a Nich has to watch that small Nich
Or Nutches who haven’t got Niches will snitch.
- Dr Seuss, On Beyond Zebra! (1955)

The paper in Nature Ecology & Evolution is here: http://go.nature.com/2wpmEuJ

The concept of niche – whether you say “nitch” like Dr Seuss, or prefer the British “neesh” – is central to ecology. It plays a fundamental role in our understanding of biodiversity, characterising the relationship between an organism and its environment.

The father of modern ecology, G. Evelyn Hutchinson, thought of the niche as an “n-dimensional hypervolume” – analogous to the volume of an object in 3 dimensions – describing all the factors that regulate the existence of a species (e.g. light, temperature, resources, predators). The extent to which the niches of two species overlap with each other, for example by sharing the same food source, gives an indication of the strength of competition between them: greater overlap implies stronger competition.

Many studies have focused on competition for a single resource that varies in one characteristic (e.g. different sized seeds), but in reality resources vary in multiple aspects (e.g. size, colour, shape) and organisms are regulated by many factors (e.g. food, nest sites, predators) – how do species diversify when niche space has more than 1 dimension?

Existing theory predicts that species are tightly packed in a regular pattern with a certain distance between neighbours. But there is little evidence to support this prediction, with most data suggesting that many potential niches are in fact unfilled.

This result has important implications for our understanding of species coexistence and patterns of biodiversity. In particular, many potential niches remain unfilled because species must diverge on all non-substitutable resources.

Even though our study predicts that many niches are unfilled, the concept of niche space retains its value by showing all of the potential species that might exist. In practice, however, only a few of these species will coexist, and those that do may differ between locations simply by chance. 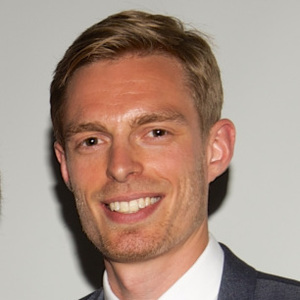