Long before the discovery of DNA, we knew about chromosomes. The invention of stains (notably Giemsa) revealed that each chromosome in a species has a distinctive banding pattern, much like a fingerprint. Many labs in the 20th century studied these patterns, and turned up a surprising discovery: different species, even closely related ones, often differed both in the number of chromosomes, and in the arrangements of the banding patterns. In particular, one type of rearrangement known as an inversion was found to be common. These are cases where a portion of the DNA on a chromosome has been excised, and repaired in the opposite orientation, so it runs one way in one species and the other way in another. The causes were perplexing because in crosses within species, individuals carrying an inversion often have low fertility. By the 1980s the issue had largely been put on the back burner. Then in the early part of this century, new theory, and the advent of genomics, has ignited a flurry of research on chromosomes.

When I began my PhD dissertation in 2011, I became interested in the idea that chromosome inversions may frequently distinguish different species not through some artifice of chance but rather because they are actually favoured. Due to their ability to keep sets of locally adapted genes together by suppressing recombination in individuals heterozygous for them, an inversion garners an advantage in situations where recombination is selected against: notably following hybridization with members of a differentially adapted population or species. If true, this model makes the simple prediction that inversions should more often distinguish closely related species that have overlapping geographic ranges – and hence the ability to hybridize – than those that do not.

Amongst birds, the passerines (order Passeriformes) comprise over 5,000 species and constitute roughly half of all avian biodiversity. The near-global ubiquity of this group owes much to their impressive morphological and ecological diversity – of which considerable attention has been focused. In contrast, while many studies have been devoted to describing chromosome structure in passerine birds there has been no recent synthesis of this wealth of data let alone an examination of why rates of inversion evolution may vary across species.

In the summer of 2014, I spent a month visiting the Columbia University lab of Dr. Molly Przeworski to learn firsthand the ins and outs of working with whole genome sequence data. I was to be working with new genomic data for four Australian finch species known from the chromosome literature of the 1980s to differ by many large inversions. The goal was to learn how to manage a genomic dataset and search for evidence of these inversion differences. This plan quickly went awry as the delivery of this sequence data was delayed again and again. To occupy my time while I waited increasingly anxiously for the genomic data to arrive - it never did - Molly suggested I explore the literature of chromosome structure beyond the Estrildid finches I had been studying to consider the entire order of passerines together. Such was the beginning of this paper.

From that frustrated beginning in 2014, I was eventually able to locate and integrate data from 111 studies describing chromosome structure for 411 species across 59 families of passerine birds. Many people and libraries, to which I am deeply indebted, helped me obtain copies of studies in out of print journals, papers that were not available online, papers that required photocopies from the archives of the original authors, and papers that had never been translated from their original Russian, Chinese, Spanish, or Portuguese (which I needed helped in translating).

As this project grew in scope, a singular result became increasingly clear: closely related passerine species with geographic ranges that overlap really were found to differ by chromosome inversions more often than those species with ranges that do not overlap. Indeed, across multiple comparisons, the best predictor of inversion differentiation was always range overlap. This strongly suggests a frequent role for chromosomal inversion in the process of speciation in passerines and is consistent with a model in which geographic contact and subsequent hybridization between incipient species creates an advantage for inversions that keep genes involved in reproductive isolation together (although other processes certainly contribute as well).

Inversion fixation history between greenfinches in the genus Chloris highlighting how range overlap is often associated with inversion differentiation. The geographic breeding ranges of the European greenfinch, Grey-capped greenfinch, and Black-headed greenfinch are shown in green, blue, and red, respectively. Chromosome structure, approximating size and centromere placement, for the nine largest autosomes, Z, and W chromosomes are shown for each species with inversions that have fixed within each lineage represented by curved arrows. The phylogenetic relationships of the three species is shown in the lower right, with inversions that have fixed represented as ovals on the branch in which they are inferred to have occurred.

Naturally this finding begs for further study. The next step is to finish up what I started with Molly, and using genomics I hope to find, document, and study the evolutionary history of all the inversions that separate some species pairs, not just those large ones.

Our paper in Nature Ecology and Evolution can be found here: 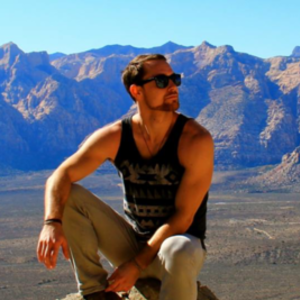 Peter Ellis over 3 years ago

In fruit flies and mice there are also documented examples of inversions acting to lock together cooperating "drive" genes that bias Mendelian inheritance ratios in their own favour (e.g. t complex). Unbalanced meiotic drivers can also act as sterility genes when transplanted to a different background, and so drivers (and the inversions that contain them) can be associated with speciation.  How does this relate to your model, and are the selective processes distinguishable in the two cases: inversions that preserve locally-adapted haplotypes vs inversions that preserve selfish driving gene complexes?

Daniel Hooper over 3 years ago

Hi Peter. Thank you very much for the comment and question. Meiotic drive is certainly capable of causing an inversion to spread to fixation and may often contribute to the observed rearrangement differences between taxa. There is no reason, however, to expect that rearrangements driven by meiotic drive would scale with the incidence of sympatry between closely related species. The conditions of the local adaptation mechanism are quite general and the selective advantage of an inversion that maintains locally adapted haplotypes increases with the proportion of hybrids in a population – see Dagilis and Kirkpatrick 2016 Evolution. We suggest that the association between range overlap and inversion differentiation in passerines is most consistent with the local adaptation mechanism however, as you suggest, other mechanisms must surely contribute as well. Determining the frequency with which inversions evolve by these alternative mechanisms will surely prove an exciting area of study.