Lyme disease first appeared in Lyme, Connecticut in the 1970s. Where did this disease come from? And why is it spreading now?

The paper in Nature Ecology & Evolution is here: http://go.nature.com/2wkntSd

In November 1975, Polly Murray, an artist living in Lyme, Connecticut, alerted the State Department of Public Health to a bizarre cluster of arthritis cases. Her children were sick—their knees were so swollen they could barely walk—and so were several others in the neighborhood. Arthritis is rare in children. And it is not normally found in clusters.

Years later, it became clear: these children were infected with a bacterium, Borrelia burgdorferi. The bacterium cycles silently in forests between deer ticks and a group of hosts, mostly small rodents and birds. Since the seventies, the disease has rapidly spread across New England and the Midwest. Now, Lyme disease is the most common vector-borne disease in North America. The CDC estimates that more than 300,000 Americans fall ill each year and the invasion continues.

Where did the bacterium come from? Was it truly new in the 1970s? And why did it first appear in a bucolic Connecticut suburb?

We decided to search bacterial genomes for answers. For the first time, our team sequenced full genomes of B. burgdorferi from deer ticks to reconstruct the history of this invading pathogen.

My sister—who generously volunteered to help in the field—and I spent a summer dragging for deer ticks across New England. We walked slowly along forest transects, dragging a one-meter-square corduroy cloth behind us. The movement of the corduroy over fallen leaves and twigs simulated the movement of a small mammal scurrying along the forest floor. Ticks, searching for an animal to feed upon, attached to the corduroy and could be easily harvested.

Ticks were not scarce. We collected over 7000 between Memorial Day and the end of July.  Collaborators in the South, Midwest, and across Canada contributed more ticks to extend our sampling.

Using a method our group previously developed to capture bacterial DNA (and avoid sequencing only DNA from the tick), we sequenced 148 B. burgdorferi genomes. With bacterial genomes from across North America and spanning a thirty-year period, we built an evolutionary tree and inferred patterns of historic spread across the continent. Our tree reveals the bacterium likely originated in the northeast of the United States and spread south and west across North America to California. Birds likely transported the pathogen long distances to new regions and small mammals continued its spread.

The tree is old, too. Genomes reveal that the bacterium has circulated silently in forests for at least 60,000 years—long before the disease was first described in 1976 and long before humans arrived in North America, about 24,000 years ago.

This evolutionary history clarifies: The bacterium is not a recent invader. Diverse lineages of B. burgdorferi have long existed in North America. The ongoing Lyme disease epidemic was sparked not by evolutionary change but by ecological transformation. Specifically, deforestation and subsequent suburbanization of much of New England and the Midwest created conditions for deer and then deer ticks and the Lyme disease bacterium to thrive.

Climate change also contributes to the continued spread of ticks and bacteria. Warmer winters accelerate ticks’ life cycles and allow them to survive an estimated twenty-eight miles further north each year. Deer ticks are now established across 45% of US counties. Their range has more than doubled in the last twenty years.

Genomes hold a history of an old bacterium, thriving in a dramatically altered North American environment. 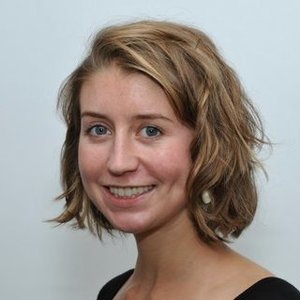