A new study shows that higher-order interactions, i.e., interactions involving more than two species at a time, can have dramatic effects on ecological dynamics.

The paper in Nature is here: http://go.nature.com/2tPGmP7

Having spent the last 15 years of my life studying networks, I have developed the deepest affection and respect for matrices. Eigenvalues put food on my table, and nothing makes me happier than a good problem that can be solved using linear algebra. Despite this love, even I can readily admit that matrices might not be sufficient to describe the interactions between species.

The idea that matrices, and therefore pairwise interactions, might not tell us the whole story in community ecology dates back several decades, and points to the issue of “Higher-Order Interactions” (HOIs), i.e., interactions involving more than two species at a time. For example, the beautiful experiments by Peacor and Werner (2001) show that the presence of a predator alters the interactions between an herbivore and its resource: the herbivore might spend less time foraging, hide more often, consume lower quality food, etc. As such, the interaction is best described by a triplet, rather than a set of pairs.

Measuring these HOIs in nature is fairly complicated, and therefore one would need a solid theoretical justification for embarking in such a complex research program. Although HOIs have been hotly debated in the ecological literature, I found very few models in which the presence of HOIs brought dramatic effects. Jonathan Levine, Jordi Bascompte, Peter Adler and I reviewed these issues in a recent Nature Insight (Levine et al., 2017).

In a new paper published today, Jacopo Grilli, Gyuri Barabás, Matt Michalska-Smith and I study a very simple model in which HOIs have strong effects on dynamics. Without HOIs, our model of competitive interactions is extremely sensitive to changes in parameters, and in general leads to monodominance; when we introduce HOIs, dynamics become globally stable.

Interestingly, when setting our model in a stochastic framework similar to that of neutral theories, we recover many of the strong points of neutral models (SADs, high species richness, etc.), while at the same time removing the artifactual correlation between a species’ abundance and its age.

The backstory of this paper is quite amusing. In January 2016, Santiago Soliveres and Eric Allan invited me to be the keynote speaker for a session on intransitivity at the British Ecological Society’s annual meeting. I gladly accepted, only to realize that I had nothing interesting to say---I hadn’t considered this problem in years! “Well”, I thought, “given that there’s almost a year before the talk, something will come up…”

August came, and I still had no idea of what to talk about. Having a few days by myself in the lab, I embarked in the “studio matto e disperatissimo” of intransitivity. Sifting through recent papers, I stumbled upon this fantastic study by Florian Brandl (2017). I had a few questions, and therefore I wrote him and then we skyped. Florian suggested I take a look at this preprint by Laslier & Laslier (2013). When I read the first few pages, my jaw dropped: I had found something to say!

The paper is here: http://go.nature.com/2tPGmP7 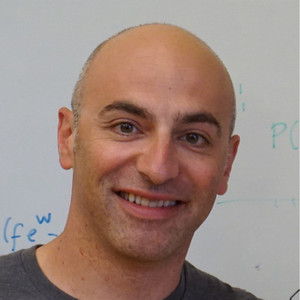