At the outset of the study I did not know what to expect. I had been working for 20 years with a special microscope (an Atomic Force Microscope, AFM) which is used extensively for research in nanoscience and nanotechnology. New technology suddenly made it possible for us to analyse the chemistry of small samples in situ with IR spectroscopy (AFM-IR). Realizing the potential of this instrument I contacted Professor Minik Rosing (co-author) from the Danish Natural History Museum, hoping I could play around with some of his old samples, pursuing an old dream of mine. I was extremely lucky. As it turned out Minik had been pondering a set of samples from Isua in West Greenland (Fig. 1) for the last few years and he had not been able to match them with the right technique. 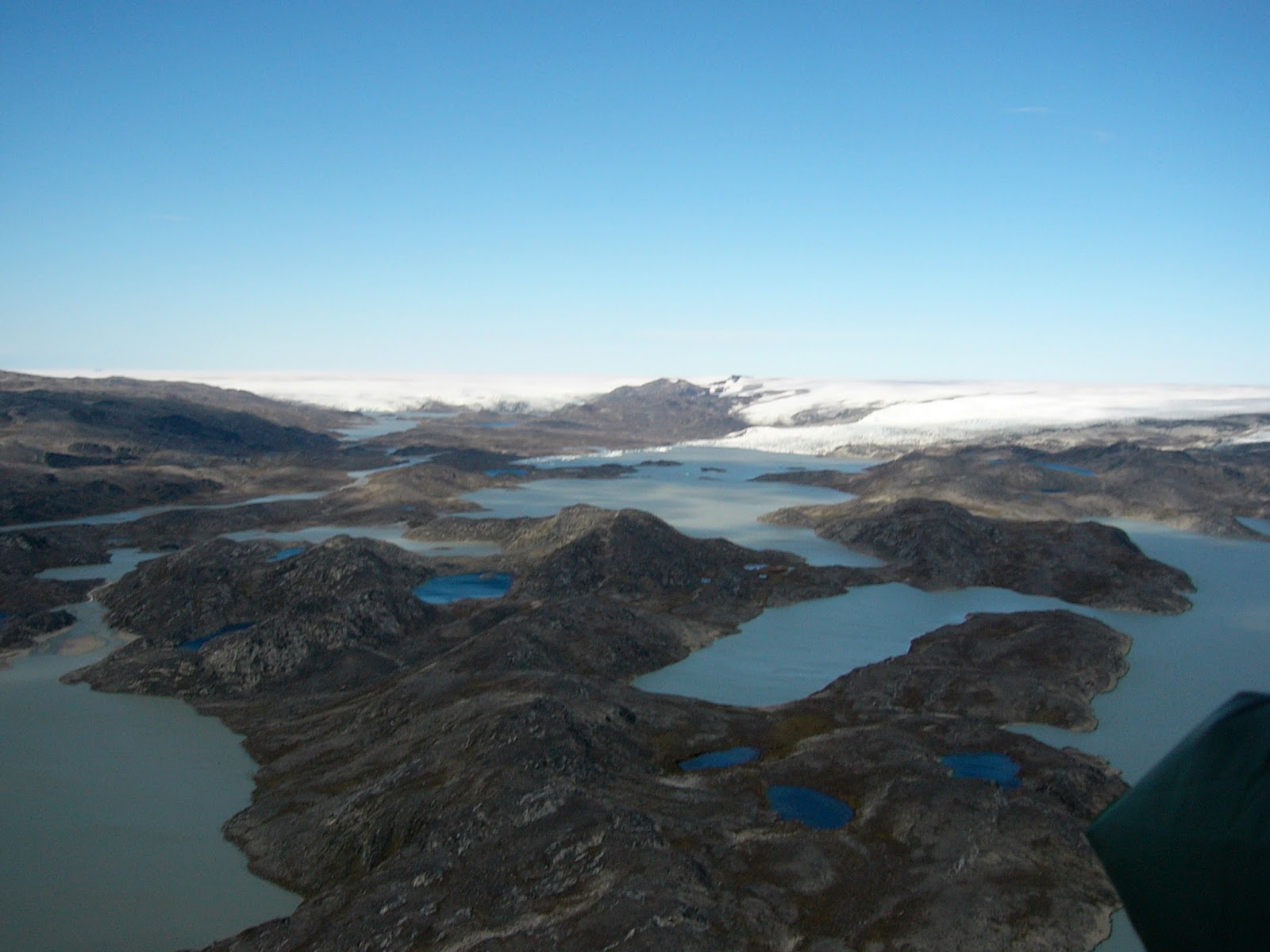 The samples were 3.7 billion year old garnet crystals with organic matter trapped inside small inclusions. So the gemstones were not amber but garnets, they were approximately 50 times older and instead of mosquitoes trapped inside it was relics from potentially the oldest traces of life here on Earth.

We found a way to analyse the carbon material inside the inclusions (Fig. 2) with the AFM-IR. First we did not know what to make of the spectra  we recorded on the material. In many inclusions we had several characteristic peaks in the fingerprint region, but at the time we could not assign them to any compound. Initially I was more troubled by the fact that I could not detect any signs of a C-H stretch in the spectra - the telltale sign of biogenic organic material. For another study I had been looking at crude oil, which is hundreds of million years old and in those samples the absorption linked to C-H was significant even with just a few nanometer thick layers of oil. But then I learned that buried organic matter becomes increasingly graphitized, and hydrogen is lost over time (a very long time), so the lack in hydrogen turned out to be an important piece of the puzzle, since it not only confirmed the age of the sample but also that it could not be contamination. 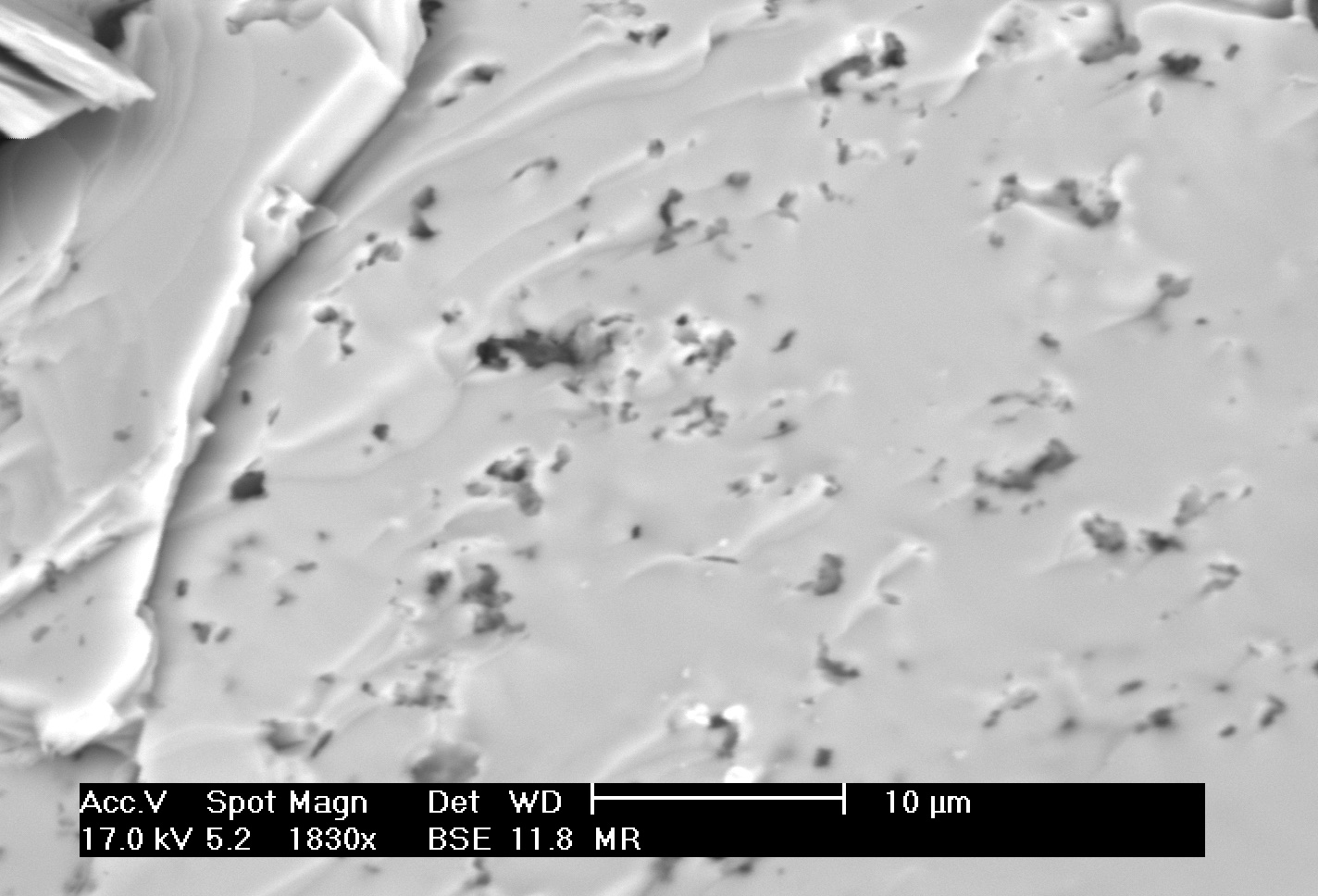 Figure 2:  SEM image of the micrometer sized inclusions inside garnet crystal. The black stuff inside the inclusions are biogenic relics. (photo: Minik Rosing)

To be scientifically thorough I decided at some point to probe the whole IR region covered by the AFM-IR. Up to that point I had excluded the region from 2000 to 2400 cm-1 since it is usually lacking absorption peaks with organic material, so I did not expect to see any absorption. I got a huge surprise when a distinct absorption peak at 2230 cm-1 appeared in the spectra. After a literature search and experimental double checks I realized that the sharp absorption could only be linked to Nitrile. As a physicist thinking in energy landscapes, this started to make sense to me. Given enough time, carbon networks would dispel foreign atoms like nitrogen and oxygen to the fringe where the strongest and most stable bond for nitrogen would be nitrile. This was confirmed by modelling done by my awesome colleague (Martin Andersson, co-author) using biogenic molecules as a starting point.

Figure 3: 3D image of an inclusion. The image shows how the organic nitrogen is concentrated in a 1µm patch inside the inclusion.

We then returned to the strong peaks in the fingerprint region (specifically 1040, and 1160 cm-1) present in several inclusions. I knew my material was graphitic and graphite does not have a distinct absorption pattern in the fingerprint region, so I could not pin them directly to a disordered graphite. So I asked my awesome colleague (Kim Dalby, co-author) who had IR experience and she suggested it could be P-bonds. Phosphate is critical for DNA and RNA, but initially I had ignored phosphate, since the amount of phosphor in a modern single cell organism as a whole is low (around 1% relative to carbon), so I did not expect to detect it in my sample. For pure DNA or RNA, however, the ratio increases to around 10%. I therefore did a quick search and I found several papers on phosphate connected to organic material, and to my amazement the absorption pattern identified as phosphate in these papers matched ours both in position and relative intensity. The absolute absorption for phosphate in some of our samples was substantially higher than for nitrile and and the carbonyl/anhydride suggesting that the concentration of phosphate was well above the level of nitrogen and oxygen.

We believe that this study could have wide implications for future studies on life not only from this planet but on other bodies in the solar system where life could have started but not survived, and where trace amounts of material are trapped inside a mineral.

The paper is in nature: http://go.nature.com/2uSnbUA