Why did fossils of the Ediacaran biota appear suddenly at large size?

Our study suggests that the size and shape of early macro-organisms was linked directly to changing environmental conditions by nutrient-dependent growth.

It was only in the 20th century that large, complex fossils were identified from what is now named the Ediacaran period, the last interval of the Proterozoic Eon. However, the Ediacaran biota has presented some surprises. Many Ediacaran fossils are unlike any animals alive today and they appear with a bang, 30 million years before the ‘Cambrian explosion’.

Our study focused on Ediacaran rangeomorphs. These large, complex organisms are often referred to as bizarre or enigmatic due to an unusual body-plan with a fractal-like, branched frond.

Rangeomorphs are also among the oldest known large fossils, with those from Newfoundland in Canada dated to 571 million years ago. They have been difficult to classify with certainty, but may have been early animals.

In the oldest rock formation where rangeomorphs have been found, they already reach large sizes of up to two metres in length.

I wondered whether this sudden appearance at large size could be a real signal of rapid ecophenotypic change, rather than a simple coincidence or result of the patchy fossil record.

All organisms need nutrients simply to survive and grow, but nutrients can also dictate body size and shape. This is known as ecophenotypic plasticity.

Our study provides evidence that nutrient-dependent growth directly linked rangeomorph body size and shape to levels of oxygen and other nutrients.

During the Proterozoic, there seem to have been major changes in the Earth’s oceans which may have triggered this ecophenotypic growth to the macro-scale. These include increases in oxygen and, potentially, other nutrients such as organic carbon.

The oldest known rangeomorphs appear above rocks deposited after the Gaskiers glaciation. While less severe, this was a throwback to the massive ‘Snowball Earth’ episodes of the Cryogenian period, in which the planet may have been almost entirely ice-covered.

The analyses were centred on one key fossil, a small specimen of the rangeomorph species Avalofractus abaculus which was preserved in exquisite, three-dimensional detail (shown in the poster image).

Two universities and three museums made our study possible. The fossil specimen of Avalofractus is held in The Rooms Museum, Newfoundland as part of a historical collection from sites now protected with World Heritage status. The Royal Ontario Museum has a master mould and kindly loaned me a high-resolution cast. This was then CT-scanned at the University of Cambridge Biotomography Centre, to give a 3D digital rendering of the surface at a resolution of one twentieth of a millimetre. This allowed fine-scale, 3D measurements to be taken from the digitised frond. The analyses were then conducted between the Tokyo Institute of Technology and University of Cambridge.

The 3D measurements were analysed alongside mathematical models of rangeomorph growth. The results suggested that growth was strongly dependent on nutrient uptake through the surface of the branches.

These results were also compared against photographic measurements from another two wonderful rangeomorph fossils. One was from the South Australian Museum in Adelaide. The other was one of the first rangeomorph fossils to be identified as Precambrian, from Leicestershire in the UK (shown below). All three of the rangeomorphs studied showed very similar fine-scale growth patterns.

As this study developed, I had the privilege of seeing amazing Ediacaran fossils and discussing them with expert colleagues across five countries. This was supported primarily by my fellowship from the Earth-Life Science Institute at Tokyo Tech and also by a research grant from the UK Palaeontological Association. 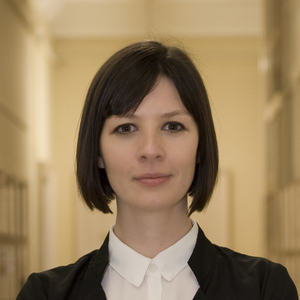