Climate change and the ocean

June 8th is World Oceans Day and Nature Climate Change have put together a selection of our recently published papers on marine topics.

Over 2013-2015, a strong marine heatwave was observed in the northeast Pacific Ocean, affecting drought conditions across the western US coast and impacting fisheries. This Article summarises the atmosphere-ocean interactions and corresponding teleconnections that drove the persistence of anomalously warm sea surface temperatures.

Changes in the ocean, such as acidification, stratification, warming and deoxygenation, affect the iron biogeochemical cycle, which in turns impacts on phytoplankton growth. This Perspective discusses what research is needed to predict the future marine iron cycle.

Thermal expansion and glacial melt are contributing to sea level rise, threatening coastal landscapes. In this Letter (and corresponding News & Views by Sönke Dangendorf), an attribution analysis reveals that anthropogenic forcing is the dominant factor explaining sea level rise after 1970.

- Fifteen years of ocean observations with the global Argo array

Our understanding of the physical, biological and chemical properties of the ocean has often been constrained by available observations, but the launch of the global Argo float array in the 1990s changed everything. This Review outlines the progress made over the past 15 years thanks to the dense network of oceanographic observations Argo provides.

- Implications of the Paris agreement for the ocean

In advance of the 2015 Paris climate meeting, scientists assessed the risks of impacts on the ocean arising from past and future cumulative carbon emissions. This Commentary reviews aggregated risks for selected temperature thresholds, including the below +2 degree celcius target and for pathways derived from countries' emission commitments. Results suggest that even low emissions will result in a large increase in impacts on the ocean compared to today.

Atmospheric connections between ocean basins influence the tropical climate. In this Letter (and associated News & Views by Shayne McGregor), warming in the Atlantic Ocean is suggested to have driven corresponding climatic changes in the Pacific, including a strengthening of the Pacific trade winds which is connected to the global warming hiatus.

Investigation into the effect of multiple stessors on a subantarctic diatom reveals the importance of considering both individual and interactive effects of stressors. This Article uses experiments to show that temperature and iron-enrichment enhance growth and helped overcome the effect of nutrient depletion. 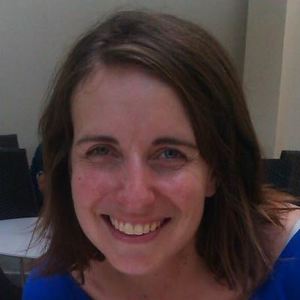