To celebrate Earth Day 2017, editors from Nature, Nature Climate Change, Nature Geoscience and Nature Communications have compiled a list of papers published in the past year that significantly contribute to our understanding of Earth and Climate science.

Science and policy characteristics of the Paris temperature goal

The Paris Agreement aims to limit global temperature increases to below 2°C, with efforts to constrain this warming to 1.5°C so as to lower the risk of severe climatic impacts. In this Nature Climate Change Perspective, Carl-Friedrich Schleussner and colleagues discuss the characteristics of these temperature goals and the implications for mitigation pathways. The authors demonstrate that near-term mitigation targets for 2020-2030 are not adequate enough to achieve the temperature goal, and that even the lowest long-term emission scenarios temporarily exceed the 1.5°C limit before 2100. These results highlight the need for increased mitigation ambition in order to achieve the targets of the Paris Agreement.

Contribution of Antarctica to past and future sea-level rise

By Robert DeConto and David Pollard

As global warming threatens to melt ice sheets, it is vital to project the effects of differing scenarios on sea-level rise. In this article published in Nature, Robert DeConto and David Pollard use a newly improved numerical ice-sheet model calibrated to Pliocene and Last Interglacial sea-level estimates to develop projections of Antarctica's evolution over the next five centuries, driven by a range of greenhouse gas scenarios. The modelling shows that the Antarctic ice sheet has the potential to contribute between almost nothing, to contributing more than a metre of sea-level rise by 2100, and more than 15 metres by 2500. The startling high-end estimate arises from unabated emissions and previously underappreciated mechanisms: ice-fracturing by surface meltwater and collapse of large ice cliffs. The low-end shows that a scenario of strong climate mitigation can radically reduce societal exposure to higher sea levels.

The global volume and distribution of modern groundwater

Groundwater is vital for ecosystems, drinking water availability, and energy and food security. However, despite its importance, little is understood about groundwater volume and distribution, especially in light of vulnerability to contamination and land-use changes. In this article published in Nature Geoscience, Tom Gleeson and colleagues use geochemical, geologic, hydrologic and geospatial global data and perform numerical simulations to analyse the volume and distribution of global groundwater. The authors suggest that up to 6% of continental groundwater is modern, that is, under 50 years old. Although this may appear to be a small percentage, modern day groundwater actually forms the largest component of the active hydrologic cycle.

Setting future climate states in the context of the long-term past is essential to fully understand the threat man-made warming poses to society. In this article published in Nature Communications, Gavin Foster and colleagues reconstruct atmospheric CO2 concentrations for the past 420 million years, and show how over much of geological time, declining concentrations of this powerful greenhouse gas offset increasing levels of solar output to help maintain a relatively stable climate. Comparisons with future climate projections show that business-as-usual greenhouse gas emission scenarios risk imposing levels of climate forcing that are entirely unprecedented in the last 420 million years. The long-term view of the natural cycles and evolution of atmospheric CO2 and overall climate forcing offered by this publication provide a uniquely valuable perspective on our anthropogenic future.

The exposure of the Great Barrier Reef to ocean acidification

Ocean acidification is decreasing the pH and altering the carbonate chemistry of the world’s oceans. The Great Barrier Reef, a 2,300 km-long ecosystem, is under increasing pressure, but understanding this threat is complicated by the massive nature of the reef. In this article published in Nature Communications, the novel combination of observations and a numerical model allows Mathieu Mongin and colleagues to determine seawater chemistry and the factors driving its variability at 3,581 individual reefs. The high resolution mapping of the Great Barrier Reef provided by this publication, will aid in the development of more accurate forecasts of vulnerability, more achievable management strategies, and the preservation of one of Earth’s greatest natural wonders.

Warming can enhance the exchange of carbon between the soil and the atmosphere, but there is no consensus on the direction or magnitude of warming-induced changes in soil carbon. This paper published in Nature by Thomas Crowther and colleagues presents a comprehensive analysis of warming-induced changes in soil carbon stocks based on data from field experiments across North America, Europe and Asia. The authors find that the effects of warming are contingent upon the size of the initial soil carbon stock, with considerable carbon losses occurring in high-latitude areas. Extrapolation of their findings to the global scale provides support for the idea that rising temperatures will stimulate the net loss of soil carbon to the atmosphere, driving a positive land carbon–climate feedback that could accelerate climate change.

The ocean stores a large proportion of the heat associated with anthropogenic warming. Previous work highlights the importance of surface waters (0-700m), but sparse observations limit understanding of changes in the intermediate (700-2000m) and deep (>2000m) ocean. In this letter published in Nature Climate Change, Peter Gleckler and colleagues examine changes in ocean heat content over the industrial era using a diverse range of observations, including in-situ measurements and Argo floats. They find that ocean heat content changes depicted by historically-forced climate model simulations are consistent with observations, and that nearly half of the industrial uptake of heat has occurred in recent decades. Furthermore, over a third of the accumulated heat is found below 700m, and rising, highlighting the importance of the intermediate and deep ocean in future climatic changes.

It is well established that the process of making cement releases CO2 to the atmosphere. Between 1930 and 2013, 76.2 billion tons of cement were made, contributing 5% of global CO2 emissions. However, during the lifetime of cement, calcium oxide becomes unstable, leading to the gradual reabsorption of atmospheric CO2 through a physiochemical process called carbonation. In this letter published in Nature Geoscience, Fengming Xi and colleagues use a geochemical analytical model to show that cement carbonation between 1930 and 2013 has offset 43% of global CO2 emissions from cement production. Although cement production still has net emissions compared to the process of carbonation, cement products could therefore be considered as potential carbon sinks.

To view more research on Earth and Climate science at Nature Research, please go to: 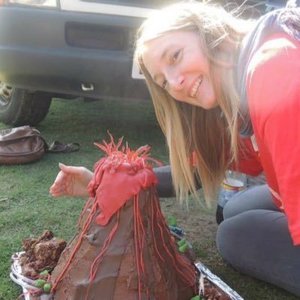 Alexa McKay
Nature Portfolio Ecology & Evolution Community
We use cookies to help improve your experience. By continuing to browse our website you are consenting to our use of cookies.
Learn more