Slowing the race to fish

Fisheries worldwide are often characterized by a mad race in which individual fishermen compete to catch fish before each other and before the season closes. This “race to fish” has wide-ranging consequences. Competitors invest more than they should in fishing vessels, vessel size and horsepower, and gear, driving up the costs of fishing. The industry can lose revenue by landing fish all at once, triggering market gluts and steering seafood into low-value frozen or canned products instead of high-value fresh products. Fishermen take more safety risks at sea in an already dangerous profession. Biologically, excess bycatch, discarding, and the inability of regulators to control fishing mortality in racing conditions can all threaten fish stocks.

The root cause of this race is a lack of secure harvest rights in the commons. Because no one owns the fish, everyone has an incentive to catch them before they are gone. Controlling industry-wide catch can leave fish for the future, but it does nothing to undo the incentives to race and can even make racing worse. Over 40 years ago the economist Francis Christy, working at the Washington DC-based think tank Resources for the Future, suggested a solution: property-rights based fisheries management. Christy’s idea was akin to cap-and-trade for fisheries: set a fishery-wide quota and divide it up among individuals.

Where we started and where we ended up

We began this project wanting to test whether catch shares cause prices to increase. A number of researchers have studied the reduced costs associated with catch shares. Unfortunately, some of those cost reductions reflect industry consolidation, which can generate economic gains for some but might not benefit the whole fishing community. Price increases, on the other hand, potentially benefit the entire fishing community by pumping more revenue into the local economy. The thinking is that if catch shares allow fishermen to stretch out the season, then they can land more fresh seafood and avoid market gluts.

As we set out to study price changes, we realized that no one had systematically tested the first part of the chain of reasoning, namely that catch shares slow the race to fish and spread out the catches. After all, theory suggests that slowing the race is the key mechanism that would generate positive price changes. Luckily, our research design for studying price changes was easily adapted to studying season length changes. And it turned it out that studying season length changes was a bit more straightforward. What happened to the prices? Stay tuned for our next study (the paper is almost ready to submit). 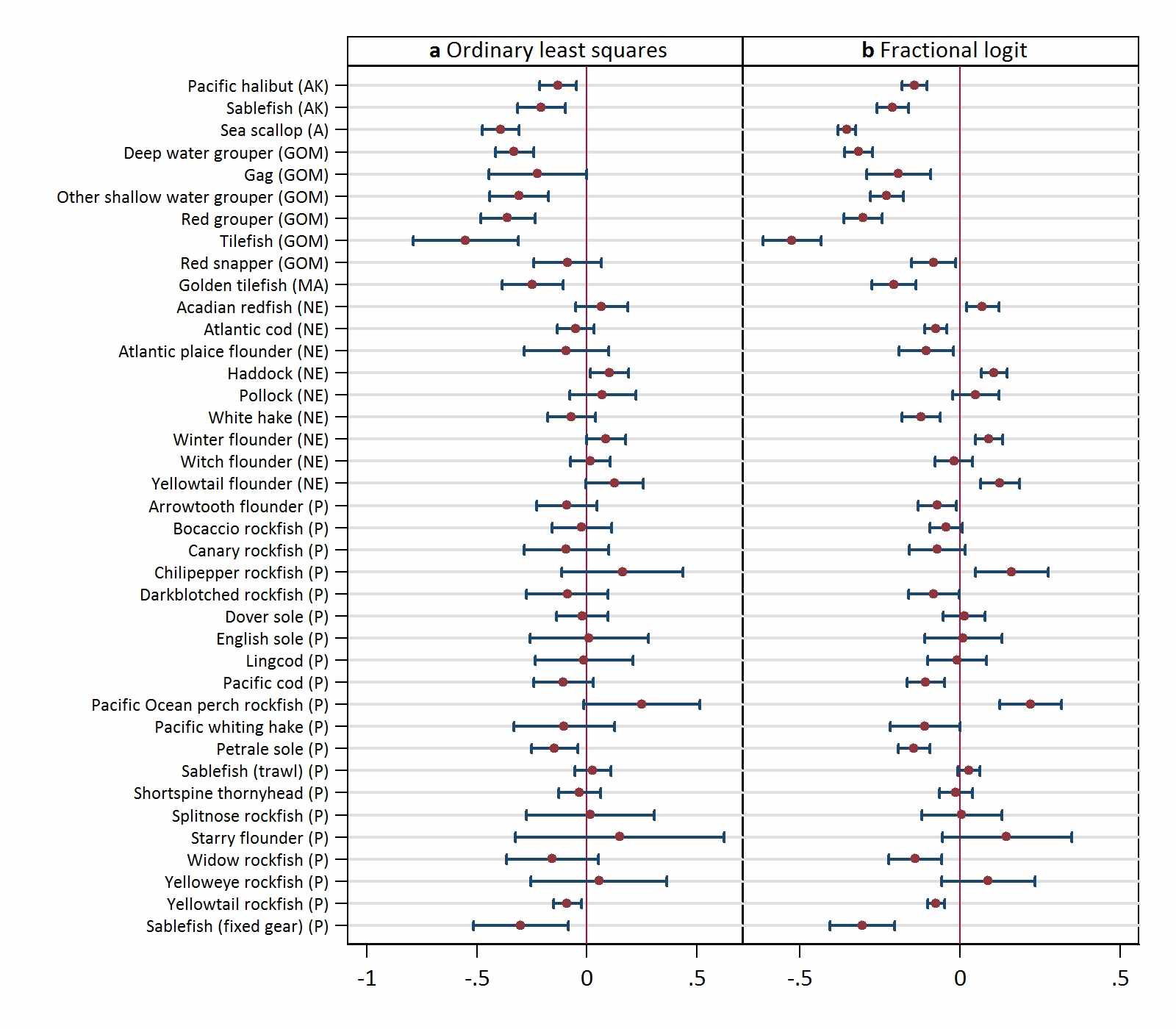 Some fisheries had pre-existing regulations that had already stretched out their seasons. What came as a big surprise was that there were a few statistically significant counter-examples in which catch shares caused season compression rather than expansion. When we looked into these puzzling results, we found that the counter-examples tended to be lower-value products in multispecies fisheries. Digging into this puzzle led to some new theoretical and empirical work on targeting behavior in multispecies fisheries and circumstances in which some seasons could expand while others contract. Stay tuned for another paper.

A second surprise came in writing the paper. Nature provides a helpful, color-coded template for writing the opening paragraph. We had clear ideas about what to include for each element except for the broad relevance for the field. Fisheries scientists and marine ecologists should care, but our field is environmental economics. So, why should all environmental economists care about a paper on fisheries? Despite widespread adoption of market-based environmental regulation in pollution control, water resource use, and climate change mitigation, no one has previously done a meta-analysis of economic outcomes from this style of regulation. Our results demonstrate systematic benefits from market-based regulation that could be relevant to a broad range of environmental policy challenges.

A bill that the U.S. House of Representatives is considering to change fisheries law places strict limits on the creation of new catch share programs. A bill in the U.S. Senate to reauthorize the main fisheries management legislation in the United States does not impose these limits. Our study suggests that catch shares in U.S. fisheries allowed many fishermen to earn more money catching the same amount of fish by selling higher priced fish, reducing costs, or both. Consumers had access to fresh fish on the menu, and some likely chose seafood over beef, chicken, or pork as a result. And there are potentially a handful of fishermen alive today who might otherwise have perished in the mad race to fish. We hope the U.S. Congress will consider evidence from our study before restricting future uses of catch shares.

The paper in Nature is here. 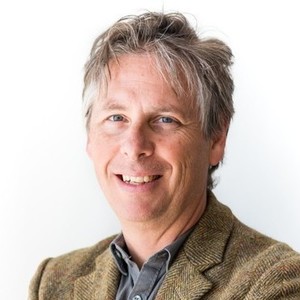