How to grow a pitcher

Carnivorous plants attract, capture, digest, and absorb small animals for their nutrients. How did these bizarre plants evolve? In spite of the advancement of developmental and evolutionary biology, it is still not possible to understand what genes were involved in the evolution of carnivorous plants. We introduce the Australian pitcher plant Cephalotus follicularis as a new model to study the evolution of carnivory in plants (Fukushima et al. 2017. Nat. Ecol. Evol. 1: 0059, doi:10.1038/s41559-016-0059).

One of the striking features of carnivorous plants is the curious morphology of traps. It is too difficult to hypothesize how pitcher leaves evolved from the flat ancestral leaves of non-carnivorous plants. Our previous study of the North American pitcher plant Sarracenia purpurea (Fig. 1) showed that spatiotemporal changes of cell division patterns should be involved in pitcher evolution (Fukushima et al. 2015 Nat. Commun. 16: 6450) but the genetic regulation was completely unknown. 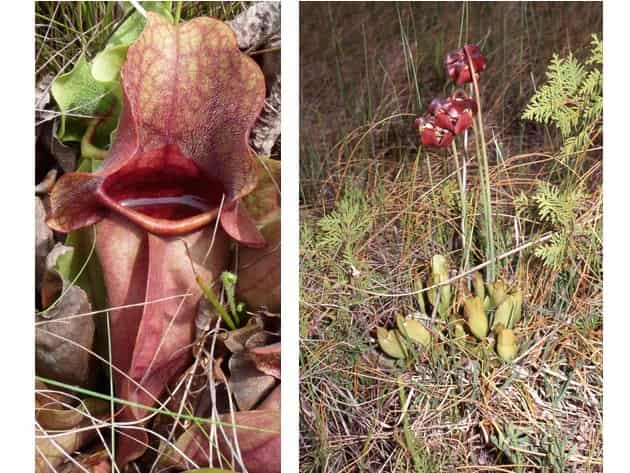 Since Sarracenia forms only pitcher leaves, we had to compare their development to other non-carnivorous species, which is quite ambiguous because of their different genetic backgrounds. However, there is an ideal pitcher plant, the Australian pitcher plant Cephalotus follicularis (Cephalotus), which forms both pitcher leaves for carnivory and flat leaves similar to other non-carnivorous plants. Cephalotus is distributed only in Albany, South Australia in wet lands dominated by Restionaceae species (Figs. 2 and 3). 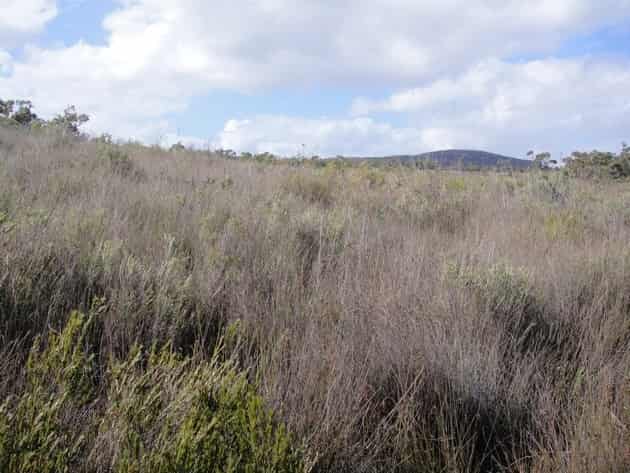 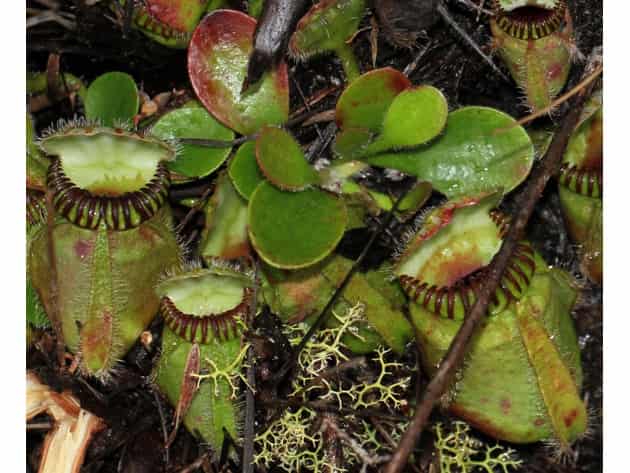 Fig. 3. Cephalotus follicularis with both pitcher and flat leaves in the wild.

Cephalotus forms juvenile and more sophisticated adult pitchers. Pitchers have lids with attractive light windows, three slopes for small animals to climb up to the mouth, slippery claws and a hairy or waxy inner wall for trapping and preventing prey from escaping, and inside a rat-proof barrier, as well as digestive fluid that drains and digests trapped prey (Figs. 4 and 5, Movie 1). It is quite mysterious how these complex and effective systems evolved. 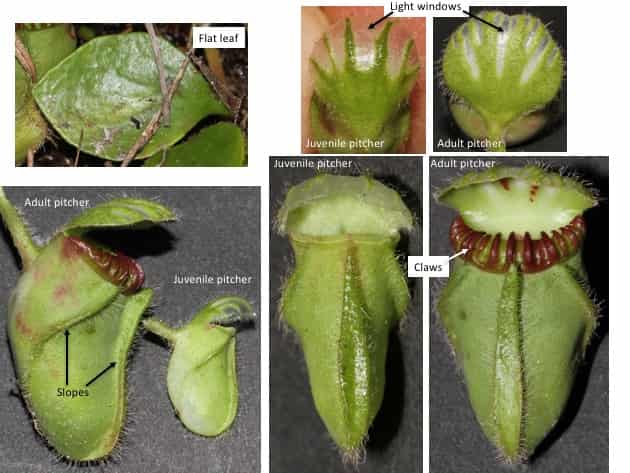 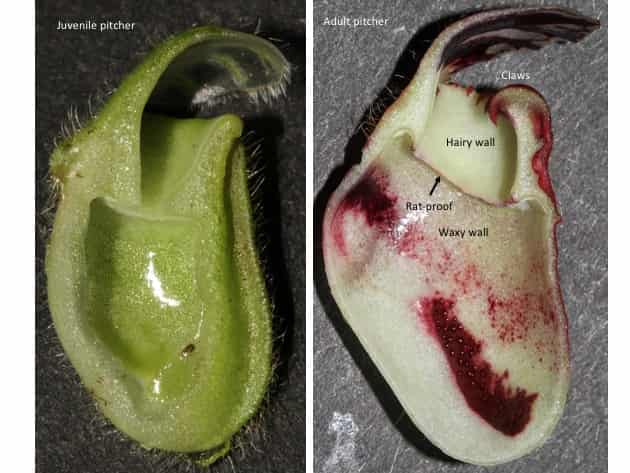 
To find genes that function differently during pitcher and flat leaf development, we need to distinguish tiny leaf primordia between the two types of leaves. However, it is not possible because of their similar morphology at early developmental stages.


Dr. Kenji Fukushima (Fig. 6) overcame the problem, when he was a freshman in graduate school at the National Institute for Basic Biology (NIBB) and SOKENDAI, Japan. He examined effects of culture conditions on the leaf dimorphism and found that ambient temperature is a key to the regulation. Cephalotus formed only pitchers at 25ºC, while only flat leaves at 15ºC (Fig. 7). Now, we can collect pitcher and flat leaf primordia separately for further analyses. 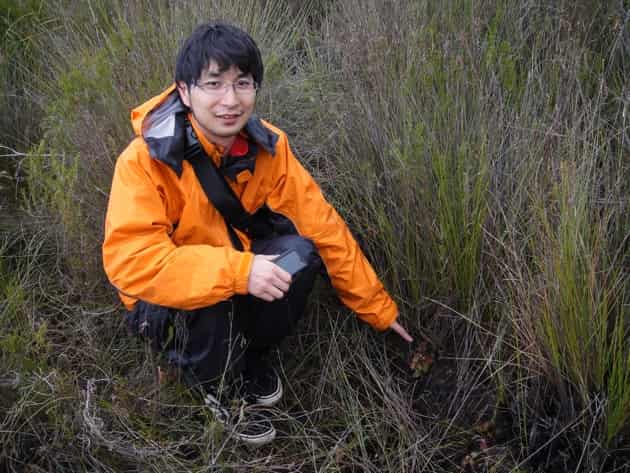 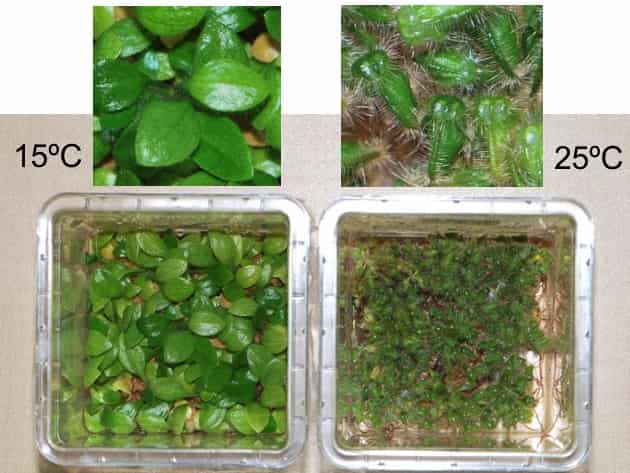 In collaboration with a genome sequence team in the “Genetic Bases for the Evolution of Complex Adaptive Traits” grant in MEXT, Japan directed by Dr. Tomoaki Nishiyama and the Beijing Genomics Institute team directed by Drs. Xiaodong Fang and Shuaicheng Li, we produced the draft genome of Cephalotus follicularis. The Beijing Genomics Institute provided Illumina-based sequencing technology including the long-length mate-pair library, which was effective for the assembly of the 2 Gb genome. The sequence cost was split between the MEXT Japan grant and the Beijing Genomics Institute. Furthermore, the MEXT grant team performed PacBio sequencing with a new program written by Dr. Masahiro Kasahara and the long reads were used to further improve the genome assembly.

Dr. Taketoshi Uzawa, my old friend from preliminary school and a collaborator in a summer homework on carnivorous plants at the age of 12, and Dr. Yoshikazu Hoshi, a former supervisor of Dr. Kenji Fukushima in a biology club during his high school and undergraduate courses started to collaborate with us to analyze digestive enzymes in Cephalotus as well as other carnivorous plants in 2004. Dr. Kenji Fukushima joined our laboratory in 2010 and found during his PhD study that the same orthologous genes likely involved in pathogen resistance are repeatedly co-opted as digestive enzymes in independently evolved carnivorous plants. Furthermore, he found convergent evolution of some amino acid residues, which may be related to the adaptation of digestive enzymes to fluid environment. After graduation, Kenji moved to Dr. David Pollock laboratory as a foreign research fellow of the Japan Society for the Promotion of Science and collaborated with David and his colleagues to scrutinize the convergent evolution. Dr. Victor Albert, one of pioneers of modern carnivorous plant research, and his colleagues collaborated to compare the Cephalotus genome to other flowering plant genomes and contributed to finding candidate genes involved in the evolution of carnivory together with Kenji.

Furthermore, as a collaborative work with Prof. Elena Kramer in Harvard University, Dr. Kenji Fukushima also succeeded in manipulating Cephalotus’ gene activity using a virus-based method. Because of these advances we now have access to essential tools for functional genomics and it is time to challenge the mystery of carnivorous plant evolution 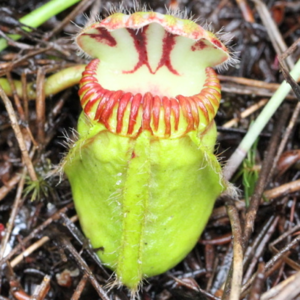