Intensification of Land Use Leads to the Same Species Everywhere

We discovered that intensive use of grasslands by humans reduces species diversity and makes the landscape more monotonous, so that the same species end up everywhere. This is the story of how this large-scale study evolved.

Most grasslands in Central Europe are semi-natural and have been used by humans since at least the Iron Age. They are therefore a very important part of our cultural landscapes and can harbor an incredibly high diversity of plants, birds, insects and soil fauna. I have always enjoyed walking through these landscapes, in which no grassland looked the same: different plants were flowering in each meadow and beautiful butterflies and other insects were gliding around my head. However, such grasslands are now threatened because, since the 1950s, most farmland management has become very intensive, with large increases in the amount of fertilizer applied and the frequency of mowing or grazing. We know that this intensification reduces biodiversity at a local scale, on single grasslands, but what about at larger scales, how threatened is landscape scale diversity? Loss of diversity at the landscape scale means that, rather than each grassland having its own special set of species, all of them end up very similar with the same few species occurring on every grassland. This process is called "biotic homogenization" and some studies have found evidence for it when looking at plants or birds but none had compared patterns across a wide range of groups. This was the motivation for starting this study. Therefore, Eric Allan (from the University of Bern) and I, in collaboration with a number of other scientists, decided to test how land-use intensification affects the landscape scale diversity of a whole range of groups. 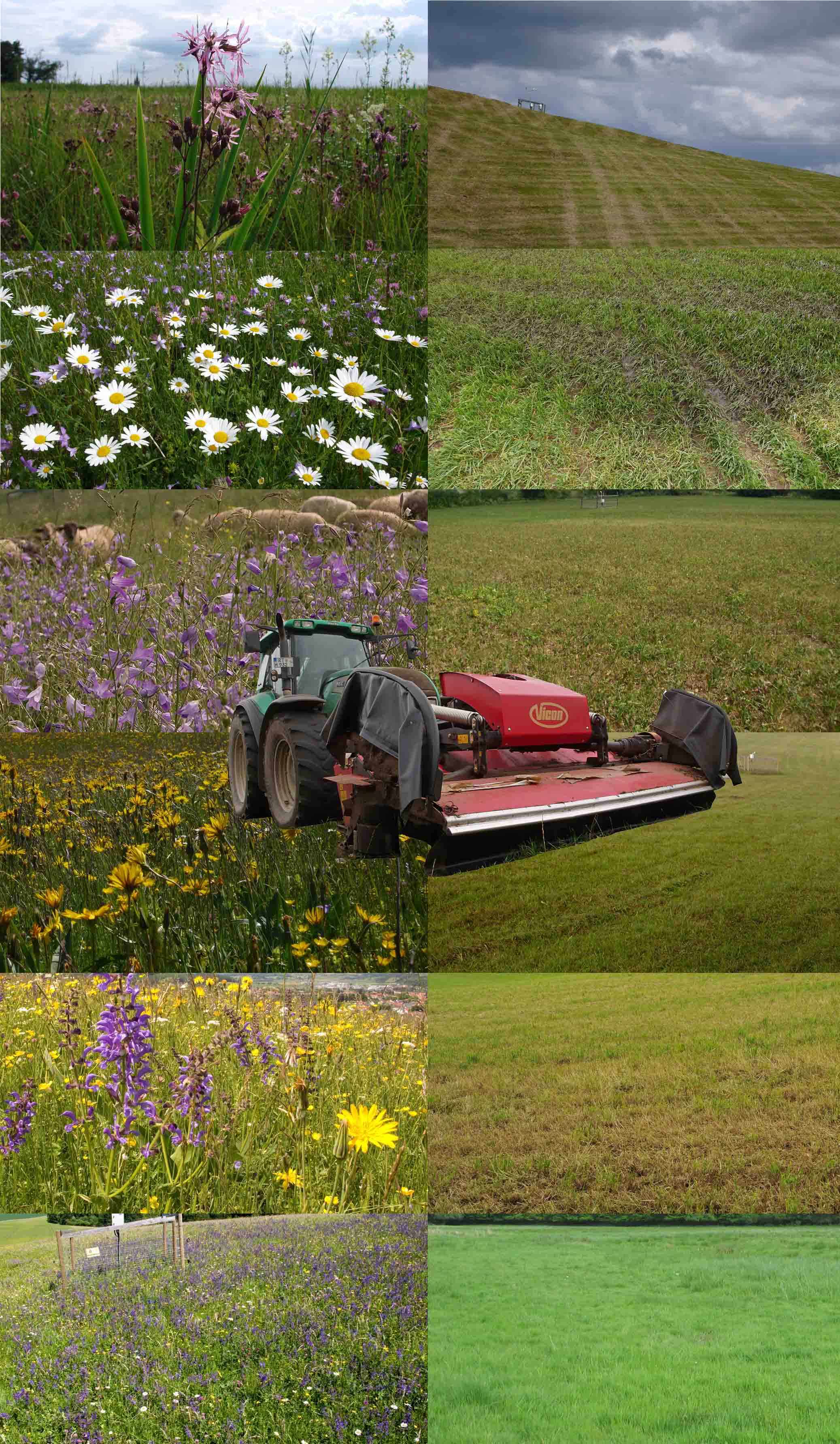 Picture 1 | Land-use intensification in grassland. Mowing, in particular, causes biotic homogenization across multiple trophic levels, above- and belowground. The diversity of species and colors among different grasslands is lost and all grasslands end up looking the same. All pictures show grasslands included in the study. © Credits of single photos: Martin Fellendorf.

I had the opportunity to conduct this research within the infrastructure programme “Biodiversity Exploratories”, funded by the German Research Foundation. The research sites in this programme are probably the most intensively studied in Europe, with more than 300 researches from different disciplines collecting and analyzing data from them. There are 150 grasslands in total, some of which are managed in an extensive and traditional manner, while others are farmed very intensively. A wide range of organism groups and ecosystem functions are measured on each of these grasslands. I was involved in organizing the aboveground arthropod sampling in forests and grasslands for nine years, which was a large amount of work! We sorted and processed almost 9 Mio insects and taxonomic specialists identified them to 4200 species, of these around 2 Mio insects of 2500 species were sampled in grasslands. We analyzed more than 700.000 insects of almost 1300 species for this publication in Nature. Many PhDs, numerous technicians and student helpers where involved: without their great passion and commitment such a big study would have never succeeded. Great thanks to all of them! 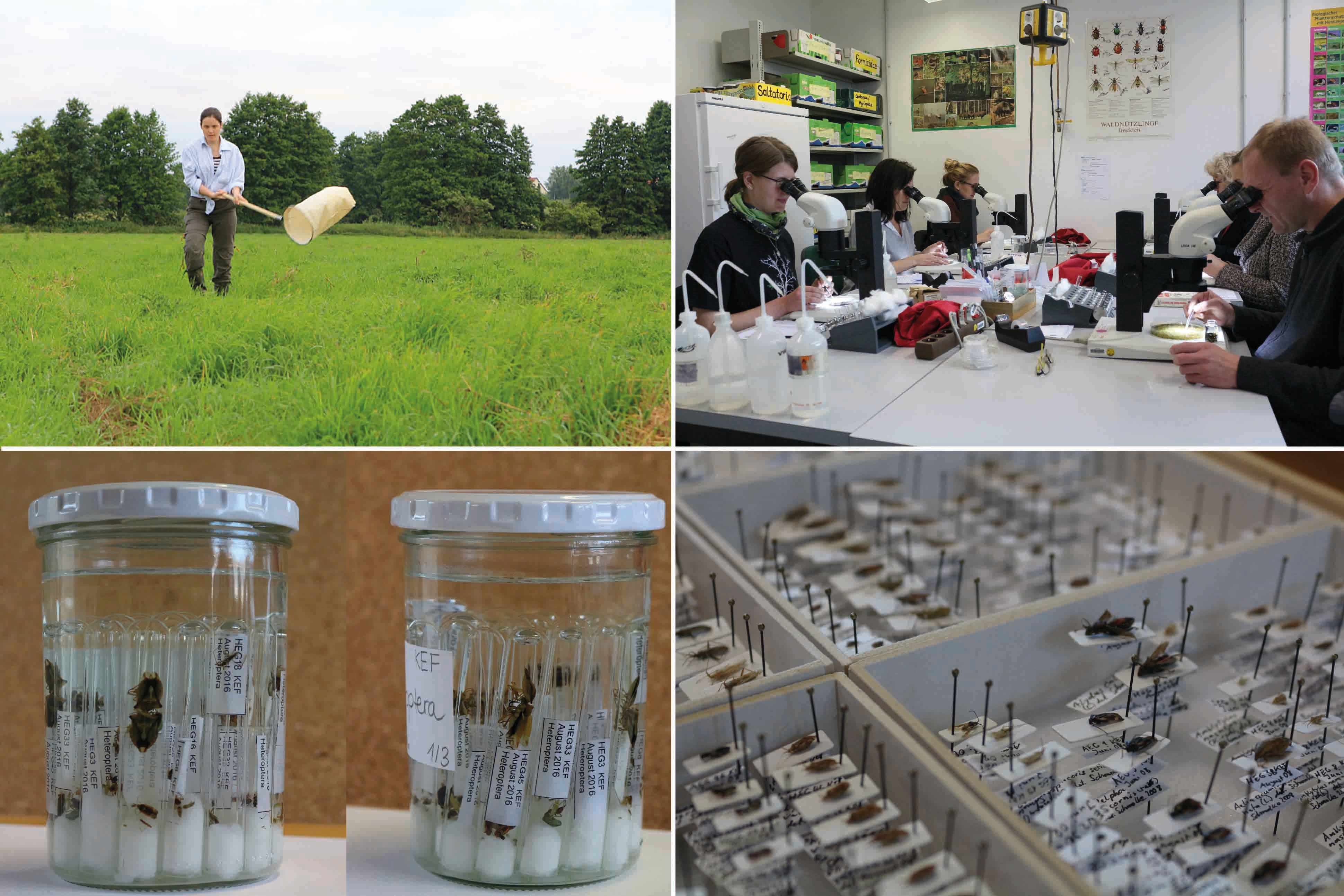 The great advantage of working in the Biodiversity Exploratories is that we could also include much more than insect data in this study. We were able to use data on plants, birds, bats, plant pathogens, soil microbes and soil insects, all provided by other researchers. Bringing together all the data took us some time. Especially because the molecular methods used to identify soil microbes were rapidly evolving and improved microorganism data kept being produced. This meant that all analyses had to be repeated several times but it did result in an incredibly comprehensive dataset.

Analyzing this large dataset brought its own challenges. We wanted to look at how dissimilar pairs of grasslands are, in terms of the plants, insects or bacteria that they contain, and then to test whether intensively managed grassland are more similar than less intensively managed ones. Special statistical techniques are required for this type of data and we used a recently developed and very powerful technique called Generalized Dissimilarity Modeling. This allowed us to study non-linear effects of land-use intensity on species turnover between plots, something that previous approaches could not do. Working with, and learning, this new technique took some time but it allowed us to much better understand how land use causes biotic homogenization.

Picture 3 | The common restharrow Ononis repens is a host plant for the insect Macrotylus paykulli (Hemiptera: Heteroptera), which feeds on its sap. Both disappear due to intensive land use. © Credits: Ekkehard Wachmann (left), Lars Skipper (right).

It was very exciting to see the results of these analyses and we were impressed by how many groups showed the same response. Land-use intensification homogenized communities of plants, pathogens, herbivorous insects, birds, mycorrhizal fungi and protists. For all these groups the process of homogenization occurred very rapidly, as soon as management was intensified. This homogenization of communities seems to occur because specialized species are lost and only the most generalist ones remain in heavily managed grassland. This doesn't just result in boring grasslands, it probably also threatens many of the ecosystem services that we depend on. Conserving extensive and traditionally managed grasslands in the landscape is therefore essential to ensure that the biodiversity that we depend on is preserved. 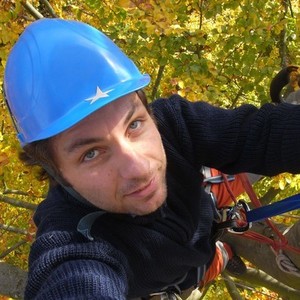