​Rebuilding a post-extinction world in the early Carboniferous

In the 1950’s, the great American vertebrate palaeontologist Alfred Sherwood Romer noticed that the early Carboniferous Tournaisian and Visean stages were devoid of tetrapod fossils. This interval lasted for many millions of years from the end of the Devonian, about 360 million years ago (Ma).

lthough tetrapods (vertebrates with limbs and fingers and toes) were known from the Devonian, apart from a very few, the next oldest tetrapods were found around 325 Ma. By that time tetrapods of modern aspect had evolved, with limbs bearing five digits and which could walk on land. Although since then, the gap has been gradually filled ‘from the top down’, there is still a gap of some 20 million years following the end-Devonian (Picture 1). 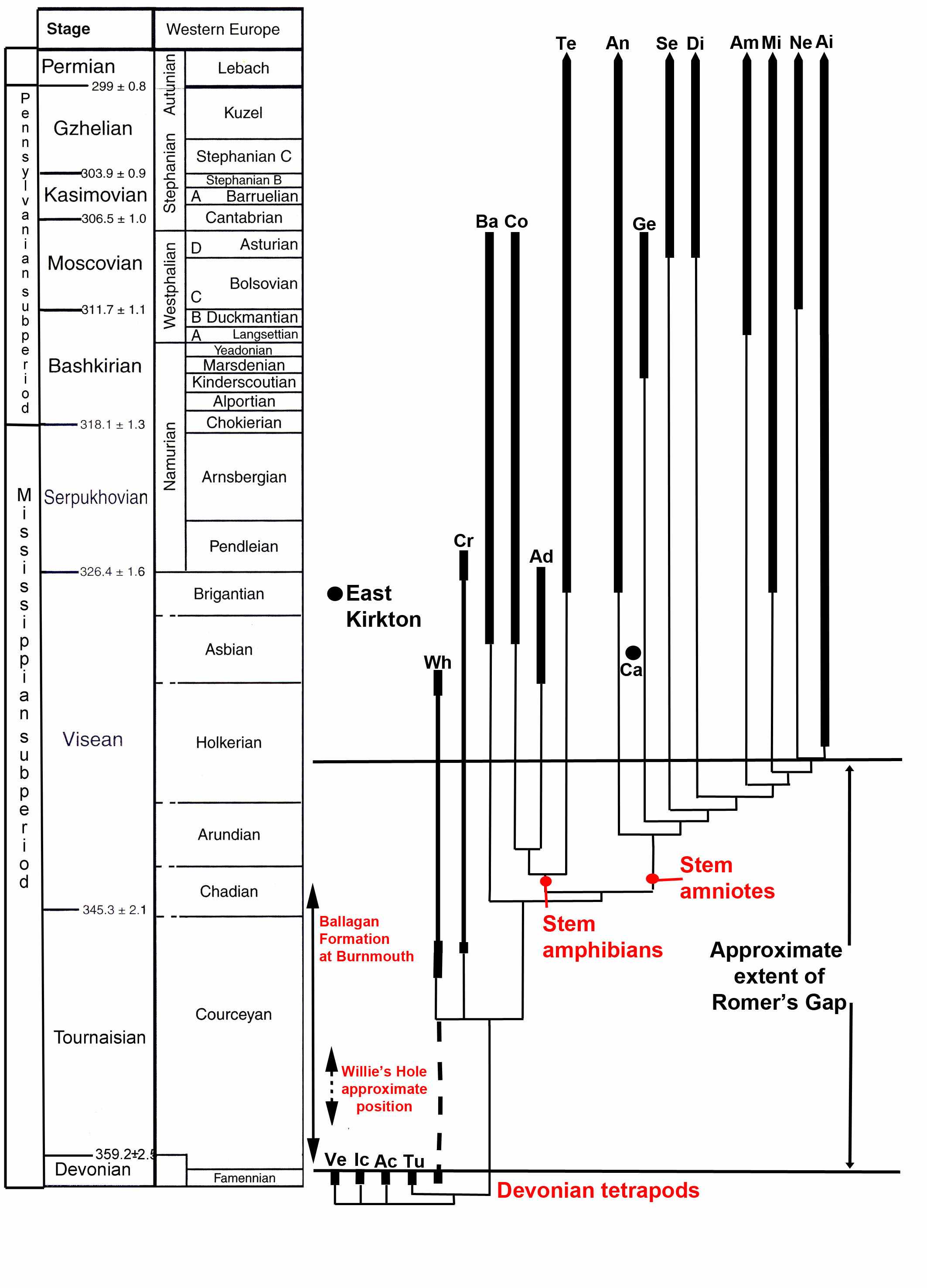 Our colleague and current PDRA Tim Smithson, although not in academia in the late 1980’s, targeted this hiatus. Over 25 years, he devoted his own time to exploring sites in Scotland and northern England of a suitable age and environmental origin. Eventually, in 2006, he found what he had long sought, in the Borders region of Scotland. A sequence of rocks called the Ballagan Formation, representing about 12 Myr of the Tournaisian, yielded tetrapod bones. He recruited the talents of ace fossil-collector, the late Stan Wood. Stan had pioneered the discovery of Carboniferous fossil sites in Scotland over the previous decades and his expertise was invaluable. They explored the shore at Burnmouth north of Berwick on Tweed, and a spot in the River Whitadder near Chirnside known as ‘Willie’s Hole’ (Picture 2). Both sites yielded important new tetrapod finds. 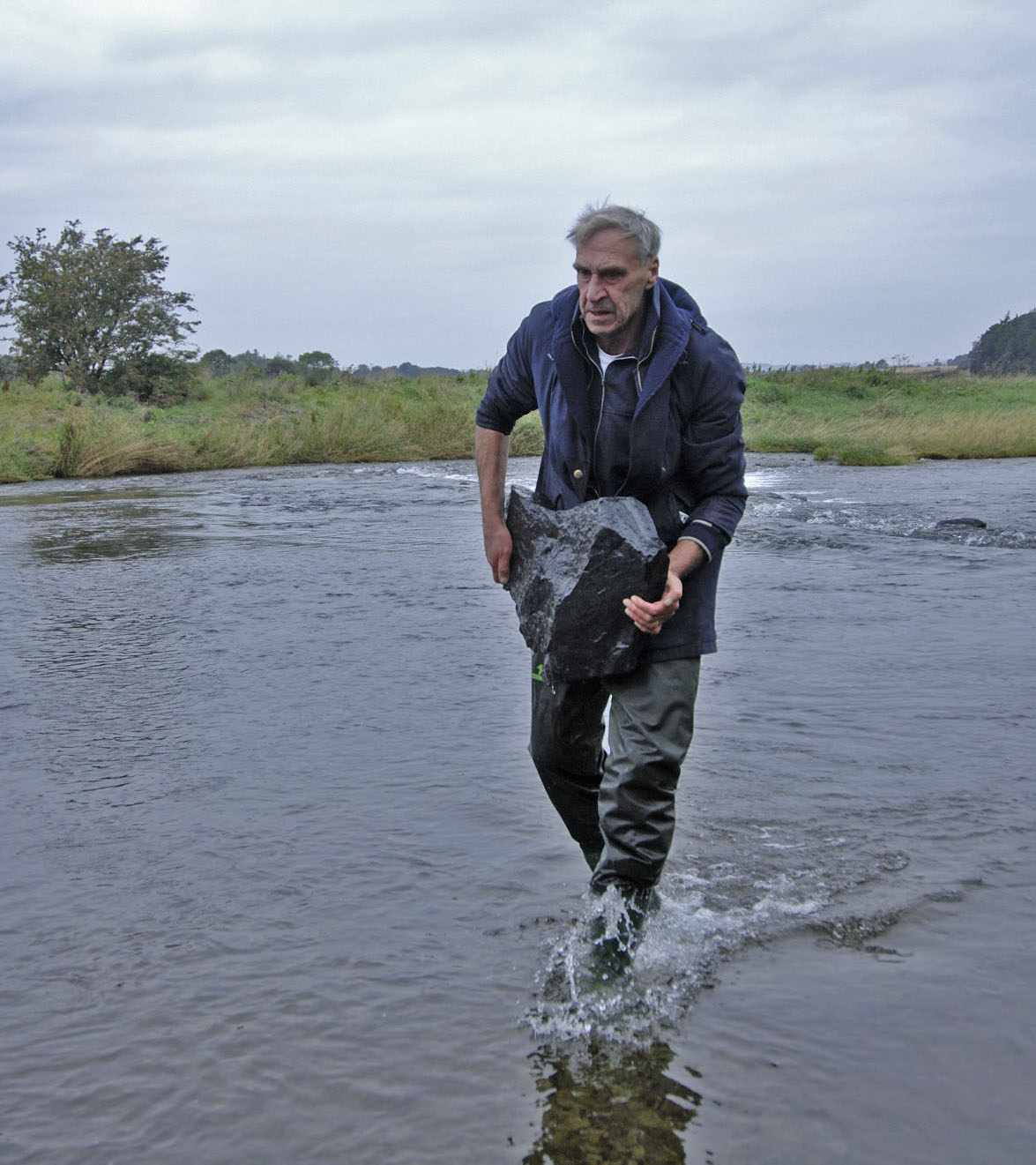 Picture 2. The late Stan Wood collecting a fossil-bearing rock from the bed of the River Whitadder in 2010. Copyright Maggie Wood.

During my career, I have worked on Late Devonian and Carboniferous tetrapods, mainly from Greenland and Scotland. The latter includes the site of East Kirkton, discovered by Stan. That gave us a window into a unique terrestrial fauna, showing the diversity of tetrapods present by the late Visean stage. Whereas the Greenland tetrapods were multi-digited with fish-like features such as bony tail fins, those from East Kirkton were up-and-running, including founding members of the lines leading to modern amphibians and amniotes. I was thus more than keen to dive into the Tournaisian to find out what was going on in that chronological and morphological gap. We needed to know not only the story of tetrapod evolution during the earliest Carboniferous, but also the environment in which the animals lived. It was known that a mass extinction among vertebrates and plants had been detected at the end of the Devonian, with subsequent loss of many fish groups, but also there appeared to be a gap for arthropods as well. Some had suggested an oxygen-depleted atmosphere was the cause of the gap.

To explore this new avenue of investigation we drew together a team of specialists that included sedimentologists, stratigraphers, palynologists and isotope geologists as well as vertebrate and invertebrate palaeontologists (Pictures 3 and 4). A NERC consortium grant combined expertise from five institutions, and our paper in Nature Ecology and Evolution summarizes our results. We called the project ‘Tetrapod World: early evolution and diversification’: TW:eed. 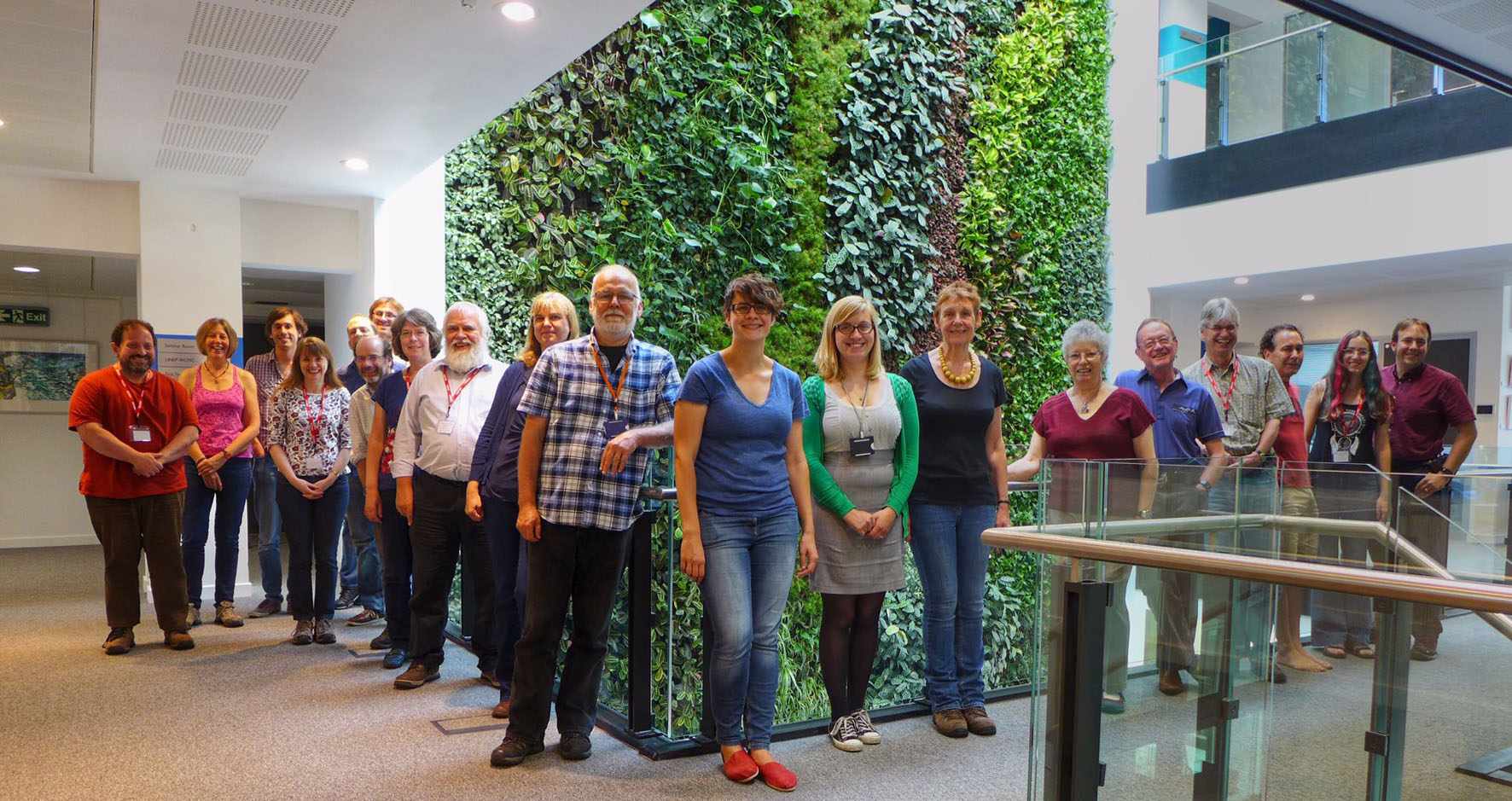 Picture 3. The TW:eed team pictured after a team meeting in the Attenborough Building in Cambridge in August 2016. Copyright Tim Kearsey 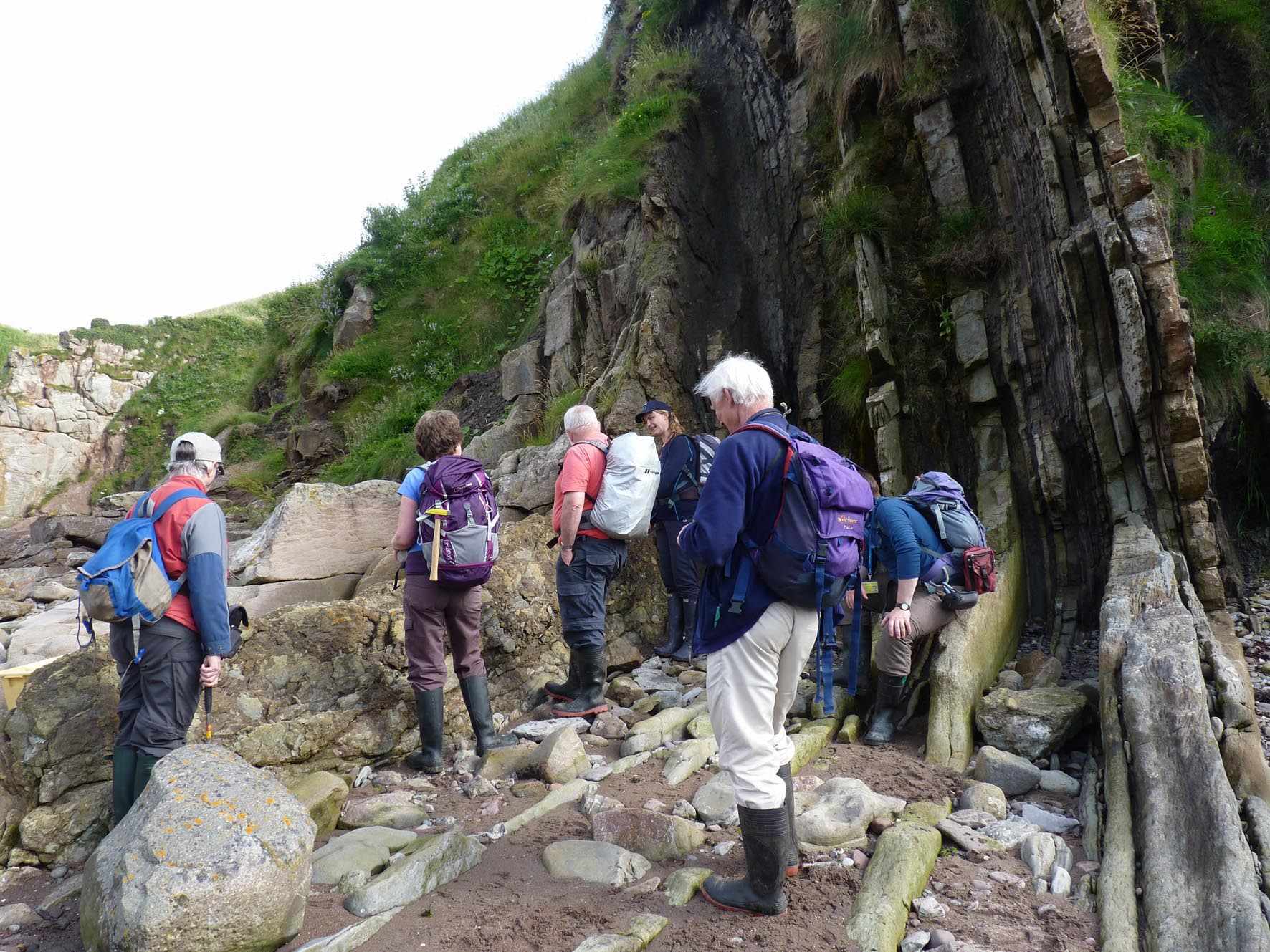 Picture 4. Members of the TW:eed team exploring the vertical strata of the Ballagan Formation at Burnmouth in October 2012. Jenny Clack is on the left. Copyright Rob Clack

The sequence at Burnmouth runs from the Devonian-Carboniferous boundary to the end of the Tournaisian stage. This sequence, and a 500m borehole core through the Ballagan Formation, were minutely logged and examined for environmental and climatic indicators.

From Burnmouth, Willie’s Hole and other sites, we have found at least 10 new taxa of tetrapods, probably more, showing that the fossil gap, if any, was probably short and quickly filled. Satisfyingly, our new taxa are morphologically and phylogenetically intermediate between Devonian and later Carboniferous forms. Closely asociated with fossil soils (palaeosols) at Burnmouth, the tetrapods were probably living at least part of the time on the land surface, hiding beneath the newly emerging plant cover and feeding on the arthropods there.

Some of our finds have been heavily dependent on new technology. A former Master’s student, Ben Otoo, working on material from Burnmouth found lungfish elements in a block of rock. He had this micro-CT scanned and found within the block, completely invisible to the eye and totally unexpected, the jaws and snout of a tiny tetrapod skull. (See Supplementary videos in the paper). Subsequently other scattered tetrapod bones have been found in associated blocks.

Collecting continues at these localities, and in summer last year, we re-excavated the site in the River Whitadder, using a coffer dam to seal off part of the river, and recover more material (Picture 5). We found not only tetrapods, but more arthropods. At least three new arthropod taxa have been found during our studies. We have also documented an early post-Devonian resurgence of diversity among lungfish, with more than 7 new taxa, and chondrichthyans, with more than 10 new taxa.

That there is clearly ample opportunity for more exploration of this key time interval in Earth evolution. Other parts of the world must preserve non-marine sequences from the Tournaisian and early Visean that can enlarge our picture of the post-Devonian world and the part it played in the evolution of life on land.

Picture 5. At work on the NMS-organised excavation of Stan’s Willie’s Hole locality in July 2016. Left hand image: David Millward of the BGS and Jenny and Rob Clack Right hand image: members of the NMS team. Copyrights Rob Clack and NMS. 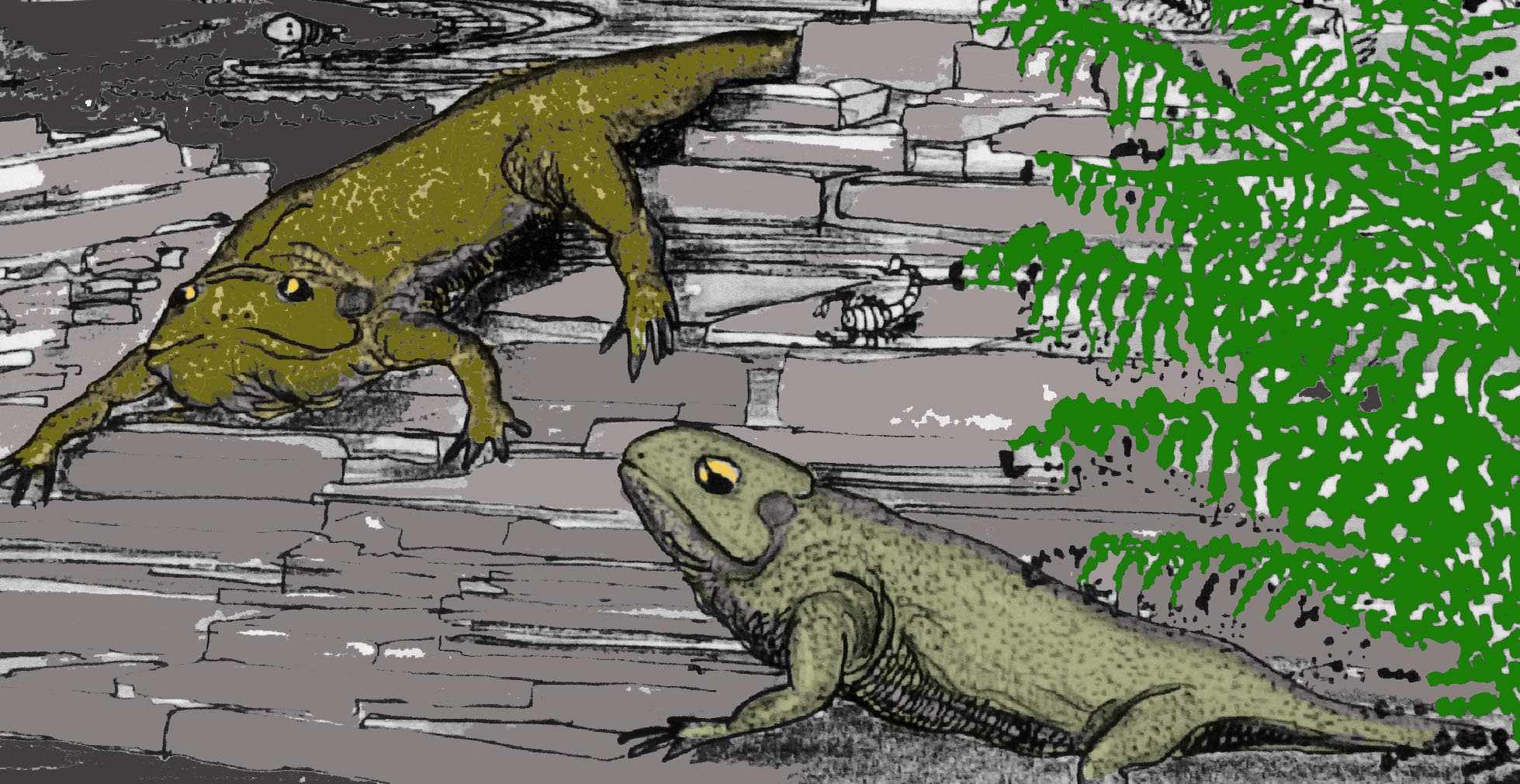 The poster image shows an impression of what one of our new species, Aytonerpeton, might have looked like. Copyright Jenny Clack. 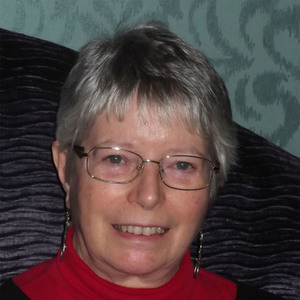