Exploring the domestication of rice in India

Oryza sativa, which we know today as the rice that half the world’s population consume as a staple, has a complicated domestication history. It seems likely to have arisen due to multiple hybridisation events, following initial domestication of older Chinese variants from wild species, then hybridisation with South Asian species. The timing of this hybridisation and the domesticated status of the South Asian rice species, however, has been greatly debated, in part because of the patchy archaeobotanical record. This is complicated by the fact that if you were to draw a map of crop domestication in the Old World, India is right at the crossroads. Strains of rice may have crossed and re-crossed here at different times, along with other crops and animals. 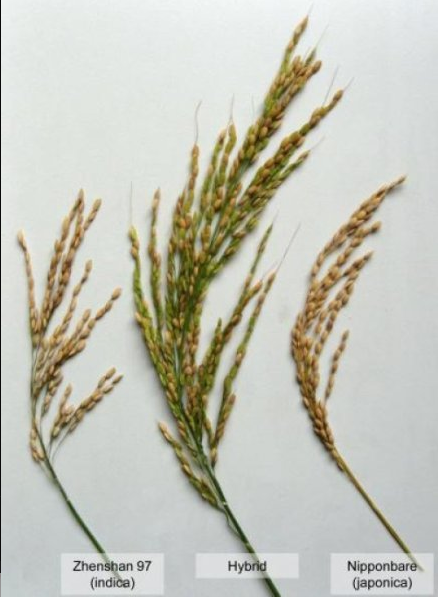 New insight is provided, however, by the radiocarbon dating of rice grains and the identification of rice spikelet bases recovered from the Indus Valley (Petrie et al. 2016; Bates et al 2016), under the remit of a project co-directed by researchers at Cambridge and Banaras Hindu Universities aimed at untangling land use and irrigation of the Harappan civilisation. They suggest that South Asian nivara rice was on the path to domestication before Chinese wetland paddy rice arrived, and that this South Asian proto-indica rice was cultivated in both wetland and dryland environments. 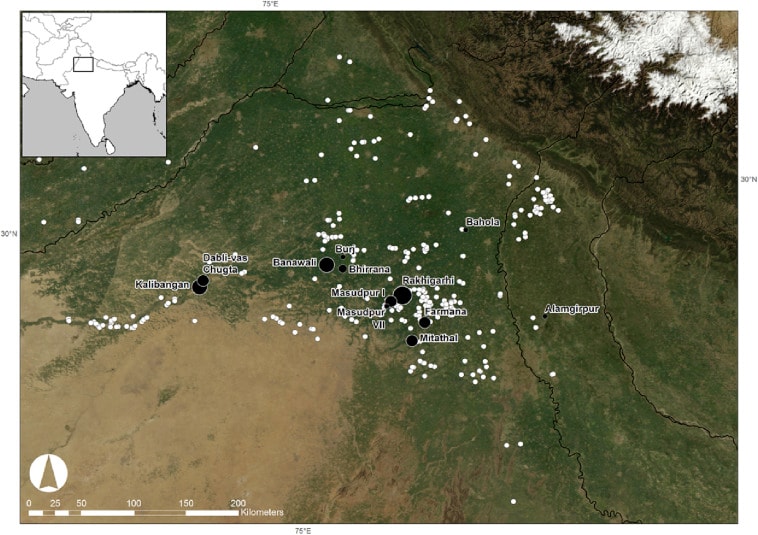 Location of the Indus Valley sites, from Bates et al 2016

Tiny rice grains and spikelet bases (the attachment point of the grain and chaff to the rest of the plant) were recovered from sediment, along with various small-grained millets (such as Echinocloa, Panicum and Setaria – it’s worth noting that ‘millet’ is more or less a generic term for any small seeded grain used as food) – and a range of pulses including those we would recognise today, such as lentils and chickpeas, as well as barley and wheat. Dating the rice and exploring the weed assemblages accompanying the crop finds reveals that multiple crops were being systematically planted and harvested together by the Early Harappan period (3200-2600 BC; Petrie et al. 2016; Bates et al 2016). The increasing proportion of domesticated type spikelet bases and decreasing wild type bases throughout the sequence suggests that rice was in fact independently domesticated in this area, forming a staple crop amid a balanced diet of grains and pulses.

Why we age: A new window into an old evolutionary problem
Contributor Nature Comms
Journal club