In the Kentish North Downs that gave us Darwin and Hamilton. 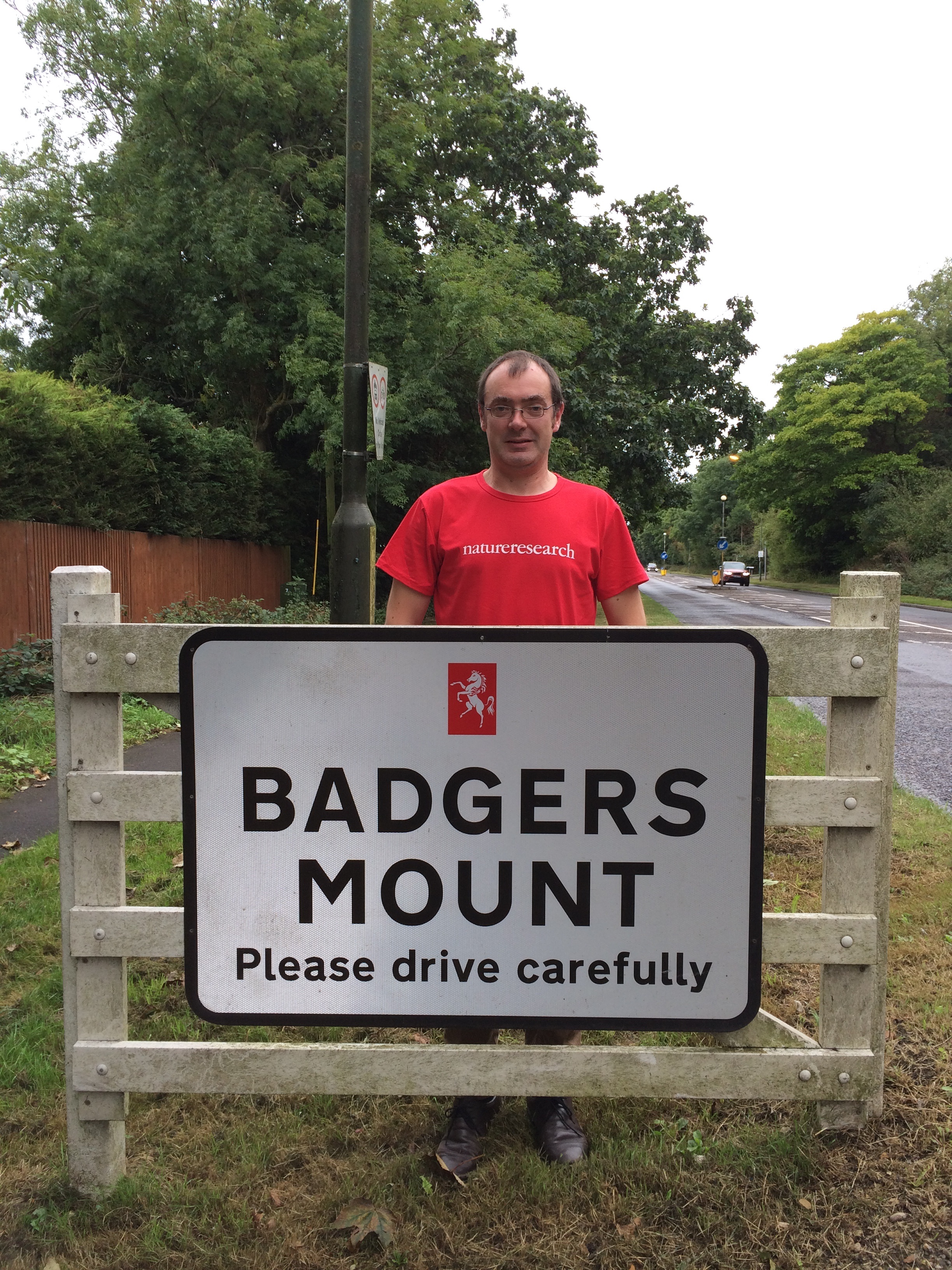 I grew up just a few miles away from Down House, where Darwin spent most of his adult life, and I can’t remember a time when I was not aware of this fact. However, it is only much more recently that I realised that even closer to where I grew up is the boyhood home of Bill Hamilton, in the village of Badgers Mount.

Bill Hamilton’s family had come from New Zealand and settled at a house called ‘Oaklea’ in Badgers Mount, at the point where the North Downs looks over the Darenth Valley (in which I myself grew up), a tributary of the Thames. In his autobiography, Hamilton talks of the literal and metaphorical dichotomy between the view one way into the valley towards the natural art of Samuel Palmer, and the other way towards the village of Downe and the scientific rationalism of Darwin. It was between these worlds that Hamilton spent his childhood as a young naturalist exploring the woods and fields. I particularly remember Andrews Wood, which abuts Badgers Mount, as being a regular destination in May to see the bluebells, and I spent many hours up and down the sides of the valley. Sadly, almost exactly thirty years ago, the M25 motorway was cut straight through these downland woods, separating Badgers Mount from the Darenth Valley except for a small footbridge. The motorway also approximately marks the boundary between what is now Greater London (Downe and Badgers Mount) and what is still officially Kent (the Darenth Valley). However, although the area is now a mix of suburbia and rural patches with a heavy human footprint, I remain optimistic that it and similar landscapes around the globe retain the ability to inspire a fascination with the natural world. After all, the landscape Hamilton found was probably as different from that of Darwin as from that of today. Even if these landscapes are of minor importance for conservation efforts, they are the places where people live and first acquire a youthful interest in biodiversity.

Patrick joined Nature Publishing Group in 2005 as an Assistant Editor at Nature Reviews Genetics and Nature Reviews Cancer. In 2008 he moved to Nature, where he served as Senior Editor covering ecology and evolution, before becoming Chief Editor of Nature Ecology & Evolution in 2016. He has handled primary manuscripts and review articles across the entire breadth of ecology and evolution, as well as advising and writing for other sections of Nature. Patrick has a degree in genetics from the University of Cambridge, did his DPhil in experimental evolution at the University of Oxford, and did postdoctoral work on evolutionary and ecological genetics at University College London in association with Imperial College London at Silwood Park.