The story behind our Oct 27 Letter in Nature is long – 20+ years long. And its length is part of the story. It illustrates the ways changing research foci, erosion of disciplinary boundaries and new technologies that came online during the study period affected the science we were able to do.

We can start our story in 1992 with the collection of two cantaloupe-sized rock concretions containing two bird fossils on Vega Island in the Antarctic Peninsula by the Instituto Antártico Argentino (IAA). These two fossils went to different Argentine institutions for study. The first paper on these remains was a short report on several bones from one of the specimens proposing their affinities with an extinct taxon called Presbyornis (Noriega and Tambussi, 1995) that had been proposed to have affinities with ducks. I read this paper when just starting my PhD.

X-ray computed tomography (CT) tool kits were just becoming field-standard in vertebrate paleontology in the late 1990’s and early 2000s. Supported by the US National Science Foundation (NSF) in collaboration with the authors of the original paper, I CT scanned the dense, largely-unprepared concretion. The block contained numerous skeletal elements. We presented in a 2005 paper the nested character support that the fossil was part of the radiation of living birds and specifically shared a combination of characters with living Anseriformes, which includes the ducks and geese (Clarke et al., 2005). There were few “rootward” calibrations for divergence dating, a powerful approach to estimating the timing of events in deep time, which is arguably now used in more papers than fossil-only approaches. The primary importance of the fossil was in establishing several branching events before the K/Pg boundary. This skeleton we identified as part of a new species, Vegavis iaai, for its provenance and collectors.

Around 2008, another collaborative group of Argentine and American scientists led by F. Novas and S. Chatterjee approached me about working on the second specimen collected in 1992. It had been meticulously prepared and almost all the rock matrix had been removed. We studied and CT scanned the fossil with new NSF support. It was clearly also part of the crown avian radiation but had an unusual combination of characters. It was identical for preserved characters with the much less complete holotype of Vegavis iaai but preserved much more of the skeleton in crisp detail. My question was – what could the skeleton tell us that was truly new other than novel details about the anatomy of this species?

As sometimes happens, other projects with compelling stories took precedence and the project, I am ashamed to admit, languished. But, as I noted, time becomes a key player in this story. Around the same time in 2011, we started working on using enhanced-contrast CT imaging methods to look at tiny cranial muscles led by my former graduate student, Zhiheng Li. Other labs were leading the way focused on embryological samples. Soon these methods, which allow sufficient contrast in soft tissues in CT imaging, were transforming anatomical approaches (reviewed in Gignac et al., 2016). Also at the same time, I was working on melanin-based coloration and thinking more about signaling in dinosaurs including birds. Time was passing.

Enough terrible noises from animatronic dinosaur exhibits the world over and something clicked. I started talking to colleagues at meetings that I knew has worked on respiration in archosaurs. One, Colleen Farmer, gratefully referred me to Tobias Riede, Midwestern University, Arizona then working with Franz Goller’s Lab at the University of Utah. As soon as we started speaking it was clear there was a productive and exciting collaboration in the works. Tobias and Colleen had worked on the anatomy of a crocodilian larynx with implications for vocal production. Franz and Tobias had looked at the role of morphological structures in acoustic diversity in songbirds and just published some key work on upper vocal tract filtering.

We started talking about larynx -and syrinx-based vocal production, the little that had been written about the evolution of the syrinx and potential fossilizable structures. Without this base and new imaging tool kits for looking at the relationship between muscle, vocal folds and the calcified cartilage support structures in the syrinx we would not have been able to do this project.

At the same moment, in fall 2013, I was preparing to return the Antarctic fossil to Argentina. We would finish our work at a distance, and I wanted to recheck the description and compare the CT data to the fossil in front of me for a few more weeks. I had had trouble identifying one tiny element still embedded in a small amount of matrix. I asked Brett Nachman, a fabulous anthropology student who had been doing some work for me that semester on different CT datasets to change the levels and do some reslices. Then it popped out to me in the scans –the 3 dimensionally preserved remains of a fossil syrinx. I don’t know if would have seen this structure or recognized its importance without the shift in my research program over then 5 years since starting work.

The Gordon and Betty Moore Foundation funded our diverse collaborative team in 2014. With this support, we were able to focus on the origin the unique vocal organ in birds blending insights from physiologists like Tobias and Franz, key developmental biology work and transcriptomics led by Cliff Tabin at Harvard (with Evan Kingsley and others), talented engineers including Scott Thomson, BYU, and paleontologists like Zhiheng Li, now building an enhanced contrast CT focused lab group as an associate professor at the Institute for Vertebrate Paleontology and Paleoanthropology, Chinese Academy of Sciences, UT postdoctoral researcher Chad Eliason and myself.

Time will tell what we will discover next, but we are having fabulous fun learning from our different perspectives and mashing up our discipline-specific knowledge right now. 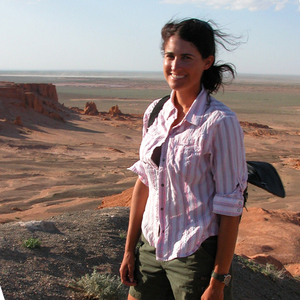