A fantastic exhibition that takes the visitor on a journey through the intertwined history of eyes and colour.

During my time as a postdoc, I studied the genetics and evolutionary history of cryptic pigmentation in Peromyscus mice and volunteered to guide visitors through The Language of Color, an exhibition featuring the diversity of colour in nature at the Harvard Museum of Natural History. Having such good memories of life as a researcher and my times at the Harvard Museum, I was very keen to visit Colour and Vision Through the Eyes of Nature at the Natural History Museum (NHM) in London. I knew I was in for a great exhibition as soon as I walked into the first room. Along with a minimalist light installation created by artist Liz West, questions like ‘How did vision evolve?’ and ‘What is the benefit of colour?’ piqued my interest.

The journey starts in the drab, simple world of the Precambrian, when few organisms had photoreceptors that enabled them to tell the difference between dark and light. Over roughly half a million years, an instant in evolutionary time, the eye evolved. The recipe was deceptively simple: add pigment cells to these simple photoreceptors that gradually deepen into a cup and the eye is able to tell the direction of the incoming light. Then, a small hole that directs light to the photosensitive cells took shape to increase image resolution. Finally a lens evolved to focus the images in the light sensitive part of the eye.

The evolution of the eye opened up a new colourful world and triggered the tremendous explosion of diversity that characterizes the Cambrian. The exhibition illustrates this diversity with amazing trilobite fossils from the Burgess Shale, found in Canada. Trilobites are among the first organisms with complex eyes and they exhibited tremendous variation not only in eyes but also body armour. From eyes so large that covered the entire head, to eyes raised above the body on towers, these creatures attest to the power of nature’s inventiveness. Good vision meant the ability to see and be seen and so began a predator-prey race that drove the evolution of body armour and colour, among other things. Equally impressive are the complex eyes and optic lobes of Early Cambrian arthropods studied by Greg Edgcombe, NHM researcher and Nature author (this and this are particularly on topic). What about colour? It is hard to know when colour vision evolved, but the exhibition tells us that rods (photoreceptors for night vision) as well as cones (photoreceptors for colour) have been found in 388 million year old fish (which reminded me of this paper I handled for Nature Communications).

By now I was already deeply impressed by the strong evolutionary perspective of the exhibition, but there was more. The next room started with a phylogeny illustrating how the eye evolved six times independently in the tree of life. How creative is nature in its evolutionary pathways! Take the simple eye at the base of each antenna in the velvet worm and contrast them with the complex eyes of arthropods, their closest relatives—right there you have a beautiful example of divergent evolution. Moving further down the room I marvelled at the diversity of eyes in molluscs—from the famous octopus lensed eyes (similar to those in vertebrates) to the compound eyes in bivalves (like the eyes in arthropods)— brilliant examples of convergent evolution. While this wasn’t entirely new to me, the exhibition is full of nuggets that came as a surprise. I learned that, unlike nocturnal animals, geckos see colour even at night. And there are lucinid bivalves that borrow themselves in the sediment and have patterned shells on the inside (sometimes it is just fine to humbly admit we don’t know why a trait evolved).

Next up: the function of colour. The exhibition shows off some of the museum’s impressive stuffed specimens with their dull colours or patterns for camouflage. Colour for communications, whether for warning or to attract mates, was also featured. I particularly enjoyed the collection of toxic ladybirds (the more bright red they are the more toxic to their potential predators). It was also nice to see how the vibrant nacre in abalone shells and the dark melanin in beetle’s forewings make them tremendously strong-- apparently colour can also be just a by-product.

The exhibition ends with a video with astonishing images of colourful nature along with testaments from scientist and artist talking us through what colour means to them. Neil Harbisson, a colour-blind artist explains that he has had had an antenna implanted in his head to enable him to hear colour!

Colour and Vision Through the Eyes of Nature is a fantastic exhibition that takes the visitor on a journey through the intertwined history of eyes and colour—from the evolutionary history of the eye, to the function of colour and the role they together play in driving natural diversity. To me, its engaging power comes from the outstanding beautiful colours displayed from the natural world as well as the strong evolutionary perspective that guides us through the exhibition. E&E community, don’t miss it! It’s on display at the NHM in London until the 6th of November. 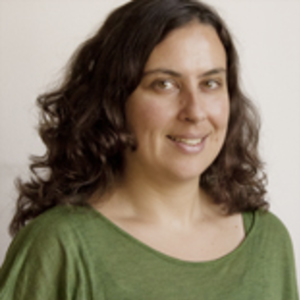