How electrical circuits sparked a breakthrough in evolutionary theory

With a broad background in biology and computing (among other things!), I’ve long been interested in studying evolution on theoretical fitness landscapes in both evolutionary computation (search algorithms inspired by evolution) and computational evolution (using computational simulations to try to understand biological evolution). Thus, I got quite excited when I first met my co-author Brandon at a seminar he was giving on the evolution of infectious diseases, which is where I first learned of the existence of empirically determined fitness landscapes. This encounter quickly turned into a fun and productive collaboration between the two of us. Brandon (and colleagues) had previously used published data to infer 29 distinct fitness landscapes of malarial growth rates under various doses of two drugs. These empirical fitness landscapes were like playgrounds to me! I wrote an evolutionary simulator and we began brainstorming and testing various hypotheses on these models of real landscapes. We first made some good progress developing new metrics of "deception", which quantify the effects of sign epistasis on a given population, and showing how these metrics applied to polymorphic initial populations could predict near-term evolutionary dynamics (see paper here). However, we recognized that these metrics were limited in that they only contained useful information about the portion of the landscape sampled by the current population.

Brandon then suggested that we study evolution from all possible monomorphic “seed” populations, in order to tackle questions such as how infections started from rare mutants could impact the evolution of drug resistance and how one might use empirical fitness landscapes to inform drug design. We were surprised to discover unexpectedly large differences in the number of simulated generations it took to evolve maximal drug resistance under various drug treatment regimes when starting from different seed genotypes, even along evolutionary paths of the same lengths. After a LOT of time spent doing exploratory data analysis to try to determine what underlying factors of the landscape were predictive of the speed of evolution, it occurred to me that gene flow along an evolutionary trajectory was analogous to the flow of electrical current along a serial circuit with varying resistance, where the amount of evolutionary “resistance” along a path was determined by the sum of the reciprocals of the differences in growth rates between “adjacent” genotypes on the path (those that differed by only one mutation). I will never forget the excitement I felt when I first plotted the log of the number of generations until maximal resistance had evolved against the log of this new metric and was astonished to see an almost perfect fit (R2 > 0.96)! This was the kind of exciting "Eureka" moment that every scientist waits for!

However, the strength of this relationship seemed almost too good to be true, and in retrospect seemed so obvious to me, that I figured it must already be a well-known result. As we launched an intensive literature review and had discussions with a number of well-respected evolutionary biologists, I kept trying to prepare myself for the disappointment I would feel if we found this result had already been published. I became increasingly relieved and excited as the scientific colleagues we spoke with had not seen this before and found it quite interesting, and when nothing turned up in our literature search. Inspired by a suggestion from Josh Weitz that the relationship we had empirically discovered was consistent with the theory of replicator dynamics, I was then able to derive this relationship from first principles -- thanks go to my son, Stuart Heinrich, who helped me improve the mathematical rigor and presentation of this derivation.

Once we had discovered this governing principle for the speed of evolution along specific adaptive trajectories, we were then able to understand several quirks of evolution that previously had us scratching our heads. For example, we could now see why the greediest trajectories were not always the most likely to be followed, and why adaptive rates varied non-linearly and non-monotonically with dosage. It then helped inform additional experiments, such as the ones presented in the paper that revealed potential pitfalls to be avoided in the development of new antimicrobial treatments. Brandon and I have many ideas about extensions to this work and look forward to working together in the years to come.

The paper is available here: http://go.nature.com/2fk6skk 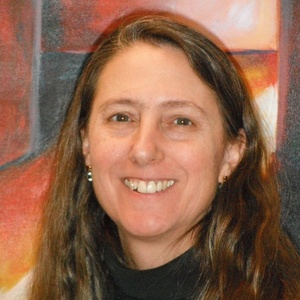 Professor and Chair of Computer Science, University of Vermont