Marine, extreme, but not pristine: Anthropogenic pollution in the deepest ecosystem on Earth

Are the most remote and inaccessible habitats on Earth really as pristine as we like to think? Are the very deepest depths of the oceans really that out of sight? and should they out of mind? This clearly isn’t going to be a good news story, by my colleagues and I have, I suppose inadvertently, stumbled across a stark reminder of the reach of human activities on the ocean. We identified extraordinary levels of anthropogenic pollutants in amphipods from two of the deepest ocean trenches to depths exceeding 10 kilometres. Contaminant levels were at times considerably higher than documented for nearby regions of heavy industrialisation. Here I share some background to the study and some sobering thoughts and perspectives on what this all means.

The paper in Nature Ecology & Evolution is here: http://rdcu.be/yizP

For nearly ten years I have been travelling to the deep subduction zones beneath the Pacific to deploy full ocean depth rated ‘lander’ vehicles to the deepest places on Earth.With a small band of likeminded individuals we do this regularly to redress the chronic under-exploration of the deepest 45% of the oceans.We use bespoke camera and traps to investigate biodiversity, ecology, life history, behaviour, zonation, phylogenetics, physiology and all sorts of other fascinating things relating to good old fashioned natural history, albeit at extraordinary high pressures. The ‘Hadal Zone’ (6 to 11km deep) is where we work and we take some pride in carving out a career in traditional marine exploration and discovery in arguably the last great marine frontier, and without having to wrestle with anthropogenic impacts (although it is increasing difficult these days).

While at the University of Aberdeen, through a friend-of-a-friend deal I managed to get a small ‘taster’ sample of amphipods from 8000 metres deep in the Kermadec Trench (Off New Zealand) analysed at the James Hutton Institute. After a few weeks the word came back that the sample was “more contaminated than an earthworm in Aberdeen” (not that Aberdonian earthworms are any kind of benchmark for pollution of course), but that was encouraging, albeit not necessarily setting this up for a good news story.

Thomas G. Thompson. Likewise, in November that year we managed nearly 50 deployments from 5000 to 10,600 m in the Mariana Trench from the RV Falkor. So after Prof. Stuart Piertney and I had spent too long at sea in the Western Pacific, amongst many interesting scientific discoveries, we had our samples for this particular study. 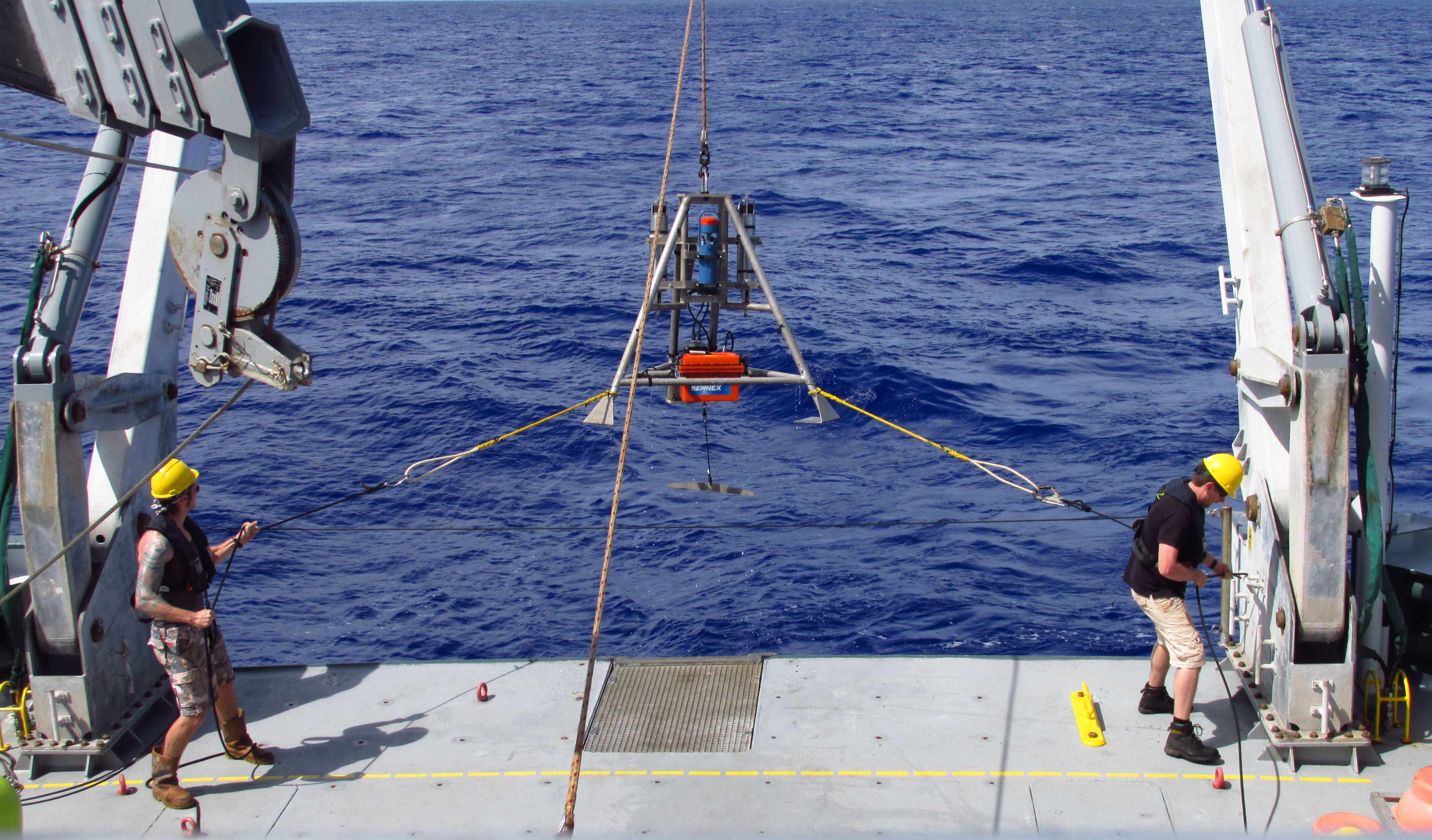 So here’s the depressing bit: we found that regardless of depth (between 7000 and 10,500m), regardless of species (in this case benthic amphipods), regardless of trench (the Mariana and the Kermadec), we found these scavenging crustaceans were loaded with both PCBs and PBDEs. There were striking variations between trenches and between PCB and PBDEs levels (which we brought Dr. Toyo Fujii in to statistically test), but the salient finding is that man’s footprint is thoroughly imprinted on some of the most extreme and remote marine environments on Earth. 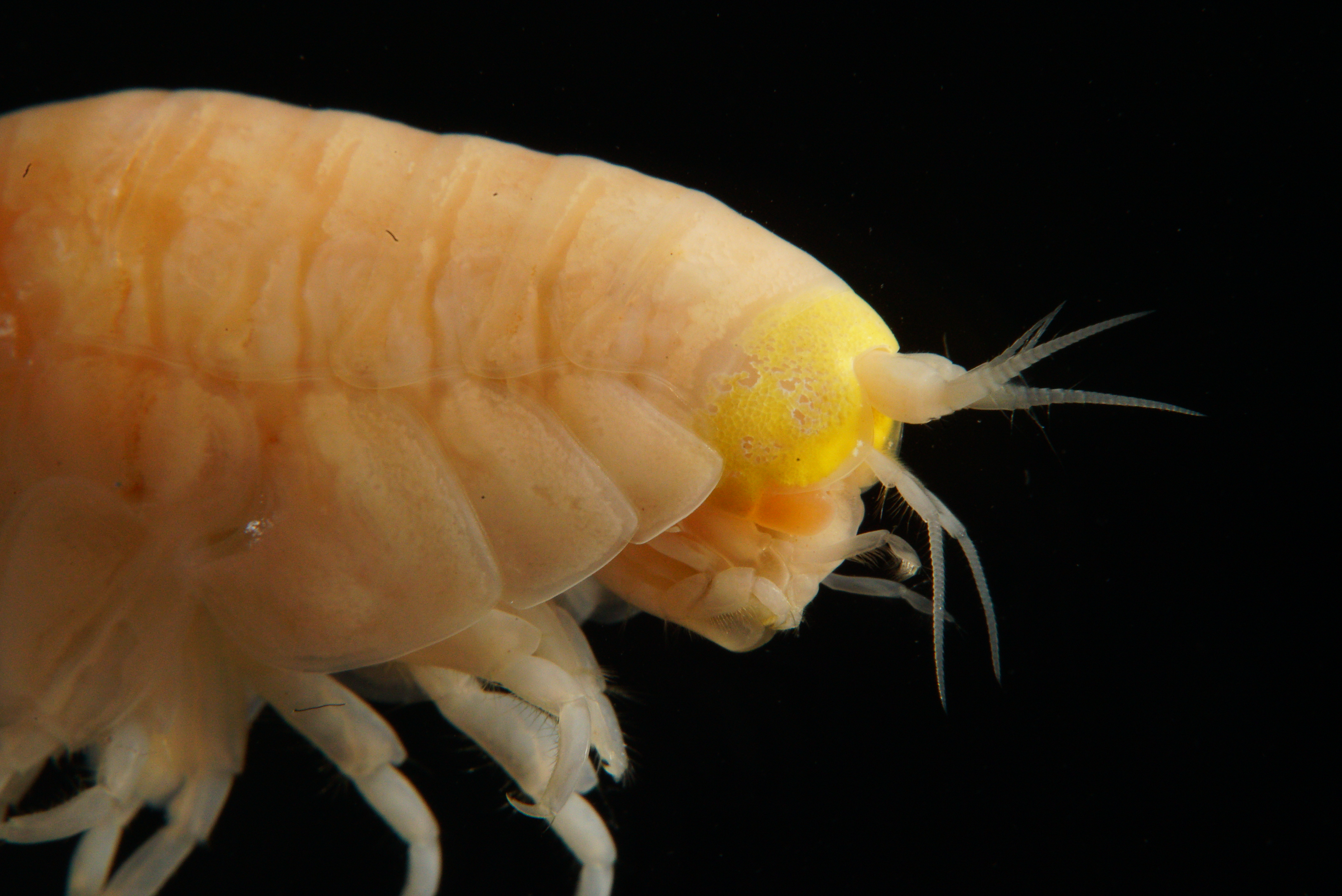 Fig 2. Hirondellea gigas from full ocean depth. (10,890m). The amphipods are highly adapted to intercept and consume just about anything organic that falls from the surface – from particulates to whale carcasses, unfortunately that also includes any contamination picked up at the surface © Dr. Alan Jamieson, Newcastle University.

are immense in the context of the physiological adaptations organisms require for survival, and equally clever engineering solutions for human exploration, but the 11km that so easily swallows Mount Everest is still only 11km.Here is my perspective: 11km is only half the length of Manhattan Island, 11km is the width of the Mississippi River at its widest point, I could legally drive 11km in less than 6 minutes, a friend of mine could drive 11km in 4 min 6 s, and Mo Farah could run 11km in less than 30 minutes. Doesn’t seem that far now does it? In reality the deep sea just isn’t that remote, and the great depth and pressures perform nothing but an imaginary defence against the effects of what we do ‘up here’. The bottom line is that the deep sea - most of planet earth - is anything but exempt from the consequences of what happens above it, and it is about time we recognised that: The legacy and reach of mankind’s influence is most vivid by its impact on the most remote and inaccessible habitats on Earth. 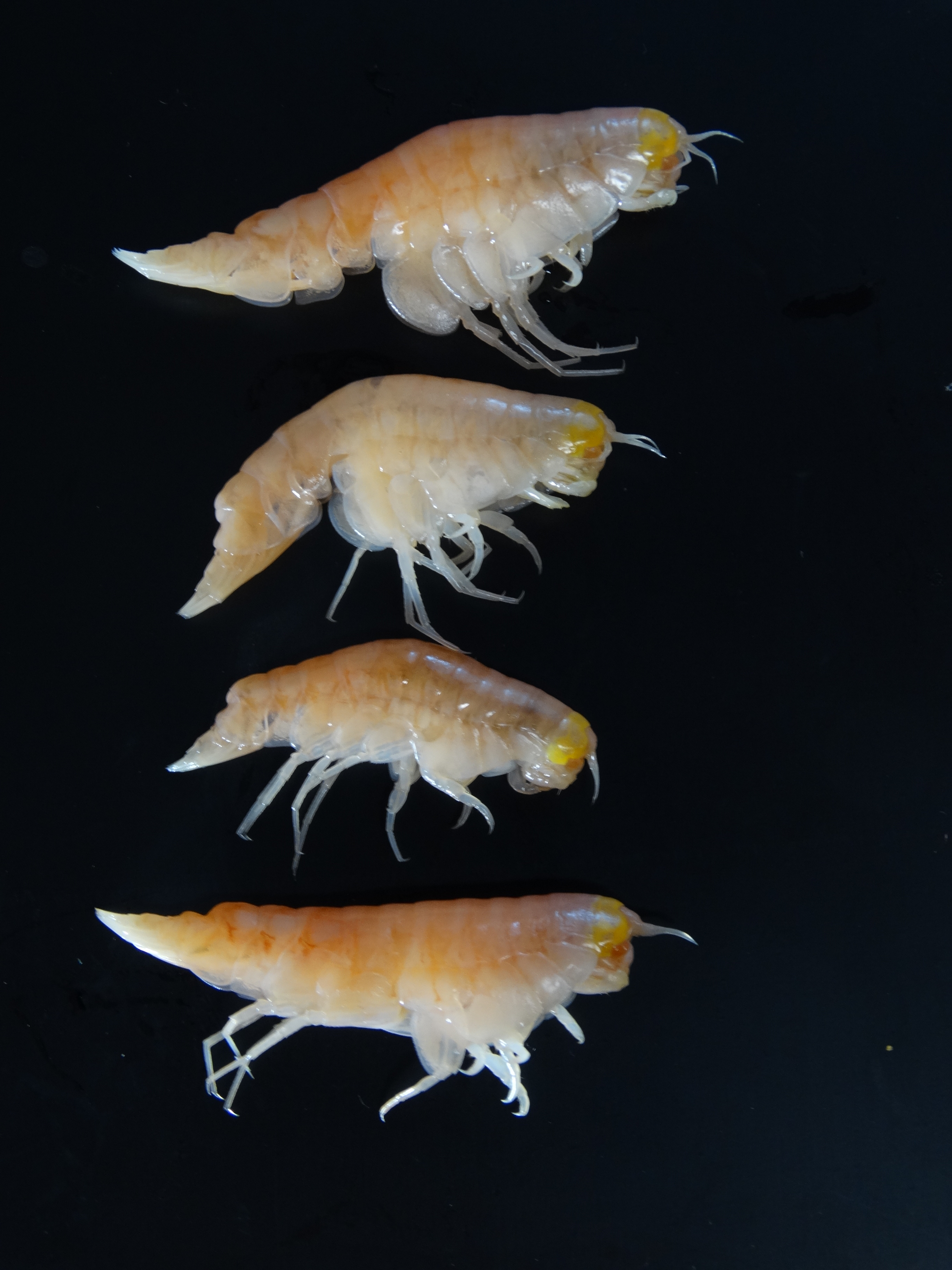