What insect feeding tells us about recovery patterns in Patagonia after the asteroid impact that killed the dinosaurs.

Approximately 66 million years ago at the end of the Cretaceous Period, an asteroid collided with Earth at Chicxulub, Mexico, leading to catastrophic effects globally. The subsequent mass extinction, known as the Cretaceous-Paleogene extinction, is one of the most severe in the history of life on Earth and led to the demise of many groups of organisms, including the dinosaurs. Most of what is known about the extinction and recovery of life on land during this time comes from a relatively small area in the Western USA, which has limited our understanding of the effects of the asteroid impact on terrestrial ecosystems in other parts of the world. However, recent paleontological evidence from the Southern Hemisphere suggests that extinction and recovery may have been very different in southern latitudes at locations far away from the Chicxulub impact site. This has led to the hypothesis that parts of the Southern Hemisphere acted as refuges for biodiversity.

Plant-insect interactions provide a wealth of information about food webs on land - they are known to respond to major environmental changes, such as climate change, and can provide clues about the kinds of insects that made the damage. Not many insect body fossils from the Cretaceous-Paleogene boundary interval have been found, but we do have fossils of insect feeding preserved on fossilized plant leaves. We wanted to test the Southern Hemisphere biodiversity refuge hypothesis, and recently collected Cretaceous and Paleogene fossil floras from Patagonia, Argentina provided an excellent opportunity to do so. 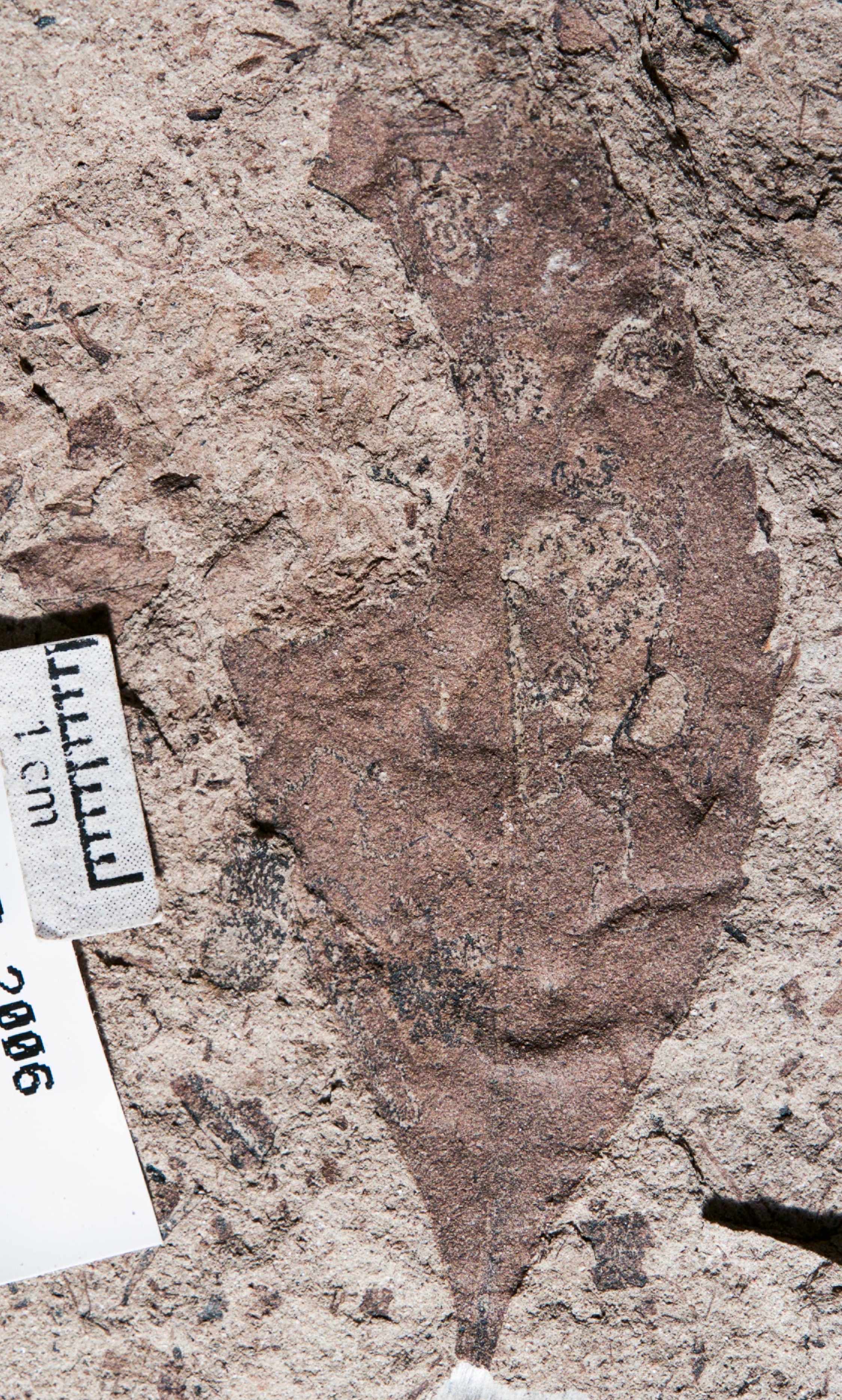 The fossils used in this study are curated at Museo Paleontológico Egidio Feruglio in Trelew, Patagonia, Argentina. Over the course of two trips to the museum, I examined thousands of fossil leaves for insect damage, spending weeks looking at tiny bite marks under the microscope. If damage was present, I categorized it into one of 69 different categories based on the feeding marks’ physical characteristics. This categorization process allows us to analyze changes in diversity of insect feeding types over time and at different localities. 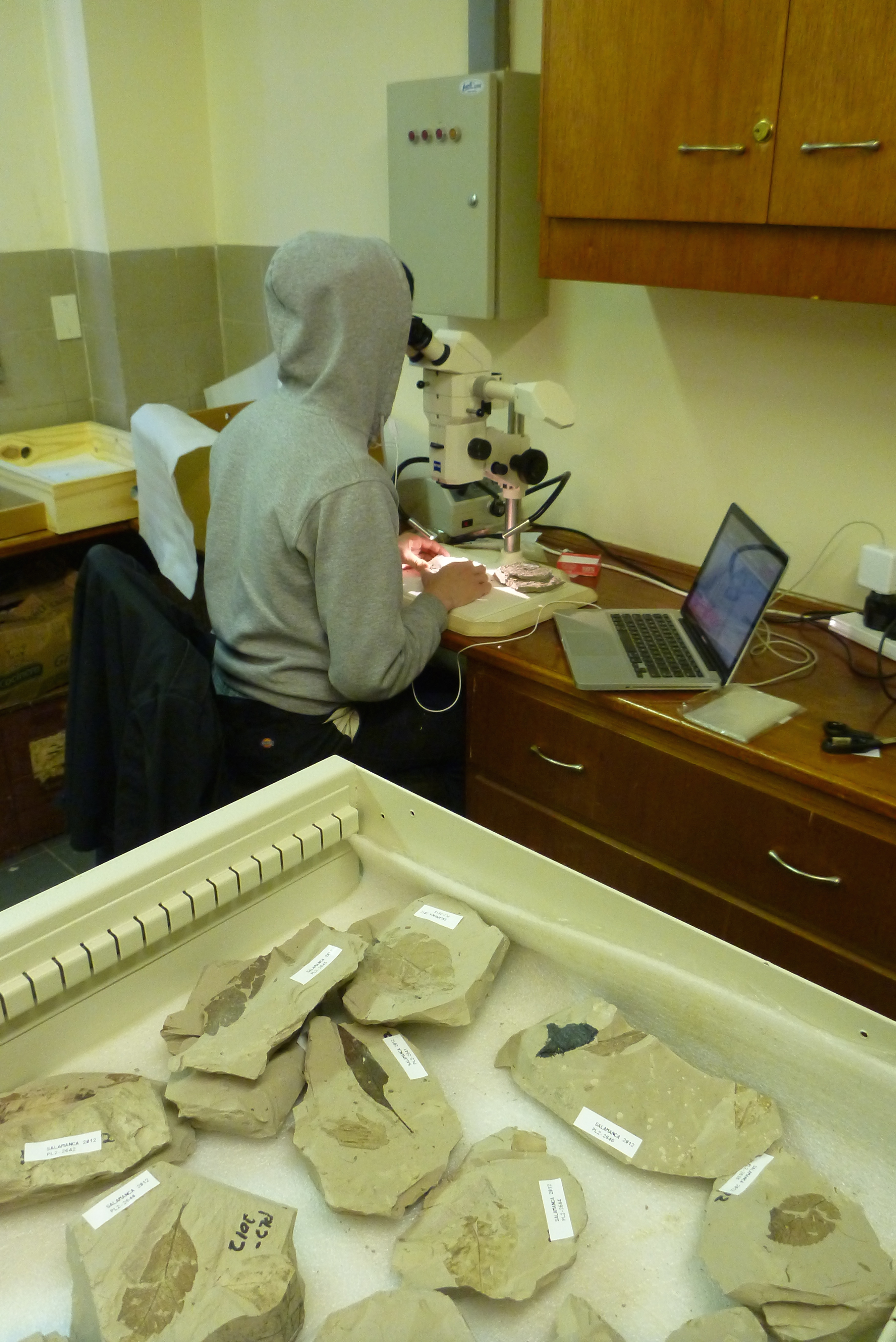 Long hours at the microscope (Photo by Ari Iglesias)

To determine how plant-insect interactions were affected by the asteroid impact, we looked at Patagonian plant fossils from four different time slices - one from before the impact (latest Cretaceous Period), and three from after the impact (early Paleocene Period). We then compared them to insect damage from the Western USA from the same time interval. I noticed immediately that the insect damage on the Patagonian plant fossils was incredibly diverse! We also compared Cretaceous and Paleocene leaf mines, a type of damage made by the larvae of some species of moths, flies, wasps, and beetles that live in and feed on leaf tissue.

After analyzing the data, we found that total damage diversity decreased significantly from the Cretaceous to Paleocene in Patagonia, suggesting an insect extinction, but recovery occurred much more rapidly in Patagonia than it did in the Western USA. In fact, insect feeding damage in Patagonia returned to pre-extinction levels within 4 million years of the asteroid impact, while it took 9 million years before the same could be said of the Western USA. We did not find similar leaf mine damage in Patagonia in the Cretaceous and Paleocene, suggesting a major extinction of these insects. In the Western USA, leaf mines were very rare in the early Paleocene. However, we found many new types of leaf mine damage on the Argentinian Paleocene leaves, providing additional evidence for a more rapid recovery of plant-insect associations in Patagonia. Overall, these results suggest major variations in terrestrial recovery patterns globally, possibly related to distance from the impact crater. 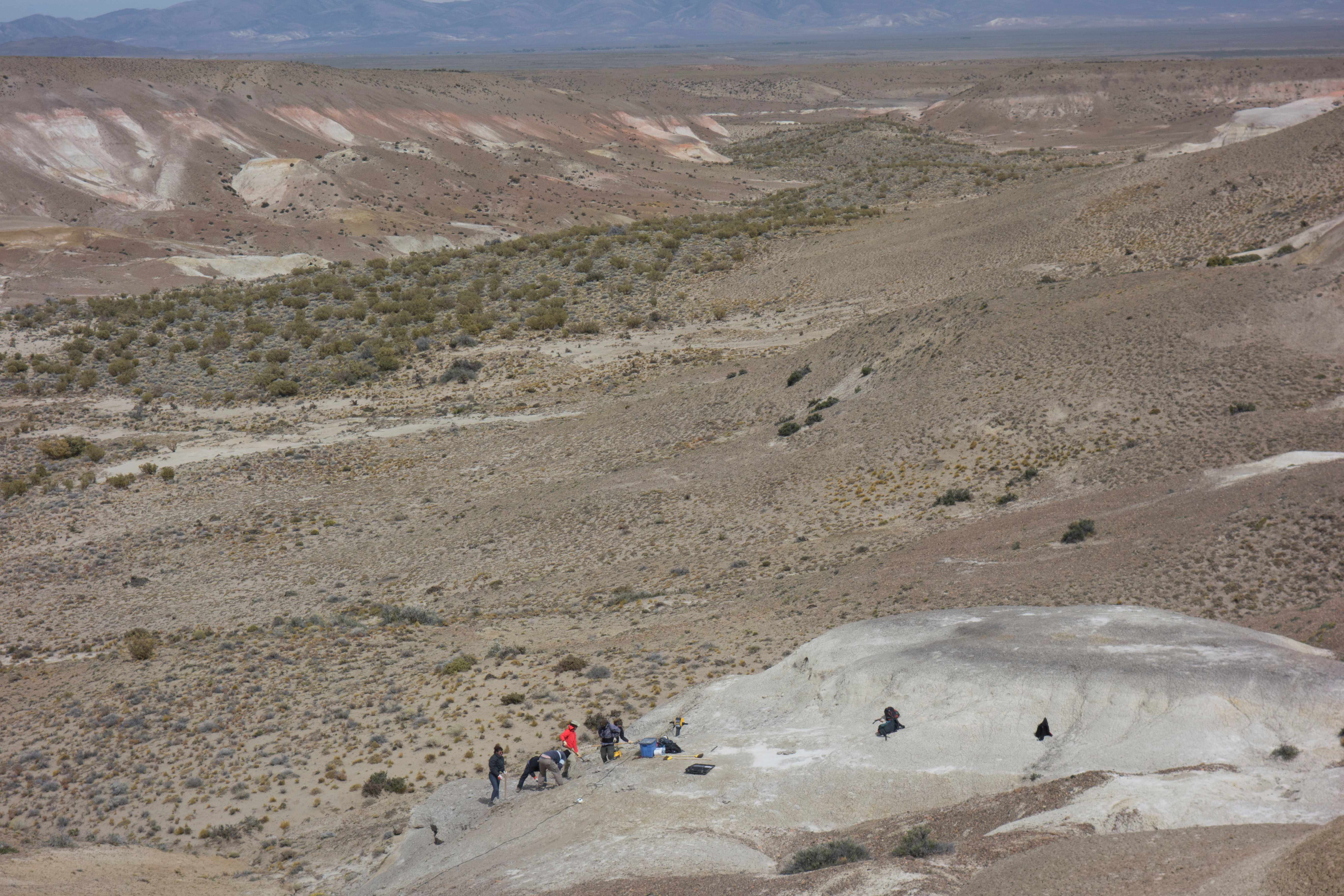 2012 excavation of the Palacio de los Loros 2 fossil plant locality in Chubut, Patagonia, Argentina. The fossils there were formed in the early Paleocene around 64 million years ago. (Photo by Peter Wilf)

The article in Nature Ecology & Evolution can be found here: http://go.nature.com/2eFCdEi 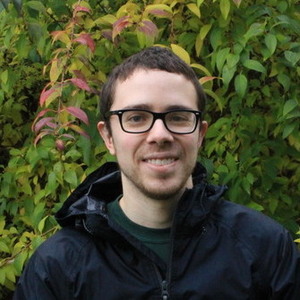